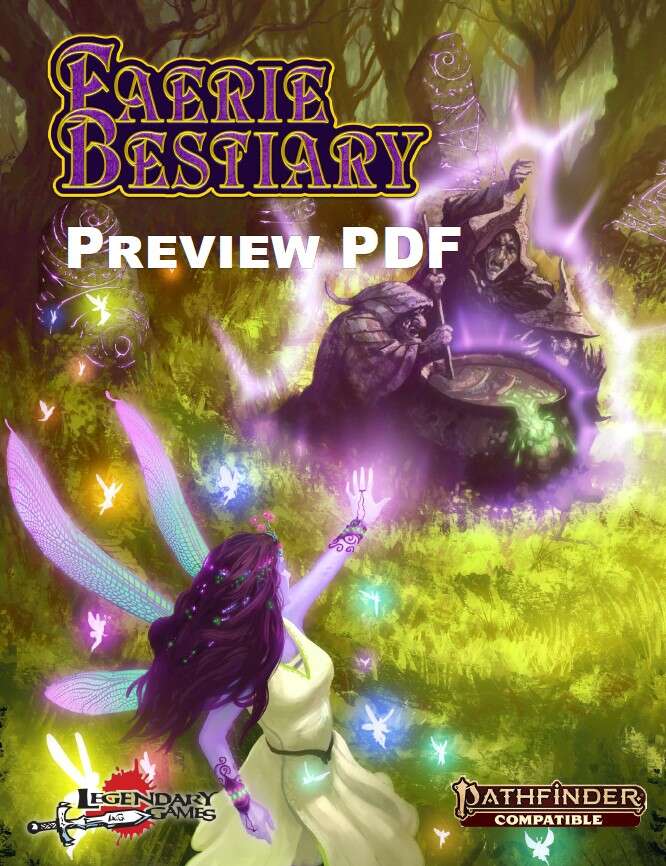 With the virtual convention Roll20Con wrapping up this weekend, there’s still time to grab the free offerings from the convention on the Roll20 Marketplace. You can pick up starter sets for Call of Cthulhu and Alien RPG, the full system for Alice is Missing, quickstarts for Deadlands, The Dark Eye, Call of Cthulhu, Apocalypse Keys, and Monster of the Week, and adventures for Pathfinder, Call of Cthulhu, and Vampire: The Masquerade, plus map and token collections.

PTWP Maps released a pair of maps, each one available in day and night version with and without a grid: The Rope Bridge Map Pack 1 and Island Adventure Map Pack 3.

And for those needing a last-minute spooky map for Halloween, Winden Fantasy has the Graveyard Road Battle Map. This one’s only available in night versions for obvious reasons, but does come with and without fog, glowing lights, and pumpkins all in gridded and non-gridded.

There’s also the Cult Dining Table from Nisaya Studio, perfect for a large festival dining experience that seems just a bit…off. Comes in versions with the table set with delicious and not-at-all suspicious food and one that is creepily empty.

If you’re looking for a one-shot sci-fi horror, Ouijames Games released Game Over, Man, a single session RPG for up to six players plus gamemaster where the players are space infantry set to clear out an infestation of alien life forms. Aside from the very obvious Alien inspiration, the game also draws from Predator, The Thing, and the video game series X-Com.

Old School Role Playing released They Could Be Gods, an adventure for the Cepheus Engine, a retroclone RPG based on the rules for the original Traveller. An encounter with an unexpected ion storm causes havoc on the ship with one character suddenly gaining psionic powers that seem to be corrupting them.

For some space adventures that aren’t quite as horror-focused, Free Radicals Press gives us No One Owns the Sky, a rules-light RPG about a crew of ragtag misfits on a ship on the edge of colonized space trying to survive from job-to-job with obvious inspiration from series like Firefly, Farscape, and Cowboy Bebop.

And for those who want the “western” without the “space”, One Shot RPG has Way of the Gun, a one-shot RPG in a world of gamblers, gunslingers, and cowboys.

Windmill Slam Games has a horror adventure for 5e, The Haunting of Blye Street just in time for Halloween. Blye Street in the hamlet of Joust had a reputation for the finest shopping in the realms before a mysterious fire swept through the district where over two dozen people disappeared (though only two bodies were recovered). Can the party determine who started the fires and why before the dreaded Night of the Inferno causes Blye Street to rise from its ashes and seek revenge?

If you’re looking for a new organization to place in your campaign either as antagonist or ally, Dramatic Dragons has The Harpy’s Claws: A 5e Compatible Organization. Despite the title, this is a system-neutral organization that works in any fantasy campaign with backstories, plot hooks, motivations, and secrets that just happens to have 5e stats for the key NPCs within the organization.

For more horror adventures, DM’s Guild has The Haunting of Harpstone Manor from Peter Carlson for 5th level characters. Marchioness Halberta Harpstone is asleep and will not wake despite experiencing unending nightmares as the staff of the manor are assaulted in the night by a mysterious entity.

Fans of the Spelljammer setting will want to look at William Rotor’s Spelljammer Heists, a collection of a dozen plane-hopping adventures across the multiverse to steal a prize that no adventurer can resist: Themselves. Yes, these linked adventures send the party to rescue alternate versions of themselves at the center of a cosmic-scale evil plot.

Over on Storyteller’s Vault, Sam Haney and Jun R Miller released Halloween in Shady Oaks, a module for Changeling: The Dreaming 20th Anniversary about Wendy Applebaum’s mission to make the neighborhood safe for Changeling children to have the best Halloween ever. It even has a random Trick-or-Treating table!

Once again, we have a plethora of new classes and subclasses available on DM’s Guild. All are either free or pay-what-you-want with the suggested price in paratheses. 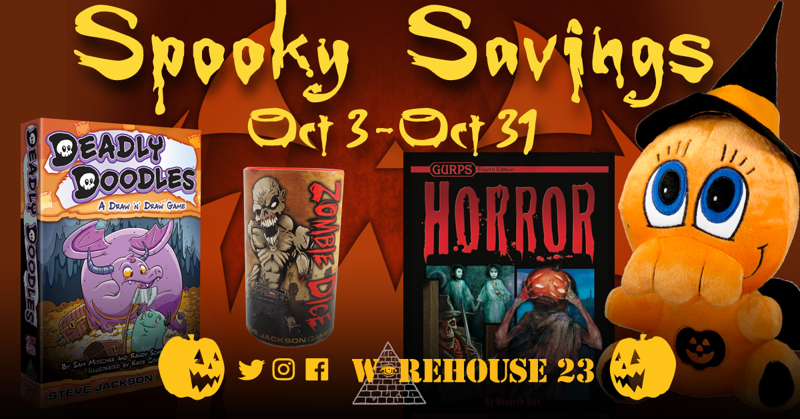 DriveThruRPG’s Halloween sale is something you do not want to pass up as there are over fourteen thousand products on sale. World of Darkness, Chronicles of Darkness, Call of Cthulhu, Vaesen, Delta Green, Warhammer 40,000 Wrath & Glory, Monster of the Week, Shiver, Eclipse Phase, Blackbirds RPG Powered By Zweihander, and that’s just some of the core rulebooks on sale not counting sourcebooks, adventures, expansions, map packs, VTT assets, GM guides, fiction, accessories, and anything else you can probably think of.

Steve Jackson Games and their distribution arm Warehouse 23 are having a Halloween sale on select spooky products. On top of discounts, they have freebies to give away with physical orders where the larger your order, the more stuff you get: $25 or more gets you Z-Shot Score Pad, $40 or more adds on Deadly Doodles Halloween Score Pad, $60 or more adds glow-in-the-dark Halloween Dice, and $100 or more adds the hardcover of GURPS Zombies.

Sure, it’s great to run a spooky-themed adventure or campaign for Halloween, but what about spooky options for characters? The Spooky Bundle features eleven creepy subclasses collected to give new options to fight (or become) the monster.

Brian Balagot has a non-spooky Halloween treat for Spelljammer fans with the No Tricks, Just Treats bundle. The bundle features a trio of adventures from become ace astral space fighter pilots to chasing a sentient starsquit that accidentally captured a fishing vessel to a dangerous system where the body of a dead god is causing solar flares to threaten the planets. 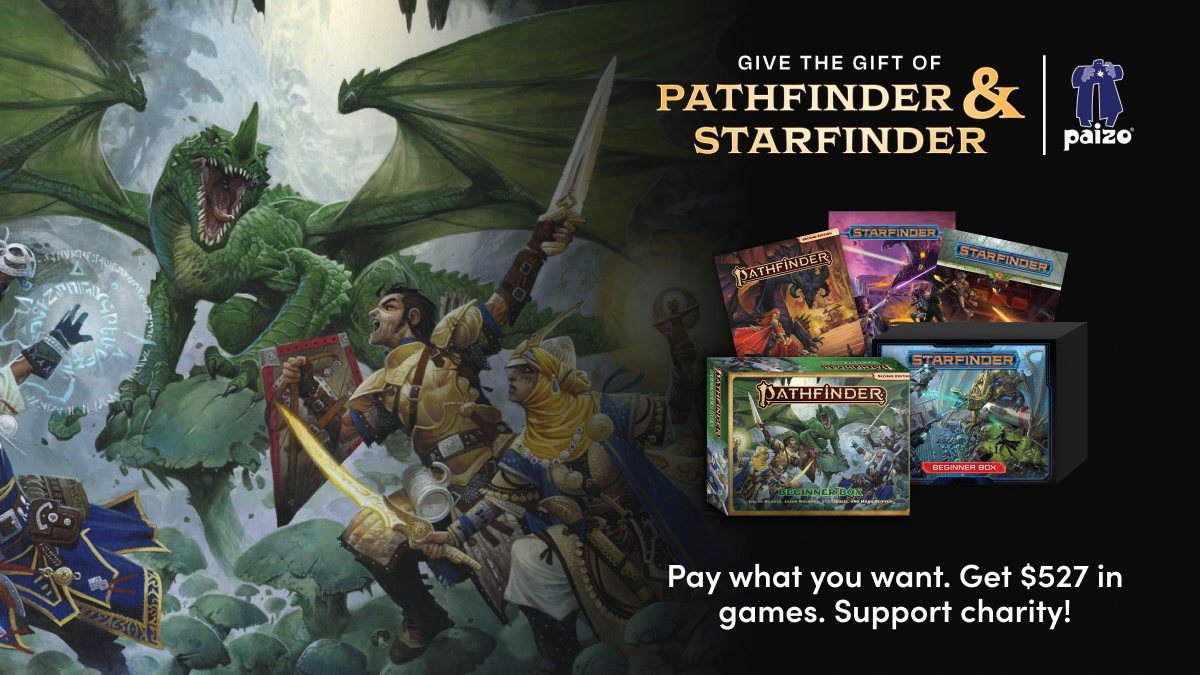 Bundle of Holding and Stiff Whiskers Press has a small bundle for the standalone Lovecraft-meets-Old West RPG Weird Frontiers. Based on Dungeon Crawl Classics, this alternate history 1865 features awakened Elder Gods in the American West. The base level gets you the core rulebook and judge’s screen, while the bonus collection adds on five adventures in the Weird Frontiers setting.

Humble Bundle has the perfect bundle to introduce new players to the World of Darkness in both tabletop and video game forms. The top tier of the bundle includes the Vampire: The Masquerade 5th Edition core rulebook plus the faction sourcebooks Anarch and Camarilla along with licensed video games for Vampire including Coteries of New York, Shadows of New York, Night Road, Parliament of Knives, Sins of the Sires, and Out for Blood on top of the other World of Darkness titles like Werewolf: The Apocalypse – Heart of the Forest and the VR game Wraith: The Oblivion – Afterlife.


That’s all for this week! If you know of any bundles or sales starting soon, please contact me on the EN World Discord or send me a message here on EN World. Discount percentages have been rounded to the nearest whole number and are based on the standard retail price provided by the site. Note: Links to Amazon, Humble Store, Humble Bundle, Fantasy Grounds, and/or DriveThruRPG may contain affiliate links with the proceeds going to the author of this column.
Last edited: Oct 30, 2022
Click to expand...