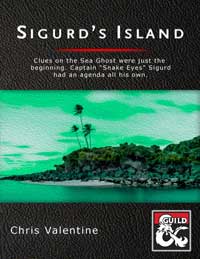 Sigurd's Island, Part 1 of the Tendrils of Saltmarsh trilogy, is now available on DMsGuild.

This 5e supplement explores the character Captain Sigurd "Snake Eyes" and takes the players to his hidden island base. There they uncover more plots he and his fleet were involved in. 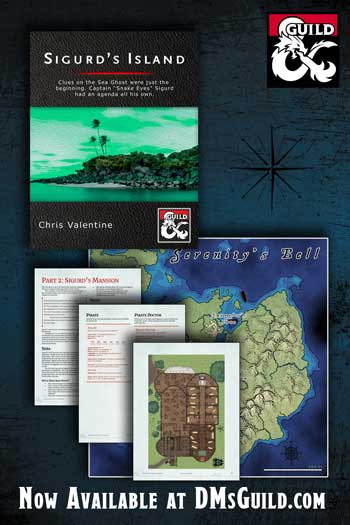