Skybound is a Fantasy Space-Western involving Robot Cowboys, Elf Clones, and Aethernet Trolls. It's a d52 system that uses decks of cards instead of dice, which was also used in my previous game Westbound. This preview includes the basic rules of play, including combat, social manipulation, hacking, and magic.
On the Skybound Website is some entry-level play material, including intro adventures on the Streets, in Space, and inside the Web. 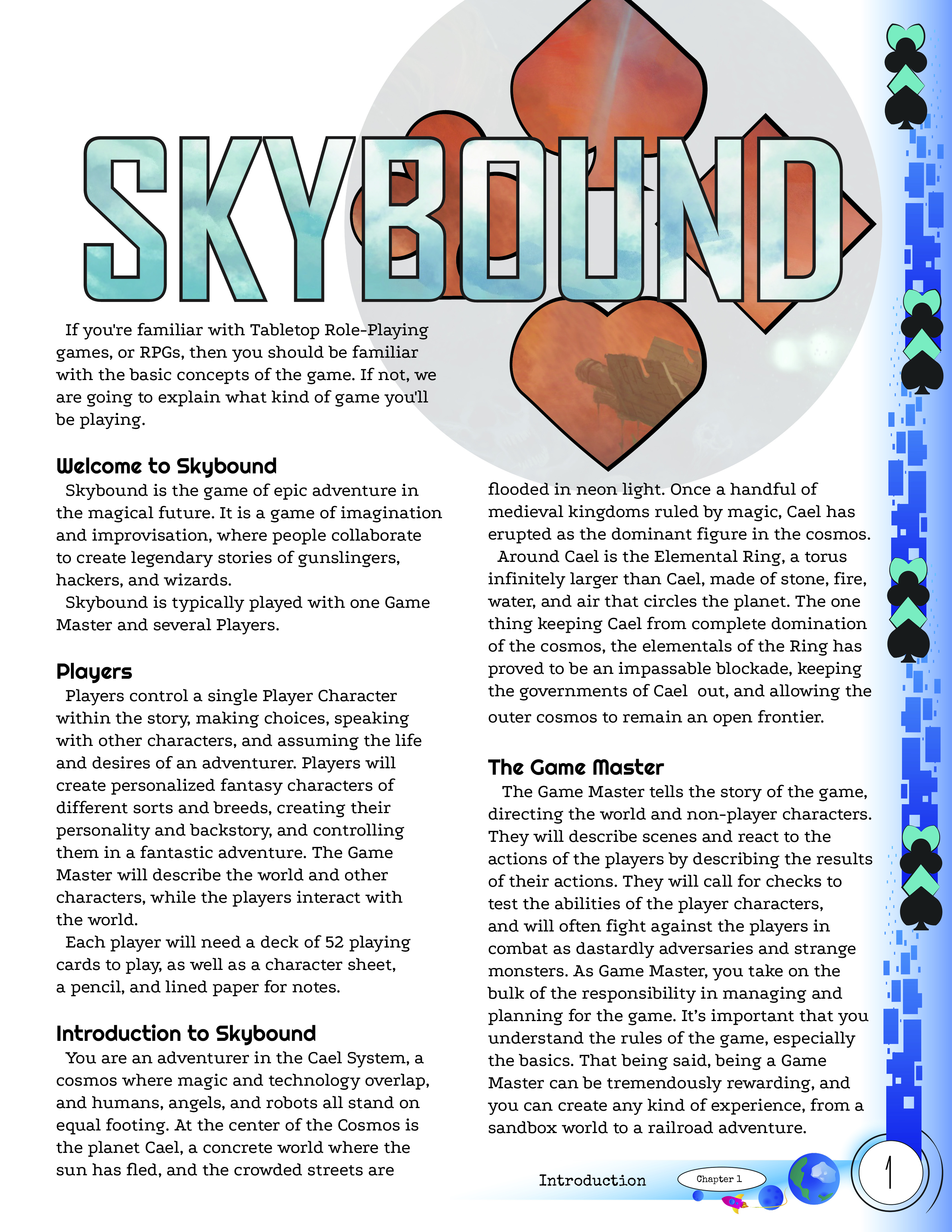 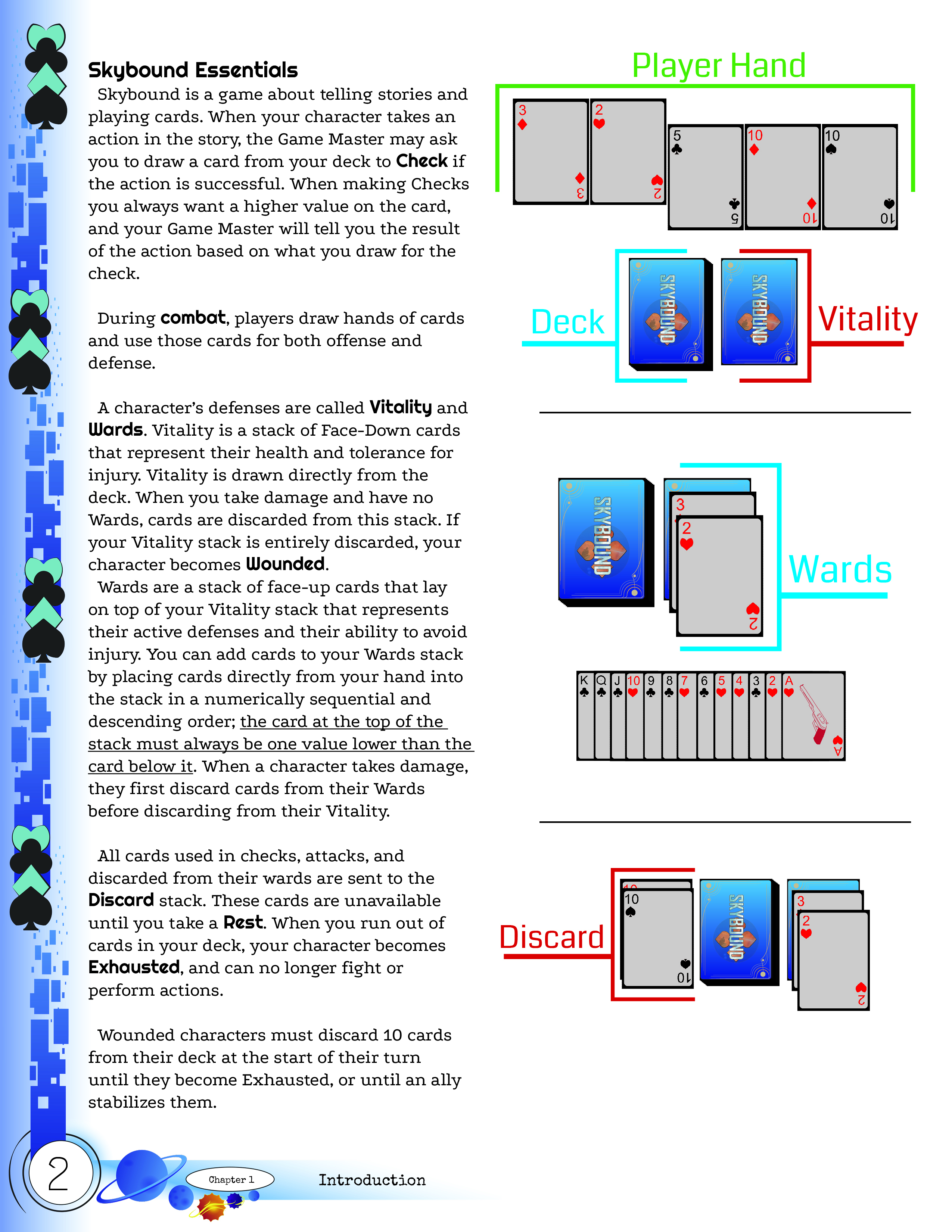 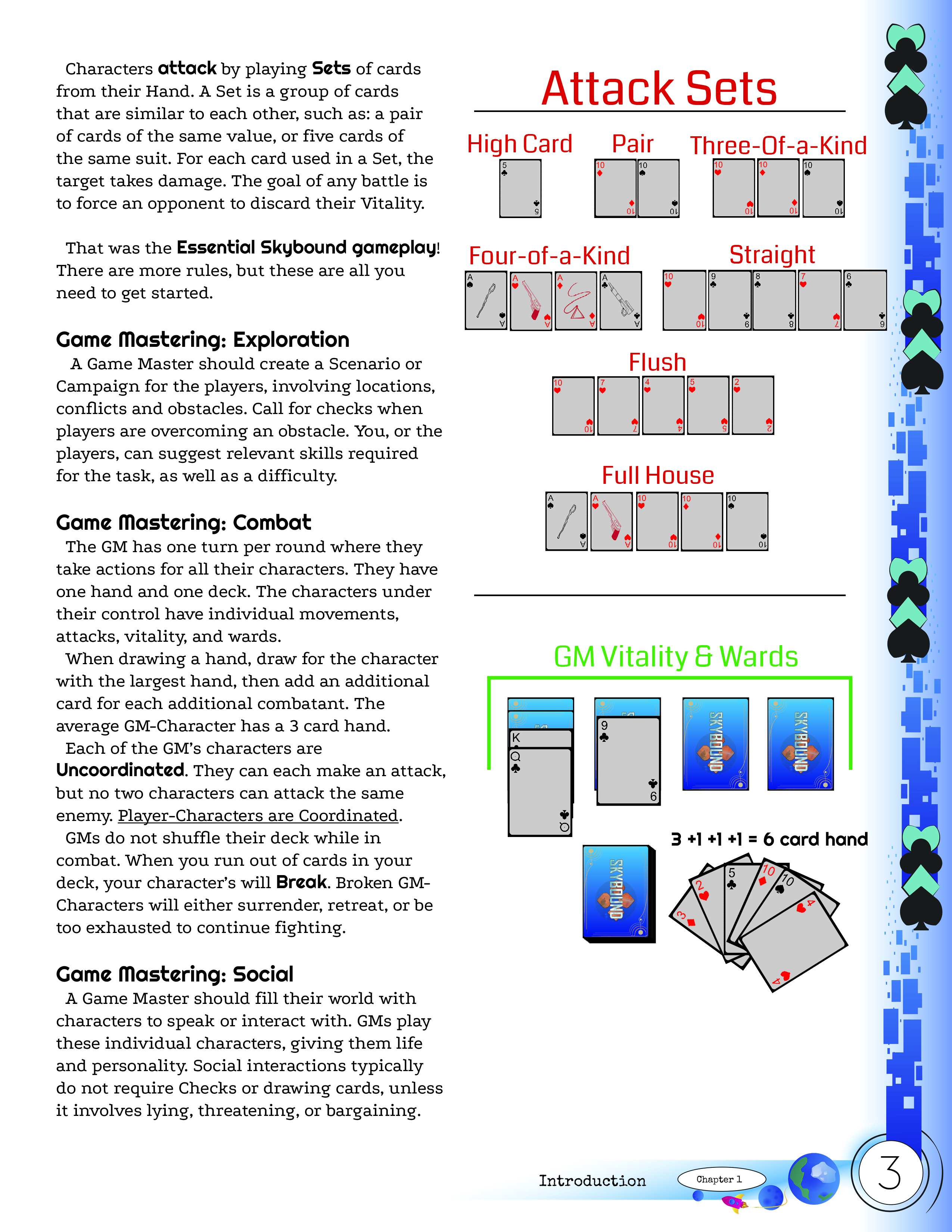