Upon gaining access to the hostile starship known as Ark Prime, the heroes find themselves immersed in propaganda designed to show the might and superiority of the ancient empire that launched the vessel eons ago. Once they break free of the brainwashing, they can fight past robots, holographic constructs, and alien super-soldiers awoken from stasis to confront Ark Prime's evil AI. In the end, the heroes must decide what to do with hundreds of other sleeping citizens of a formerly dangerous civilization. Their important decision could affect the future of the galaxy!

"Dominion's End" is a Starfinder Roleplaying Game adventure for four 18th-level characters. This adventure concludes The Devastation Ark Adventure Path, a three-part, monthly campaign in which the players stop the threat of an ancient alien civilization in Starfinder's first high-level adventures! This volume also includes a catalog of technomagical relics from the ancient Sivv Dominion as well as a selection of ferocious alien threats. 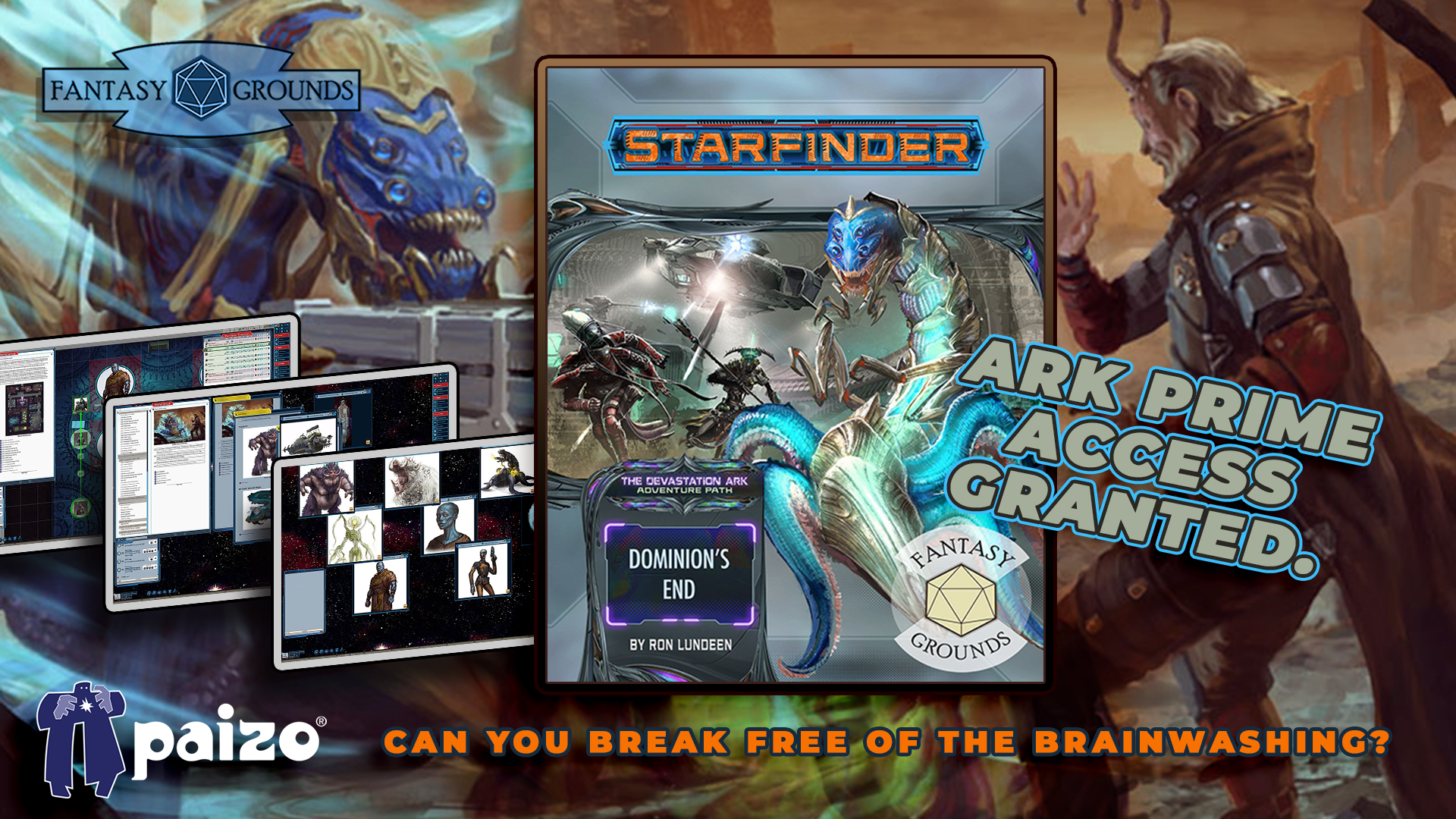 Release Starfinder Adventure Path #41: Serpents in the Cradle (Horizons of the Vast 2 of 6) (FG VTT)