Welcome to Locus-1, a research station on the frontier that uses magic and science to study a strange cosmological phenomenon known only as the Locus. But the inhabitants of Locus-1 are far from civilization and they have a problem: pirates, led by a fierce Vesk captain from her starship, the Executioner, terrorize the system from a hidden base, and the station's Science Council has turned to the Azlanti Empire for help. Now, deadly aliens are rampaging on the station, Xenodruids have gone missing, and the Azlanti have established an android labor camp on a nearby planet. Locus-1 needs heroes! Will you answer the call, facing both the Executioner and the Azlanti Empire in battle?

The Liberation of Locus-1 is a complete Starfinder adventure for 4th-level characters written by Chris Sims and featuring strange new alien creatures, new spells and equipment, and details on Locus-1 and the surrounding worlds--a rich setting that will take players many game sessions to fully explore. 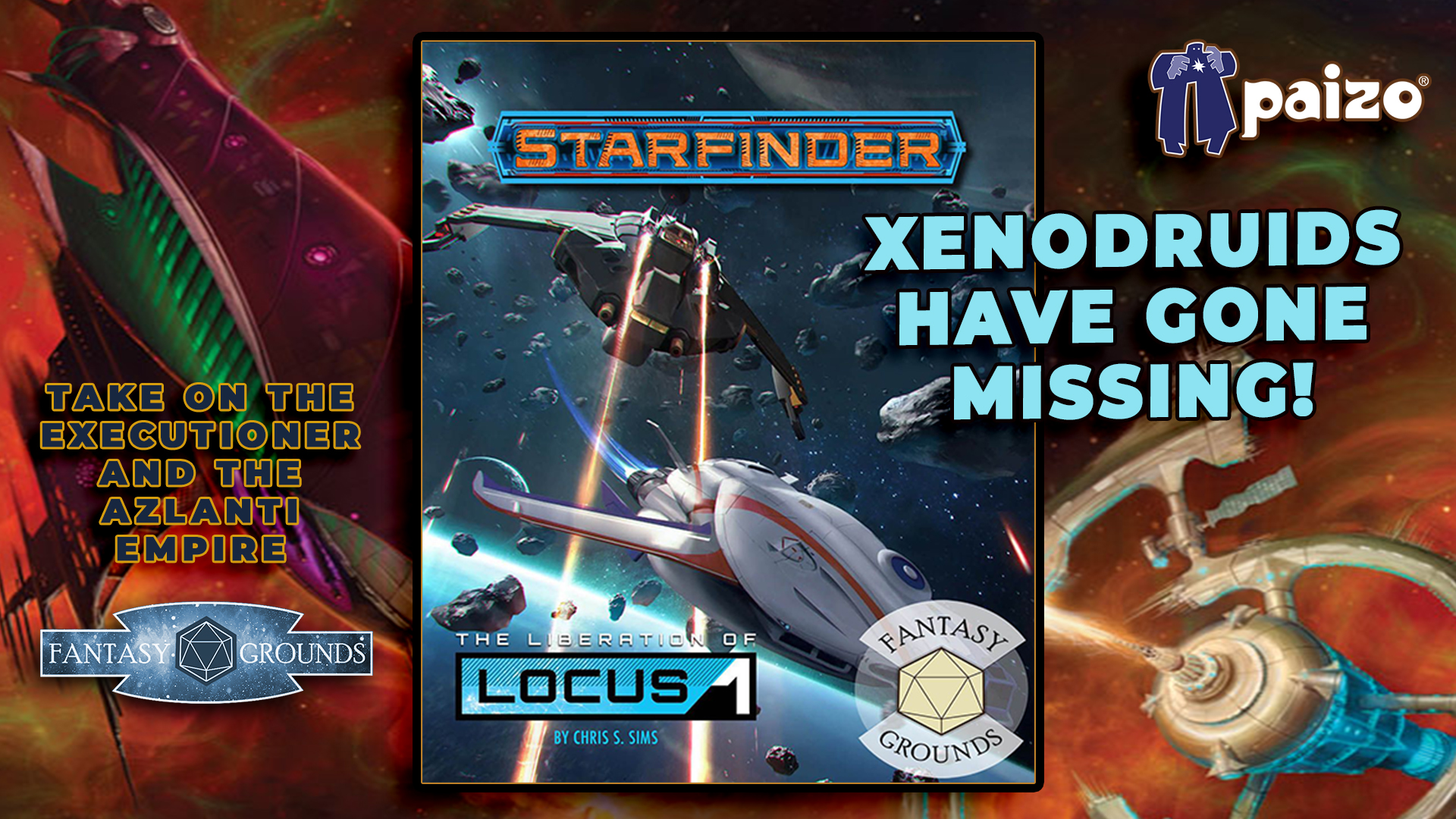