Journey to Near Space, the galactic region that contains the Pact Worlds, the Veskarium, and many of the planets discovered and colonized by explorers from those civilizations. This hardcover rulebook expands the Starfinder campaign setting with details on dozens of worlds and cultures found in Near Space, each perfect as a locale for science-fantasy adventure!

Inside this book, you'll find in-depth gazetteers of the nine worlds of the Veskarium, the interstellar empire founded by the warlike vesk; detailed entries on other planets and civilizations of Near Space; new starships from the Veskarium and beyond; alternate racial traits for playable Near Space races; and new themes, archetypes, equipment, spells, and more for any character!
Reg. $39.99 On Sale $31.99 thru July 25th 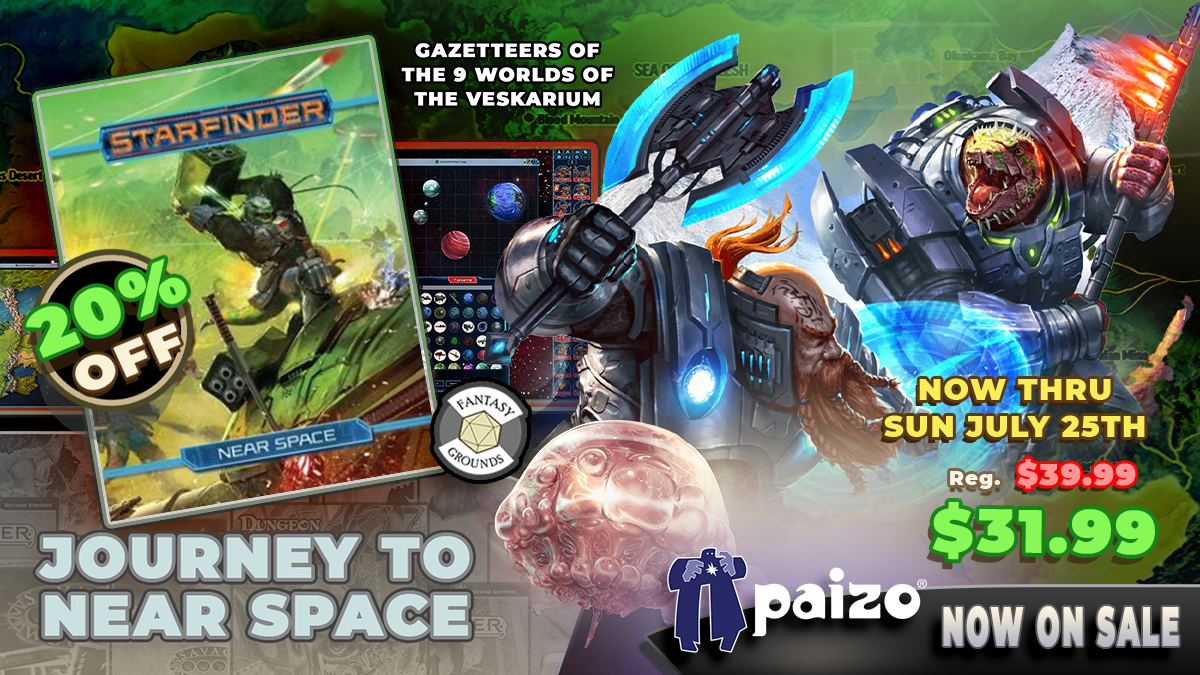