I've spent a lot of time looking at statblocks in old editions, 5e, and third party products. Rather than keep my thoughts to myself, I've started writing up my thoughts on my blog. The first two are up right now, and I should have the next set up tomorrow. I do sell some monster stuff on DMsGuild (and hopefully, someday, drivethru) and I've been trying to figure out how I want to improve that work. Level Up has some great stuff. I like what MCDM is doing in their playtest. I miss the world building in the blocks, oddly.

In part one, I look at the first three statblocks I can find for the carrion crawler, and opine without much though to how I lay out things (irony alert). In part two, I look at the 3e and 4e Monster Vault version (I don't have access to the 4e MM one, apparently). Tomorrow, I will write up the 5e comments, including thoughts from third party companies. Alas, Level Up does not cover the carrion crawler (I thought it did), so I'll post a different monster for that look. I also hope to put up a sample of what I will likely do for my next project, we'll see.

I am surprised at the amount of fluff in the 4e Monster Vault, and wonder if that is a reaction to the lesser fluff in the MM? Not sure. It wasn't until 4th edition that all the stuff we need for combat is in the statblock. Before that, anything with a lot of words was in the fluff / writeup. As we know, 4e abandoned a bit of natural language, which you can see in the blocks. 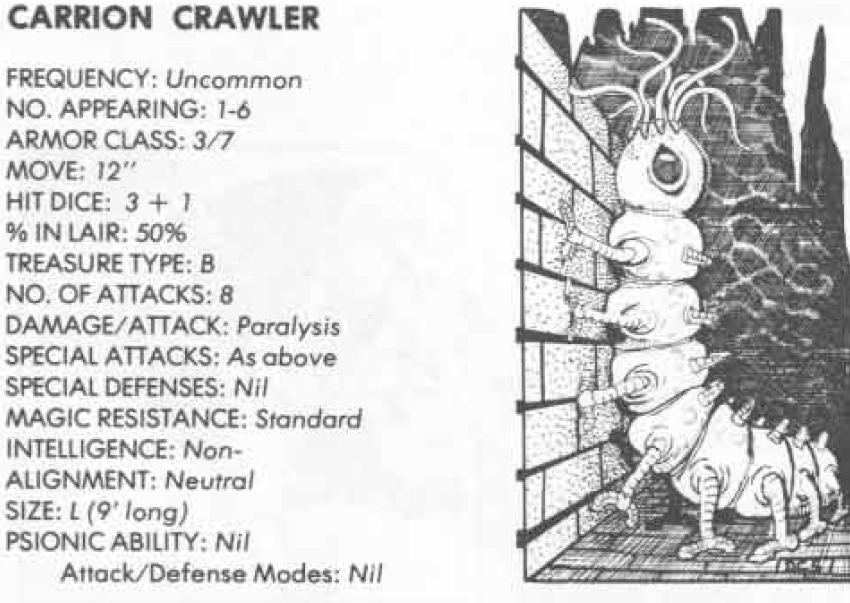 The statblock in Dungeons and Dragons has evolved. I've been looking at statblocks for weeks, to adopt things in my products going forward.
mikesixel.com

Couldn't help myself, and "finished" these posts. Though I may do one more or a few more, really looking at lore write ups and other non-combat information. 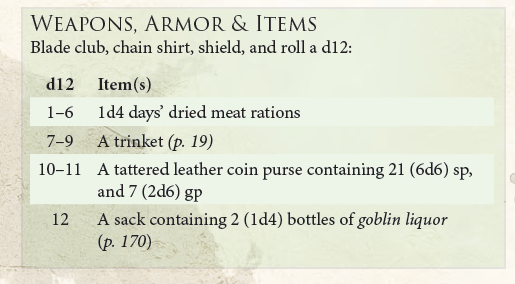 Ok, we are in the present, mostly! In part three (see part one or two) I look at the fifth edition statblock, and some examples from third parties I really like. Fifth Edition Carrion Crawler I’m going to assume if you are reading this, you’ve seen a 5e statblock! Or, not…So, first up, man, why...
mikesixel.com

Turns out that level up is my nearly perfect layout for monster information.

I find that I could use 2 layouts. One is more like you reference and it has lore and alternate abilities and such. The other is something I can cut and paste into my adventure. Something big enough to let me run the monster but without all the other stuff I would enjoy reading when making encounters.

aco175 said:
I find that I could use 2 layouts. One is more like you reference and it has lore and alternate abilities and such. The other is something I can cut and paste into my adventure. Something big enough to let me run the monster but without all the other stuff I would enjoy reading when making encounters.
Click to expand...

I tried something like that in one of my PDFs......it doesn't sell. That said, given I only make PDFs, I do think having "just the statblocks" at the end might work......I'll think about that.