Release The Gates of the Shadowmage- Eldritch Press (FG VTT)

The Gates of the Shadowmage
-Eldritch Press

An adventure that takes place in an ancient warlock stronghold called Shadowhaunt, abandoned since its owner was defeated a century ago. The adventure offers players many opportunities and rewards, but may also put them in precarious moral dilemmas as they are dropped into the middle of a long-simmering war between two evil forces.

Whatever path they take, at the end of the adventure they could find themselves with the use of a complex that contains doorways into other planes of existence, allowing for endless adventures in the future. This adventure is designed for four to five characters of the 5th or 6th level but can be adjusted to work with groups of various sizes. It can easily be dropped into any campaign world. 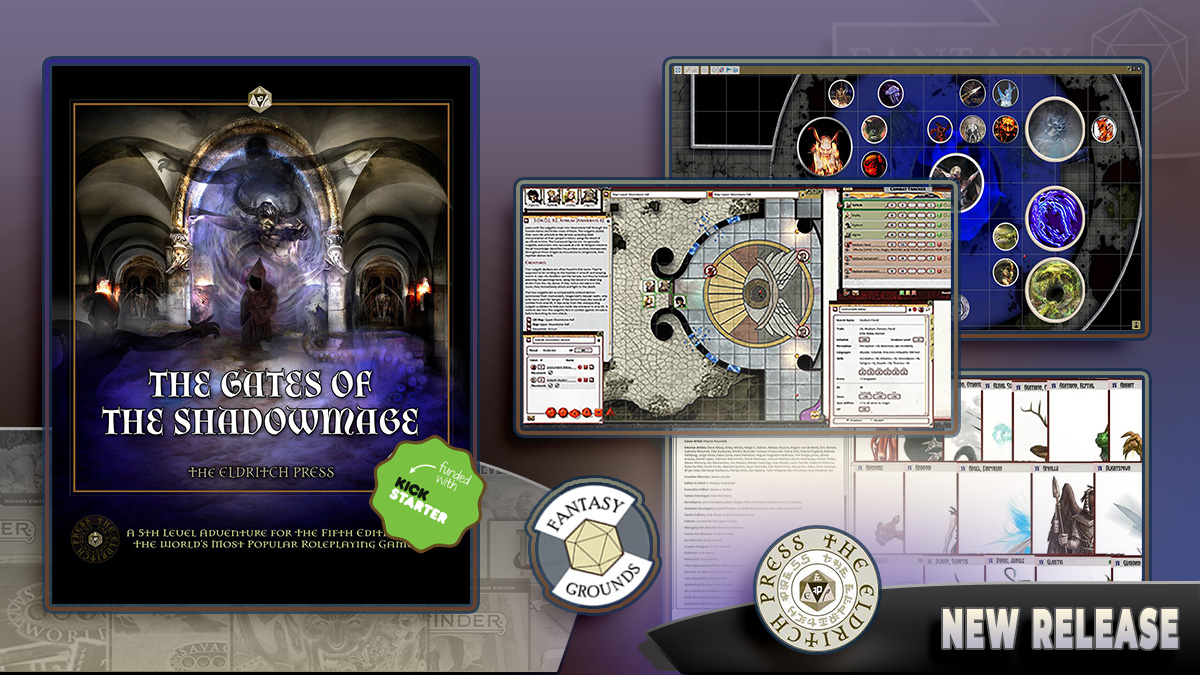