What Lives in the Tomb?
Wondrous, Dangerous Things!

Tomb of Tibereshis an adventure for the Southlands Campaign Setting for five or six 2nd-level characters and uses the 5th Edition rules. It is easily adapted to any fantasy desert campaign.

Just outside Per-Bastet, in the kingdom of Nuria Natal, lie the newly discovered remains of Anu-Asir, a city once believed to exist only in myth. The ruins of Anu-Asir lie submerged under accumulations of sand, floodwater, and tall tales. It is now a hub of activity for those seeking to uncover its secrets--and profit from them. Droves of the curious, hopeful, greedy, and eccentric congregate around the unearthed city.

And just outside Anu-Asir, across the River Nuria, lies the most recently surfaced relic: the Pyramid of Tiberesh. Dare you explore its deadly mysteries?
Reg. $14.99 On Sale $11.99 thru August 1st 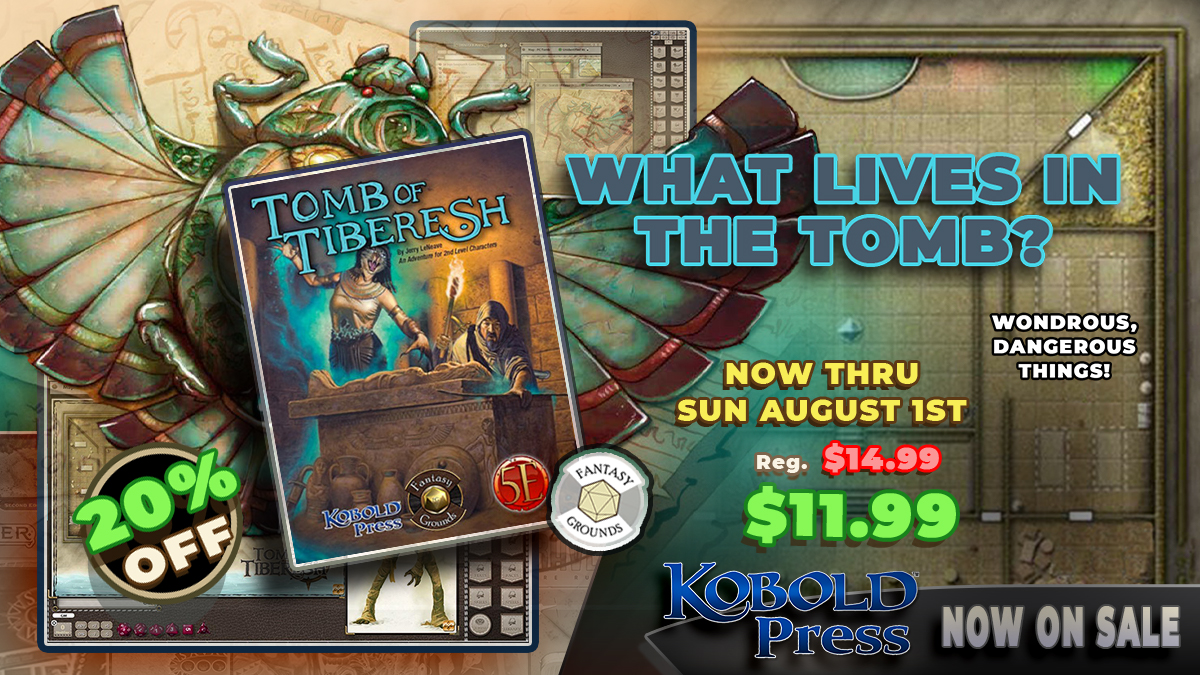