Publisher
Good news for all Travellers - both Sword Worlds and Aliens of Charted Space Volume 1 have arrived and are now in stock!

Pre-orders are being sent out right now, and everyone else can snaggle their own copies.

And for North American Travellers: 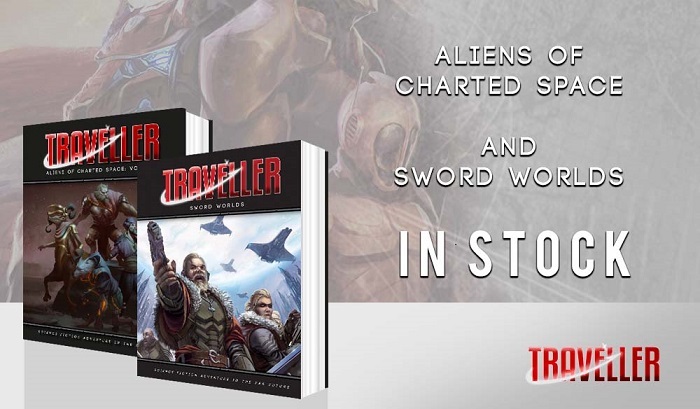 Sword Worlds
Sword Worlds details the people of the Sword Worlds Confederation as they have never been seen before. Their motivations, their strengths and their weaknesses – along with the truth behind Imperial stereotypes of reckless spacegoing chauvinists, and the darker side of their culture.

Aliens of Charted Space Volume 1
Aliens of Charted Space Volume 1 details four spacefaring cultures, three of them alien and one curiously familiar. These are the Zhodani, humans transplanted from Earth to develop in far-off Zhdant. Their well-ordered society is very different to the squabbling mini-states of the Vargr despite sharing a common Terran ancestry. The Aslan and the K’Kree, meanwhile, are polar opposites; proud warriors and militant herd-creatures.