We have glorious news today, for we can finally announce a long, long awaited book - the all new Sword Worlds sourcebook is now on ebook and pre-order! 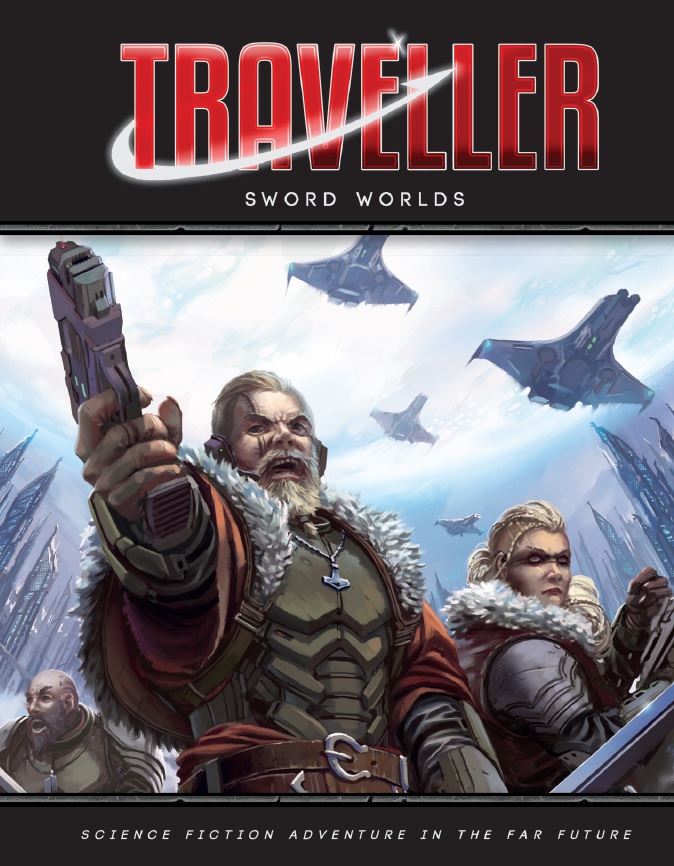 Sword Worlds details the people of the Sword Worlds Confederation as they have never been seen before. Their motivations, their strengths and their weaknesses – along with the truth behind Imperial stereotypes of reckless spacegoing chauvinists, and the darker side of their culture.

Sword Worlds reveals secrets and little-known facts about the Sword Worlds Confederation. The Gimli endeavour, which strives to preserve Sword Worlds culture against any and all disasters; the Holmgang Compact, by which scores are settled illegally with honour. The Sword Worlders’ near-obsession with their tragic hero Admiral Denisov, and the Lost Swords – colonies that may still exist far beyond known space.

The Sword Worlds Confederation is a complex place, and at times a dangerous one. The Sword Worlders themselves are misunderstood by outsiders but one thing is clear – they are proud and quick to anger, slow to forgive. The Sword Worlds is a region where only the brave should venture, and where courage is the key to success or a noble death… or perhaps both.

Having just acquired the Traveller Starter Set, I'm looking forward to this.