Publisher
The massively epic Deepnight Revelation campaign reaches its mind-expanding conclusion as the Travellers deal with time, relativity, and a deep cosmic horror.

You can grab your own copy of the fifth and sixth expansion books, right here: Mongoose Publishing

The PDF ebooks are now using our tablet-friendly format - as is the rest of the Deepnight Revelation campaign (simply re-download to get faster and more efficient files!).

Voidshore
Voidshore sees the Travellers on the final leg of the voyage takes Deepnight Revelation into the Voidshore, a region of space between the Great Rift and the edge of the Spiral Arm. Here, the Travellers learn the origins of the Biologicals and witness how they overrun entire worlds. Deepnight Revelation must engage in battle against a great biological starship to prevent the rapid spread of the Biologicals. 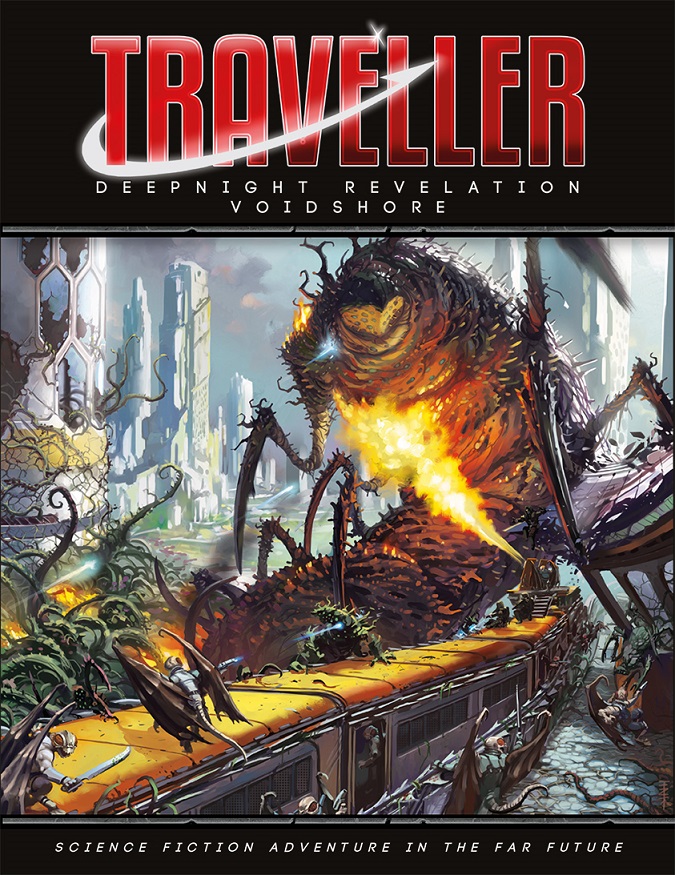 Deep in the Voidshore the Travellers encounter a three-ship expedition from the Solomani Confederation. They say they known nothing of the Deepnight Entity, and that they are in need of assistance. The Travellers’ actions will decide if the Solomani are enemies or allies.

Finally, Deepnight Revelation stands on the very edge of the Great Rift. Her goal is almost within reach; only a hazardous crossing of the rift stands in the way. The experience gained during the long voyage – and perhaps the help of new friends – will carry the Travellers to their confrontation with the Deepnight Entity.

Expeditions
In Expeditions, Travellers will find a collection of additional resources for the Deepnight Revelation campaign. It presents encounters and points of interest that can be inserted into the exploration of any star system and short incidents that may expand into larger adventures, along with three new spacefaring species. 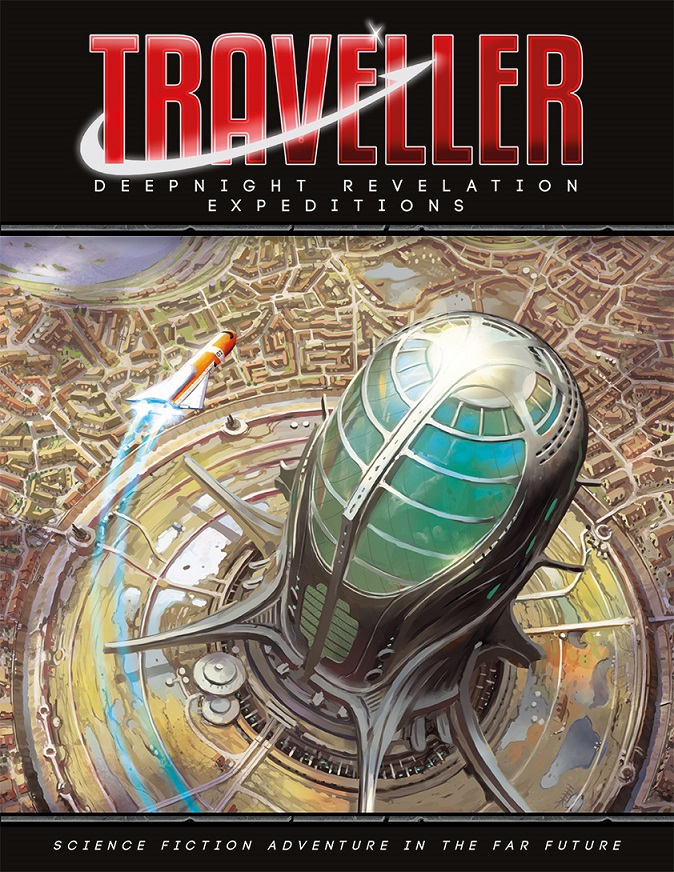 Expeditions also contains four full adventures. In Hillforts of Entrata the Travellers make contact with a primitive race and assist a tribal chief to deal with rebellious subjects. Disputed Birthright is an encounter with a race who apparently evolved from the Droyne. Revelations in Kenvab is an opportunity to learn more about the preceding expedition; a collector has somehow obtained relics once used by its leaders. Dreaming in Real Time confronts the Travellers with a derelict starship still partly in jumpspace, and the waking nightmare of the survivors aboard.