If you are in North America, you can order directly here: Mongoose Publishing

Remember, if you pre-order the hardback, you get the ebook edition free and immediately! 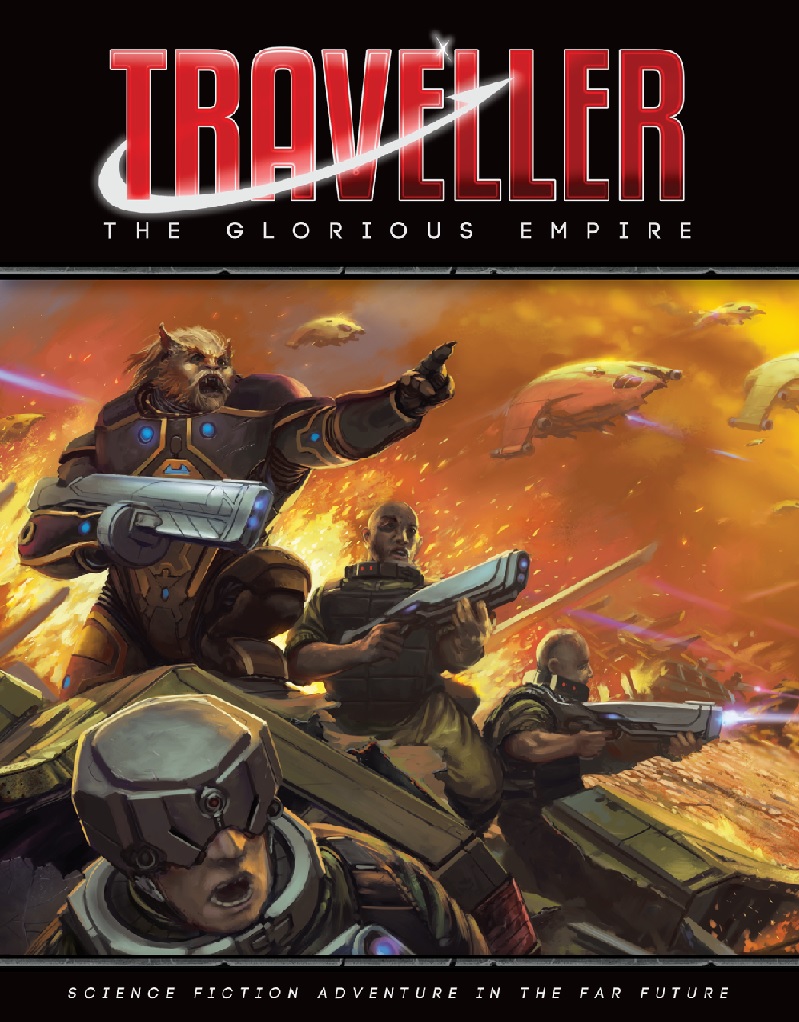 The Glorious Empire
The Glorious Empire is an Aslan splinter state in the Trojan Reach that engages in the forbidden practice of slavery. The Empire has spurned the Aslan custom of ritual warfare, insisting upon violent open war in all conflicts. Their borders have held strong for centuries… until now. Beset by enemies on all sides, the Empire is now collapsing rapidly and has lost one world after another. However, like a wounded and cornered predator, the Empire does not plan to go down without a fight. On worlds liberated by the Hierate, freed human slaves – the hisol’i – struggle to integrate into Aslan society. On the Empire’s remaining worlds, there are billions more waiting to be freed.

The Glorious Empire is a living region that will change dramatically over the course of a campaign. Wars will be fought, worlds will fall, and Travellers will directly influence, take part in, and decide the shape of things to come. This book includes tools and campaign directions for referees and Travellers to take an active part in the events that change an entire region of space right before their very eyes.

In this book you will find:

That sounds like a lot of fun. One of the things I like about the Traveller setting is that most empires just don't have one species in them. As they expand they'll absorb other species and make them part of the empire.