Kickstarter What Lies Beneath, an urban campaign and city sourcebook for Age of Ambition roleplaying game is live on Kickstarter!

What Lies Beneath is now live on Kickstarter!

It is a campaign and sourcebook for the Age of Ambition roleplaying game. It follows a band of Legionnaires — elite guards of Melanoc — as they patrol the streets, navigate politics and discover an unknown subterranean civilization.

Along the way, the heroes must face off against criminal organizations, explore prophetic dreams, navigate cultural differences, uncover corruption in the highest echelons of society and make a name for themselves as the defenders of the city.

What Lies Beneath is inspired by a variety of fantasy fiction, including: Terry Pratchett's Ankh-Morpork city watch books, Brian McClellan's Powder Mage trilogies and Daniel Abraham's The Dagger and the Coin series. It includes: 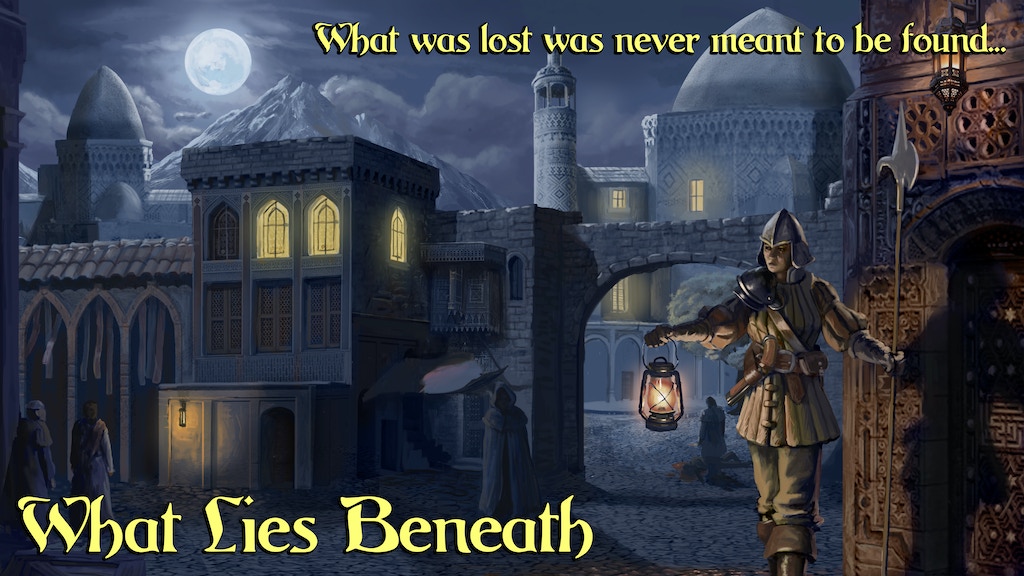 The funding goal has been reached and the first stretch goals announced!

The first stretch goal has been reached!

The third stretch goal is met! Next up is unlocking the Player's Brief!

One week remaining and so close to the fourth stretch goal!

B
Coming Save the Date: What Lies Beneath for Age of Ambition launches October 11

Sep 21, 2022
beholdsa
B
B
Kickstarter Age of Ambition: Fantasy Roleplaying in Changing Times (Live on Kickstarter!)