Willow - A grim micro setting to drop into your campaign.
If you missed the kickstarter this is a second chance to get the zine in print!
You can also grab Willow and Woodfall for a special discount price during the campaign:

Check out the campaign here! 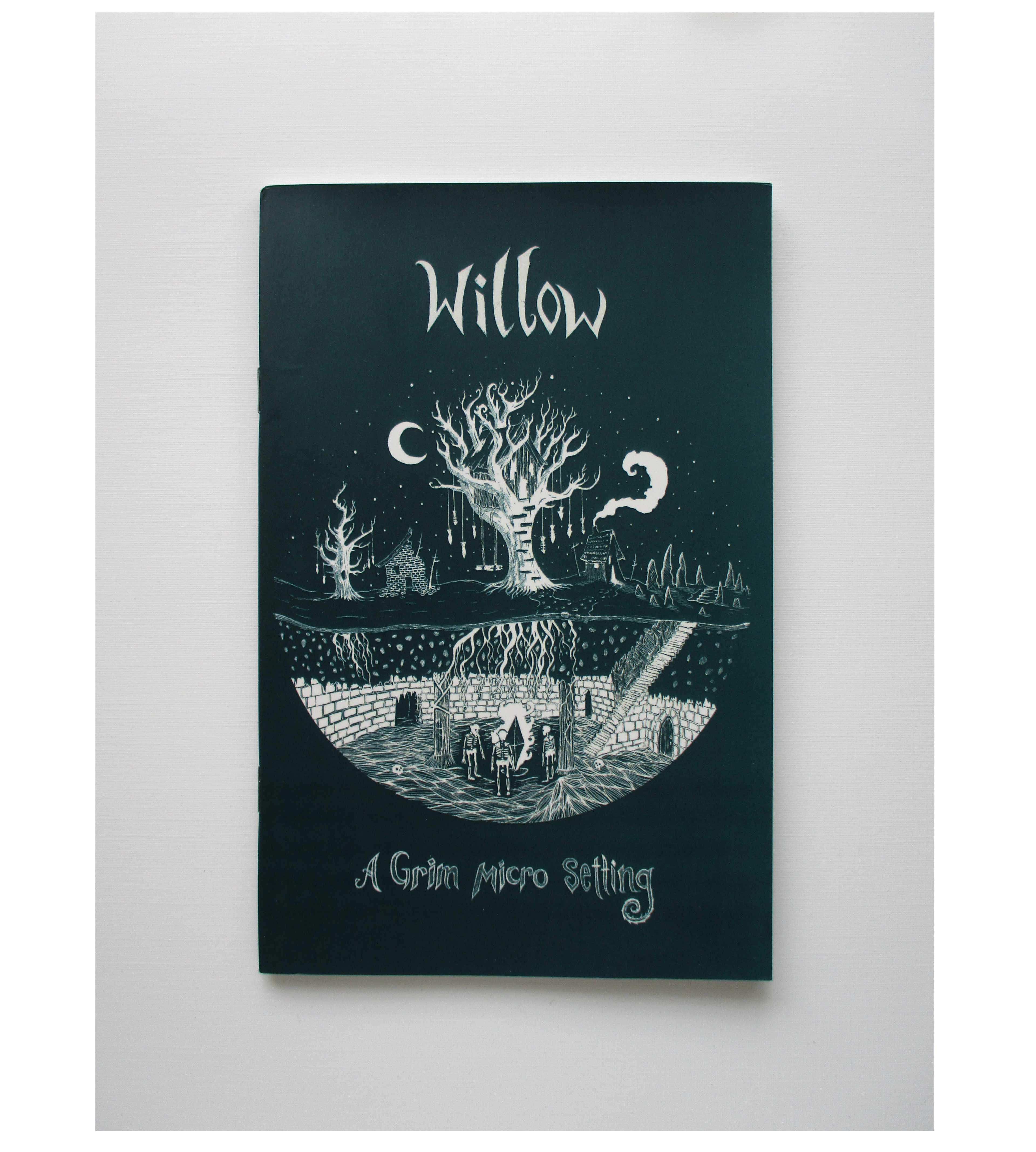 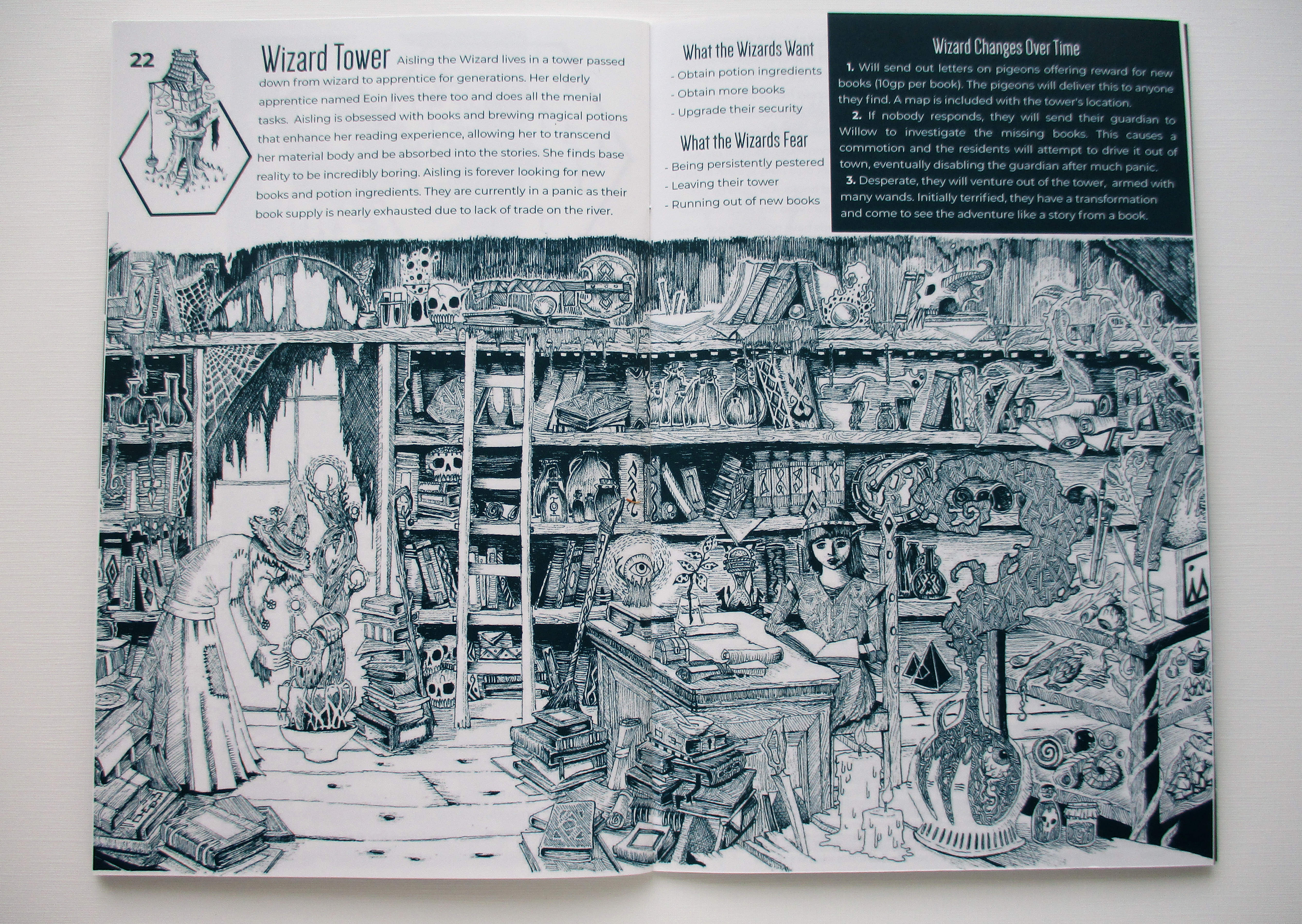 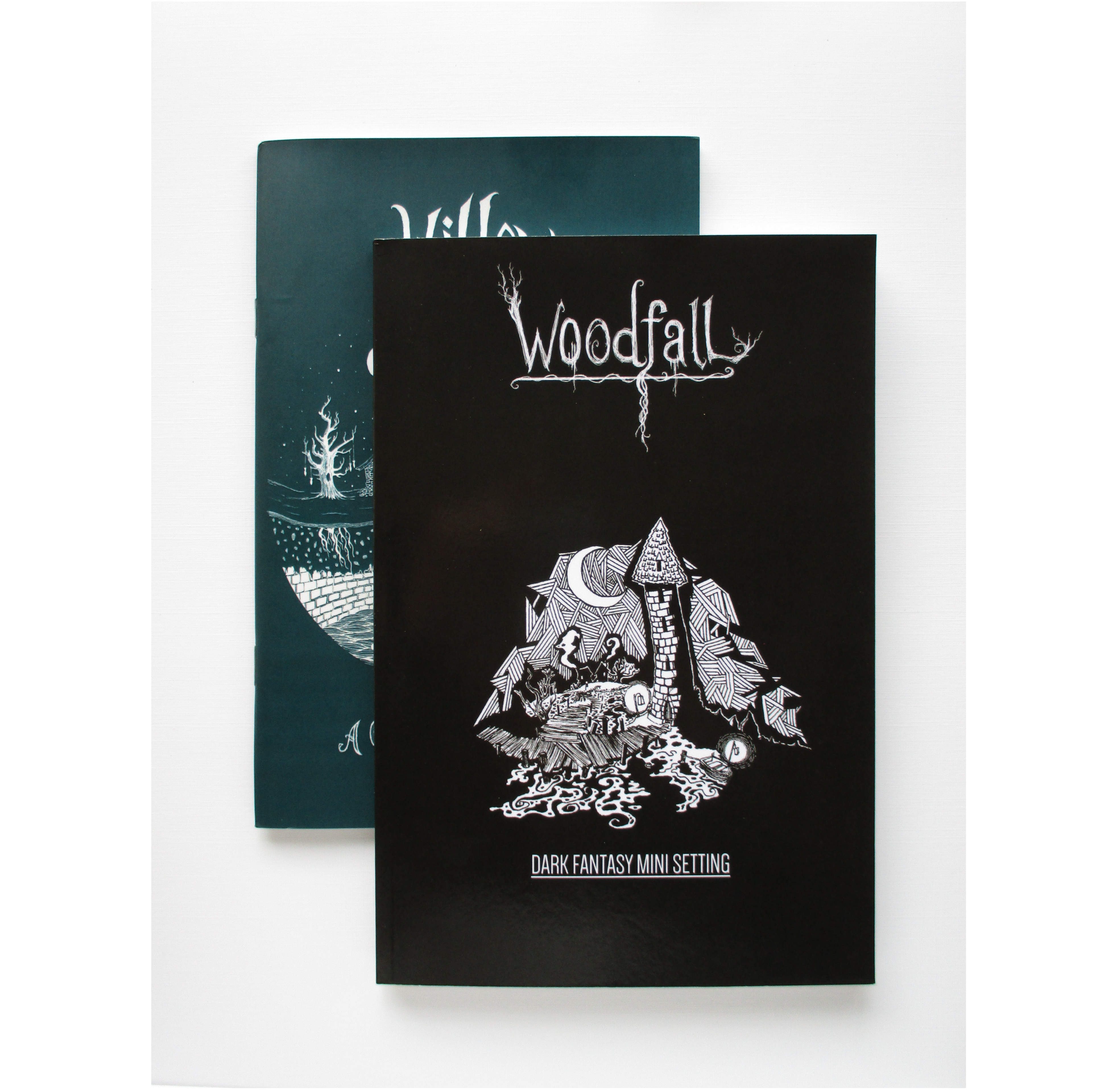 Willow is an old-school, grim, backwater micro setting made for Swords and Wizardry rule system, but can easily be used with other old-school systems or even 5E. All in a compact zine format.

It is a modular town that can be dropped into your campaign. Its fully formed and flavorful. It focuses on game-able content and being easy to use at the table. It is graphic and art heavy and utilizes random tables to make it easier for GMs to run in a pinch.

Deep in a vast wood, a town called Willow sits beside the Lake of Tears. The lake is framed by weeping willow trees, their vines pouring into the lake’s dark green shores. Willow is not what one would call an upbeat town. The rains here are relentless and the grey skies loom low like a giant cage. Travelers do not linger here long; one night in the Blue Brew Inn is enough to make most jump on the ferry and move on. But recently the ferries have stopped running as something terrible has taken up residence on the river. Meanwhile, the town folk will not talk about the noises echoing up from the staircase that descends below the lake, nor the broken stone circle on the hill at the edge of town. The town's leader, a witch named Morose Morgan, is a recluse and refuses to leave her island.

Willow is a mini hexcrawl and players will have to work to investigate a mystery to move on from this damp backwater town to bigger, brighter places.