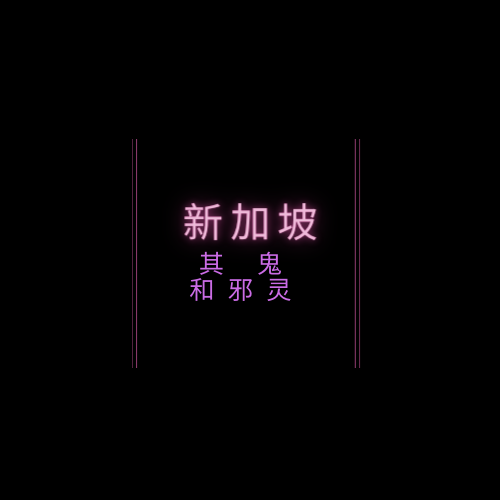 I will soon start a campaign for Hunter the Reckoning, a game that I have for years and never actually tried to play, and I would like advices and feedbacks from anyone who might be interested in helping me with creating house rules and settings.

First of all, it will not be played in its original system. In the first adventure (I prefer to use classical terms instead of "story", "chronicle", etc.), I intend to use the Fate Condensed rules plus some adaptations to create mechanics similar to those of HtR itself. I'm looking for suggestions regarding mechanics for:
Second point, the story will be set in Singapore. For those who know these city, I am sure you will agree with me that this is an excellent place to create mystery and monster varieties. Singapore is a city state with heavy western influence, while still being in the frontier between Southeast Asia and Indonesia and Oceania. The government possess a firm grasp on its people (something hybrid between a democracy and an autocracy), and lots of fun places to set the game.
Finally, the game pitch is this: the players will be a group of people that were imbued during their time visiting Singapore. And the city-state supernatural world is actually very messy and fragmented (I shall call this the war between the Devils and the Ghosts). Players must get through that: surviving at first and then striking against those creatures. One important thing is that those "ghosts" and "devils" will have destroyed the regular organization of the city "by night": there will be no prince, no Camarilla, no Caern, no Kuei-Jin leading them. These greater organizations won't complain about having the help of hunters against them - maybe they can return after the hunters make some of them disappear.

Thinking of that, I need to think about what kind of creature would be fun to be found where in Singapore. Like:

So if anyone would like to help me, I would really appreciate. If I have good feedbacks, I will update the status of my campaign here (none of my players speak English or even is into RPG enough to have an account on En World's community forum).

This is a great idea. Singapore's a fascinating place in so many ways.

I have only visited Singapore once -- I have family there -- so pardon my dumb questions.

When will this be set? Singapore today, as you know better than I do, has surveillance cameras everywhere. Will monsters not show up on them? Or is something else going on? Given how fast conventional crime gets responded to in Singapore, I would have to imagine the government would quickly become aware of the supernatural and have a response to it, since they want a very orderly society. Since it's the World of Darkness, there are some conspiracy-type options here, but I'd love to hear your thoughts.

I also think the multiple diverse communities in Singapore are one of its strengths and most fascinating elements. I like the idea of having different factions generally sorted by ethnic background. There might be some Western Kindred vampires around, for instance, but they might mostly be among the descendants of Europeans, while the other populations have their own supernatural power blocs. (Given that most of these supernatural types can spread through populations, along with intermarriage, etc., I wouldn't make this a totally hard and fast rule, though.)

Having said that. I would also work backwards from deciding what sort of supernatural critters you want to include and what they would want before deciding who goes where, necessarily. What sorts of mages you include, for instance, would greatly affect what their goals are and where they'd want to settle down. The Syndicate, for instance, would likely have a lot of interest in Singapore, as one of the major hubs of commerce on the planet, but what they'd want and how they'd behave is very different than, say, the Euthanatos, who might also have strong reasons for being there. Each would likely have separate enclaves and likely not run across each other that often, other than at hawker centres.

I also suggest you cross-post this at RPG.net, where there are many more World of Darkness players and GMs than here.

Thanks! You already gave me some nice ideas.

I visited it in 2010, and that is the Singapore I have in mind. High surveillance for sure, and a huge Technocratic influence somehow.

Singapore's government is very focused on technocratic policies (the real technocratic ones). So I assume that, if someone has influence inside it, it would definitely be the NWO. But I also like the idea of real relevant people NOT being driven by supernatural influences. So Lee Kuan Yew and his successors would be very very human, although probably mortals with knowledge of what is really happening in the shadows.

Thanks for the advice about RPG NET.
Upvote 0 Downvote