I’ve written about plague in world-building, now it’s time to discuss droughts. Extended drought, and consequent famine, is a common major reason for the failure of empires and civilizations. 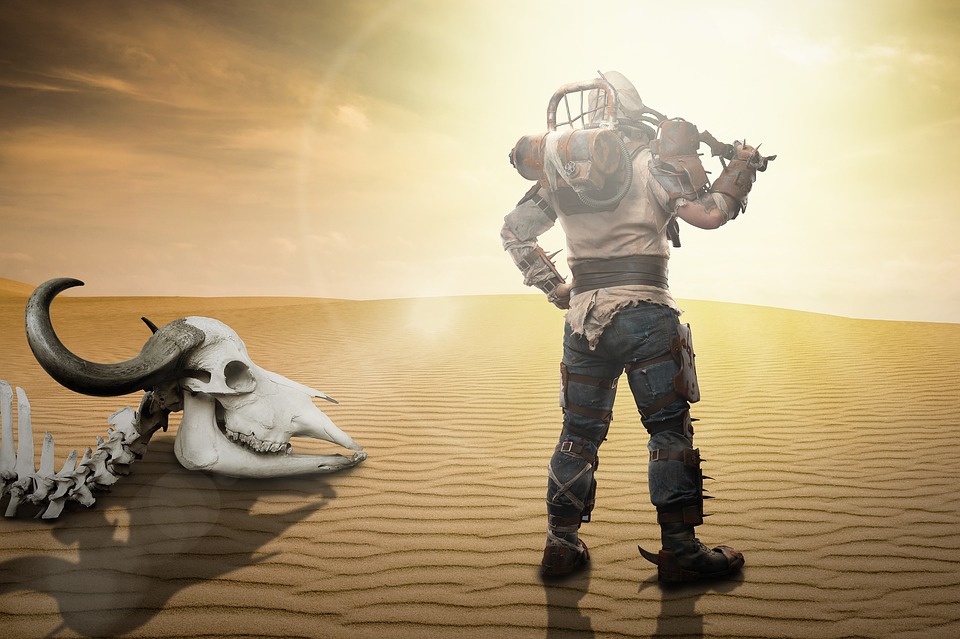 “For most of the history of our species we were helpless to understand how nature works. We took every storm, drought, illness and comet personally. We created myths and spirits in an attempt to explain the patterns of nature.” -Ann Druyan
Click to expand...

I’ve written about plague in world-building (Pestilence and Plague). Drought can occur in cycles lasting decades and even a century. Extended drought, and consequent famine, is a common major reason for the failure of empires and civilizations. The fall of Sargon’s Akkadian Empire in Mesopotamia, the disappearance of the Harappan civilization on the Indian subcontinent, even the “mysterious” Bronze Age Collapse include drought as a major primary cause. The Anasazi (Pueblo builders) of the American southwest were another victim of extended drought (combined with deforestation). Mayan civilization may have fallen owing to severe drought. At this moment, California is suffering from extended drought, with rampant wildfires and shrunken lakes and rivers.

On a personal scale, my wife spends a lot of time watering our plants because we’ve had so little rainfall in north Florida lately. Fortunately, we have a well and pump; in more primitive contexts, watering your plants could be very difficult. Nor do we depend on our plants for food.


How Long Do They Last?​

Some droughts are temporary (even if a century long), others are a reflection of change in climate. 6,000 years ago, the Sahara was grassland much like the Great Plains. The transition to desert was sudden.

Extended drought is often blamed when an empire “mysteriously” disappears. It’s mysterious because contemporaries are unlikely to recognize what’s happening to the weather over long periods, in comparison with, say, barbarian invasion or military or medical failure.


The Consequences of Drought​

The old truism about the world was that “land equals wealth.” Agriculture was the main source of wealth, the others being trade, mining, and some manufacture (e.g. Assyrian textile making as a cottage industry).

Obviously, drought is a major impediment for agriculture. While we don’t expect to see people die of thirst, if crops don’t get enough water over years, people will move elsewhere or die of starvation. Where irrigation is practiced, a severe drought will result in insufficient water for irrigation.

A long period of unusually good weather (for agriculture) can mislead as well. Australia was colonized in a period of better weather than the norm; now that it has reverted to what is normal in the long run - more arid - Australians are having difficulties as rivers literally dry up from overuse and lack of rain.

Migrations can be caused by drought. Think of the “Okie” migration to the western USA when Oklahoma was turned into a “dust bowl” by drought. Nomadic people can be forced to migrate when the grasslands their herds depend on dwindle from drought. When those migrations are of warlike “barbarians”, other civilizations may suffer.

We know that large volcanic disruptions can change the weather for a few years and more. In a fantasy world, man-made changes to the climate are unlikely barring big-time magic use. The cause rarely matters for a game, what matters are the effects.

There’s lots of possibilities for using drought, in your world’s history if not for immediate effects. “Hard times” throughout a region can be caused by extended drought. And in a magical world, that drought may be caused by some evil individual, group, or god, rather than by natural climate change. For the most extreme example of this, see the Dark Sun setting.

Given the power of magic, could player characters become involved in some effort to defeat a drought magically? Perhaps they will search for an item that controls or modifies the weather. Or they must find and defeat the miscreants who are magically causing the drought. They may become involved in stemming a threat from peoples migrating because of drought, or in guarding water sources.

Drought has a major effect on humanity in the real world, and can be important in a fantasy world.

Your Turn: Has drought ever been a major factor in your RPG play?
Click to expand...

As negative example you can look at D&Ds Rime of the Frostmaiden with year long winters which would have destroyed any form of civilization and much of the local fauna there.

Settings of drought and dustballs and even the American Southwest during these trying times are underrated.

When Encanto Comes to Your Village