Worlds of Design: Military Strategy Tips for Your PCs

Want to survive in the very hostile world of tabletop role-playing games? These tips drawn from military strategy can help. 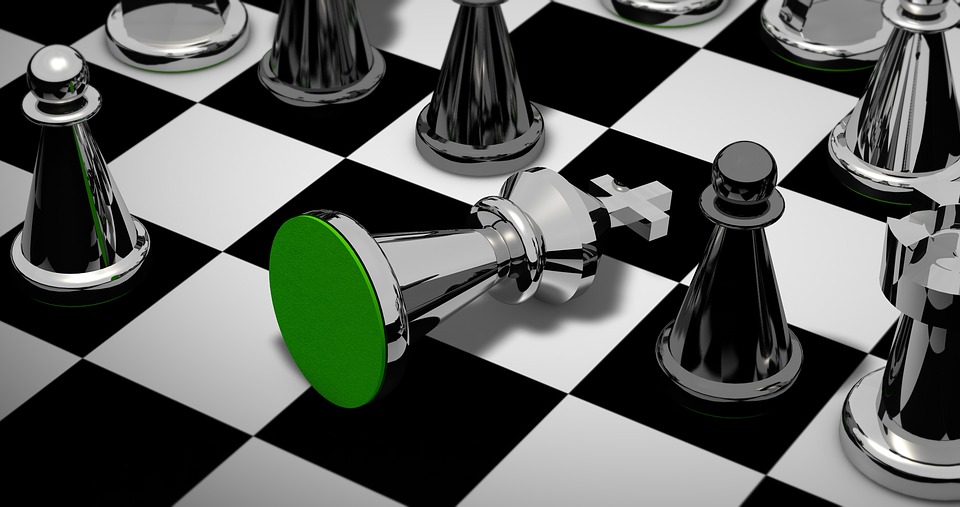 These Tips Are Not for Everyone​

If your game is about storytelling, it’s possible these tips won’t apply. Furthermore, many RPG sessions are tactical rather than strategic, especially early in a campaign or in a one-off adventure. Some of these tips apply to tactics as well as strategy, but some do not.

In many campaigns the characters progress from treasure-hunters or soldiers, to prominent/rich local leaders, to magnates and even statesmen. The stronger the characters become, the more likely they are to get involved in strategic decisions, as they raise their own small armies or become leaders of a nation’s armies.

Strategy is what you do long before a battle takes place, and tactics is what you do in and during a battle. But I'm not going to differentiate between those two as we talk about the various gameplay tips because it's not necessary in this context. I should add that when we talk about strategy in games, there's a strong supposition that the player wants to win. If winning (succeeding against significant opposition) doesn’t matter in your game, who needs strategy and tactics tips?

The essence of strategic thinking is to think long-term rather than short-term. Modern life encourages short-term thinking, particularly aided by smartphones. Planning is less necessary when you can (frequently) rely on your cell/smartphone to bail you out. You won’t succeed that way in conflict games.

“Time spent in recce is never wasted” - said by a Belgian military instructor to Americans in a strong British accent. That's not entirely true, your recon can give away information to the enemy, but in general, the more you know about enemy arrangements the better. So this could be expanded to “effort spent gathering intelligence is never wasted.” Yet you must avoid letting it become an excuse for inaction, because that's what occasionally happens. People keep gathering intelligence because they’re not sure what to do and it ends up causing inaction, leaving initiative to the enemy.


Fair Fights Are for Suckers​

John Steinbeck and likely many others have said, if you find yourself in a fair fight your tactics suck. War is not sport, the objective is to “crush my enemies, and see them driven before me,” as Conan the Barbarian said in the movie. Ideally, you put your enemy in a position where they know their cause is hopeless and they surrender, but if they don't surrender, you can crush them easily.

A great skill of military strategy and tactics is knowing when not to fight. Fighting when you aren’t forced to can be a waste. Fighting when it's not advantageous to you is a bad idea, obviously. You’re not there to be heroic (remember, “a foolhardy act is a brave act which fails”), you’re there to win.

I thought of an example of this in my game Dragonrage. The standard scenario is two dragons attacking a city while the city holds out, waiting for reinforcements. If the dragons just storm in and try to win by sheer power, they’re going to lose fairly early in the game. Instead they have to use hit-and-run, picking off defenders, weakening the opposition. But they can't continue to do that indefinitely because the reinforcements are coming, and will keep coming. At some point they've got to charge in and (try to) finish off the enemy. You’ve got to know when not to fight and when to fight.


Plans Are Subject to Change, But You Have to Plan​

Some people are not good at (military) strategy games because they deviate from their plan “because they can” even though they shouldn't. On the other hand, while planning is important, no plan survives first contact with the enemy, you must adjust your plans to reality as the game progresses. If you don't like to plan, you’re in more and more trouble as you move upscale from tactical to strategic to grand strategic. If you don't like to plan, then you’re just “fighting fires,” and that's not a reliable way to win a game. You want to be in control of what happens as much as possible, not let the enemy cause all these fires that you’re fighting. Further, “a plan of many branches always bears fruit.” When one option is blocked, you can choose another.


Never Fight for The Sake of Fighting​

Have a reason to fight other than possibly killing an enemy. Killing enemies is rarely the actual objective. The best generals convince the enemy to give up, though there are limited opportunities for that in games because there’s no fear of death.

Your turn: How much of your campaign would count as strategy (what you do before the battle), as opposed to tactics (what you do during the battle)?
Last edited by a moderator: Mar 4, 2022
Click to expand...

This is why one of my little pet peeves is when a RPG/wargame player say like to play tactically (which means methods above) but what they are really referring to is character/war builds and moving to certain spot on the map is more about activating bonuses specific to that PC/squad than actually making good use of the terrain.

Not saying it badwrongfun, just using an inaccurate term for what is being done.

Then again, using tactics is why I kept sucking more and more at WarMachine as the game got bigger and bigger.

On the other hand, I did much better with Savage Worlds.

lewpuls said:
So this could be expanded to “effort spent gathering intelligence is never wasted.”
Click to expand...

Because this is a game, the trick for the GM is to feed intelligence to the players at an appropriate rate. At some unpredictable point, they'll decide they have enough and will start taking action.

lewpuls said:
John Steinbeck and likely many others have said, if you find yourself in a fair fight your tactics suck.
Click to expand...

I've been playing occult WWII games under GURPS since 2007. A quote from a few years back:

Just occasionally, a fair fight is a necessity for other reasons. In a recent fantasy game, a tribal leader wanted to demonstrate his power by beating our best fighter 1:1. It was pretty even until he started to cheat, then we cheated better. This gave the rest of the tribe an honourable route to accepting our rulership once their leader was dead.

lewpuls said:
Your turn: How much of your campaign would count as strategy (what you do before the battle), as opposed to tactics (what you do during the battle)?
Click to expand...

It varies by campaign. For that fantasy game, we have some general objectives for a session ("Find out what's in those hexes", or "kill off the undead that haunt this castle") and then things flow fairly smoothly, because the setting isn't complicated, and the players and characters know each other quite well.

For the WWII games, I think I've spent more time reading history and making plans than I have in actual play. The characters did get to alter the course of the war in a few details, but they're probably too fussy to go into here.

lewpuls said:
Your turn: How much of your campaign would count as strategy (what you do before the battle), as opposed to tactics (what you do during the battle)?
Click to expand...

I played an Exalted campaign where we analysed the economics of the West, organised a multi treaty organisation against our enemy including how to get them there and then worked out how best to deploy them.

The tactics took care of themselves.

Problem is that some RPGs, D&D especially, actively discourages those tactics (also known being smart). Especially 4E was heavily against gaining any sort of advantage over the enemy and instead pushed for always having fair fights (not technically, as the PCs were always expected to win, but they were not supposed to get more advantages before combat than what the system gave them).

Also the tendency of some RPGs, again, D&D being one of its prime offender, to only throw things at the group they can fight off (in adventures and given as advice to DMs) makes reconnaissance much less important.
And of course, fighting for the sake of fighting is what drives many D&D players. Thats how you get XP and loot and where all the fun in D&D is, as it can't do much else besides combat.

Am I miscounting, or do you only list 4 tips? Are the other two: "never reveal everything you know" and "always keep them guessing"?

This topic seems familiar for some reason.

Worlds of Design: 5 More Military Strategy Tips for Your PCs

R
Fantasy "The Boys" for SWADE