ZEITGEIST Your players can go Digging for Lies on Roll20

You might have already noticed, but Digging for Lies is available on Roll20. 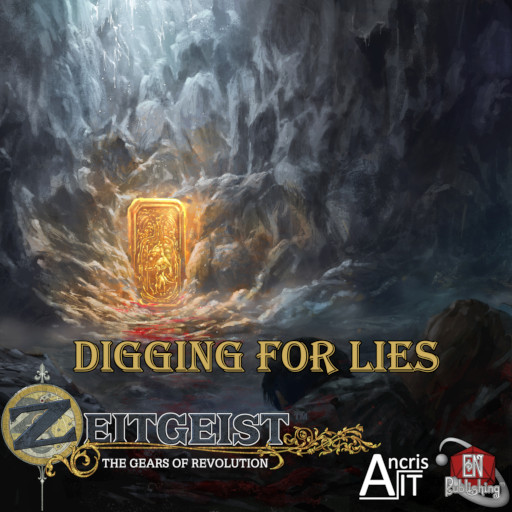 A 5e fantasy adventure for enterprising heroes of 5th level

In the wake of a villain's defeat, his accomplices flee into the seedy underbelly of Flint. The party tracks down an arcanoscientist selling illegal arms and magic developed in labs owned by the fallen villain, and discovers a curious collection of ancient artifacts. These primitive weapons contain powerful spells capable of conjuring alien monsters never seen in modern times.

To unearth why shadowy forces are collecting these relics, the party travels in the High Bayou, lair of the dread fey titan called the the Voice of Rot. There, beneath an ancient ziggurat, the party finds the remains of a doomed archaeological expedition, and learns that a powerful alien entity has escaped its ancient prison and entered this world.

The party has tugged into view one thread of the conspiracy, but to reach its heart and see how deep the threat goes, they're going to have to dig.

In Digging for Lies the PCs will:

The Roll20 version of Digging for Lies includes the entire content of the 5e adventure, fully integrated into the platform. Included in the Roll20 version:
The adventures of the ZEITGEIST: The Gears of Revolution adventure path up to this point include
Don't forget to pick up the ZEITGEIST Campaign and Player's Guides. It places the source books at the fingertips of you and your players and gives you extra tools to manage your campaign.

Keep an eye on the Ancris IT publisher page for information about ZEITGEIST and other products including upcoming releases, trailers, and more.

With the new colored Dynamic Lighting, the light bridge puzzle looks better than ever.


Always on Time will be out in the next few days!

Jul 16, 2022
Tormyr
T
T
ZEITGEIST High Stakes on a Train! Secrets are revealed in Always on Time for Roll20