D&D General You're the high priest of an a nigh-omnipotent God. Once per day, you can decree an inviolable commandment. Be careful.

I ran up a stone age campaign where the PCs were all champions of lesser gods, called together to figure out why it had been raining in the desert for days and days. Eventually they discovered that the God who created the world disliked how people were acting, so He decided to flood all but His chosen people. However, the PCs learned His weakness: any commandment He said would come true and be inviolable within earshot (e.g., if He said it would rain for forty days and nights in the desert, it would), but the God Himself was mute, and His high priest acted as His voice.

The party managed to turn one of the God's angels to their side, and then they tricked, gagged, and kidnapped the high priest, then threatened to kill off this God's chosen people unless He made one of the PCs high priest instead. The God agreed.

TL;DR - Noah's flood, except the rest of humanity beat up Noah and took over.

That was basically the end of the campaign, though we briefly discussed how in the aftermath, they would use the God's power to create a mighty civilization, building a tower up to heaven so they might finally confront and slay their Creator. Until then, the PC who was high priest would figure out ways to make a utopia. His idea was to have giant stone tablets inscribed with commandments, so that the rules would apply to anyone within sight of the tablets, even after he'd spoken.

We never fleshed out the specifics, but after watching The Eternals the idea came back to me. What sort of commandments could you make to create a utopia in a stone age society? What sort of mistakes might you make along the way if you worded your commandments badly?

For example, if you said, "No one shall kill," would that just result in people surviving grievous injuries and living on in immense suffering? Or might people be able to get away with stabbing someone and then leaving, since it's the blood loss that ultimately kills them?

How finicky do you think the legalese ought to be?

So what kind of commandments would you make? And how would other people try to rules lawyer around them?

Somehow this made me think of the monkeypaw. 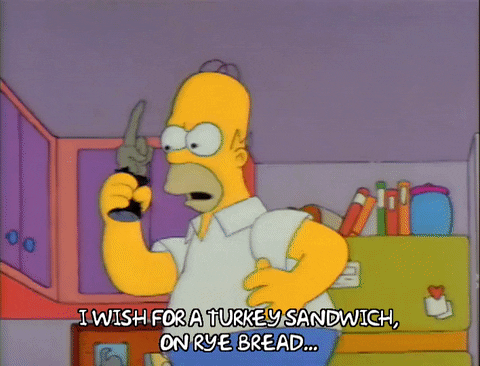 Is it a commandment that God's flawed mortal worshippers will attempt, imperfectly, to follow?

Or is it a D&D style wish that can warp the laws of reality, while at the same time being prone to twisting your words because the DM hates you?

RangerWickett said:
So what kind of commandments would you make?
Click to expand...


Those donuts you eat? No, you won't regret them.

Kender must be killed with swift violence.

"From now on, verily I decree that all beings must wear the sacred polka dot boxers and celebrate. To ensure loyalty, we must wear them on the outside of our pants, so we can check! Or else. Amen."