R. A. Salvatore's books regularly appear on The New York Times best-seller lists and have sold more than 30,000,000 copies. Salvatore's first published novel, The Crystal Shard from TSR in 1988, became the first volume of the acclaimed Icewind Dale Trilogy and introduced an enormously popular character, the dark elf Drizzt Do'Urden. 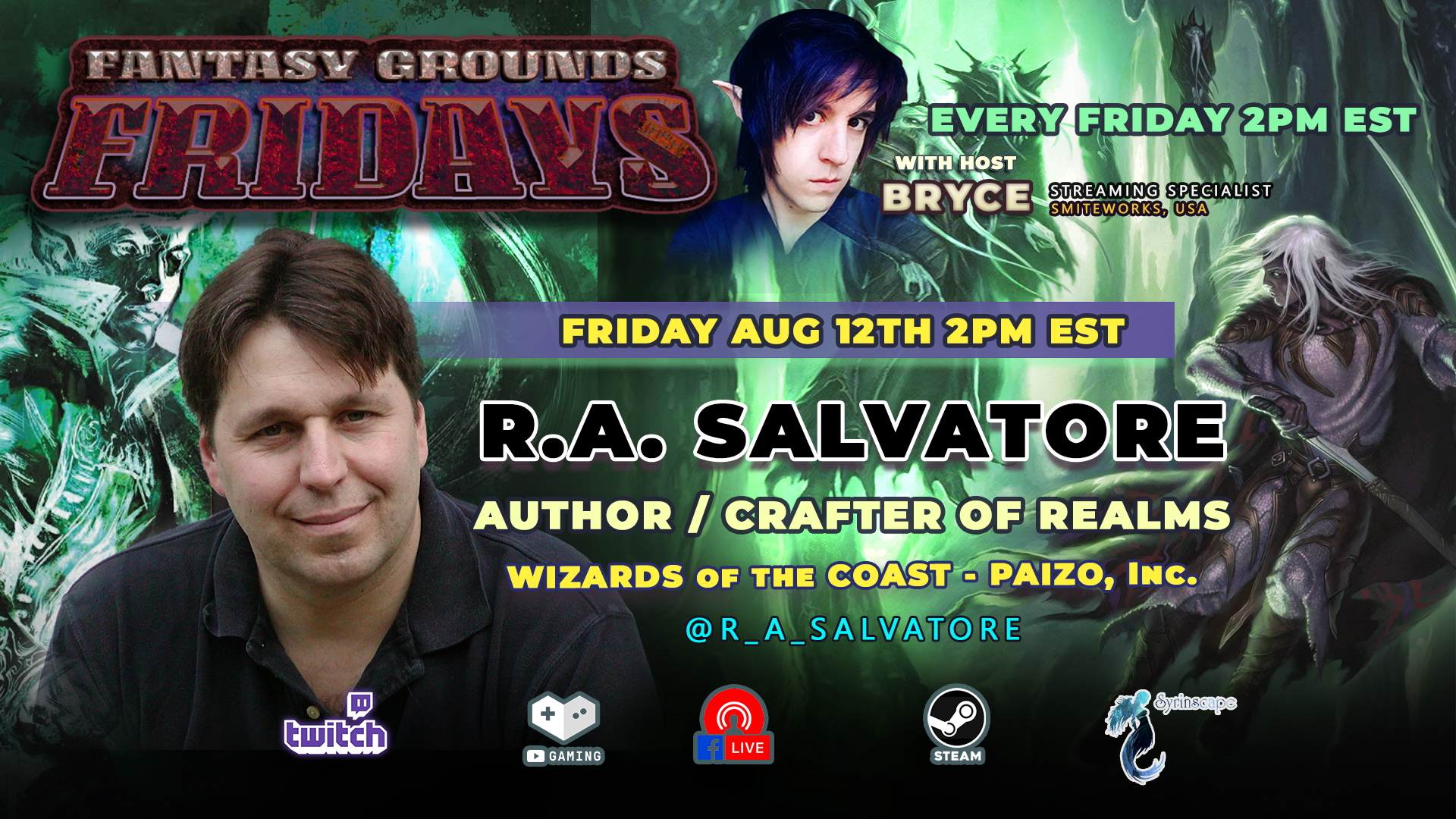 Here is the YouTube link for those that missed it.