Dinosaurs for the natural beasts; with a little work they can cover monstrosities too.

Aarakocra are already reptilian
Sahuagin are fish
Dracotaurs are cool though

and Saurials would be giantish (goliaths?)

and dont forget the Urd =Sprites


Halfling, because kobold as a goblin with scales is basically how they are normally used, but kobold as reptilian hobbit is distinctive.

Also I'd consider using non-reptilians to fulfill all the monstrous roles. Let halflings be the "goblins".

Uni-the-Unicorn! said:
I could be wrong, but I think your missing the point. The fun is in making these analogies and seeing what others come up with.
Click to expand...

Nah, the fun's actual worldbuilding. Less 'Oh yeah let's just slot these into the tried and boring generic fantasy races" and more exploring how it can be fun.

Saurials as just elf? Yaawn, not even the same conceptual flavor. That's losing the fun of saurials.
Exploring and adding to Saurials? Adding tyrant kingdoms of T-rex-alikes at war with their southern Giganotosaurus neighbours? Seafaring Spineback not-spinosaurus catching the most absurdly huge catches of anything? Mountaintop shrines of furry Pachyrhinosaurus, guarded by Yutyrannus guards? That's the fun stuff right there

Ath-kethin said:
Do half-dragons fit in anywhere?
Click to expand...


That would be the dragonborn.

For some, sure. But that is not for everybody. More importantly, that is not what the OP asked. So if that is what you want to do - great! It would be best if you explored that fun in your own thread.

Umbran said:
When there is only one "the fun", this site will close, as there will be no more differences to discuss.
Click to expand...

Agreed, but it is what the OP asked. It seems to me developing completely new cultures is a great idea best explored in another thread.

It seems to me the draw of a reptilian world would be to do something different than a typical world - so why make analogues at all? Why make it dwarves/humans/elves in cosplay? Why not keep it a bit more 'alien' and not look for translations, but ask how these creatures might have developed without the warm blooded races, and let those cultures collide.

For my part, I'd add a larger sea component with sahaugin, locathaah, kuo-toa, merrow, etc... controlling the coastlines, and rather than having the plains forests and mountains be the main civilized area, I'd have there be more swampland and have that be the dominant terrain, supported by thick jungle instead of forests.

Uni-the-Unicorn! said:
Agreed, but it is what the OP asked. It seems to me developing completely new cultures is a great idea best explored in another thread.
Click to expand...


Yes. If this thread sparks such another thread that would be great, but yes, it's thread drift too far.


jgsugden said:
Why make it dwarves/humans/elves in cosplay?
Click to expand...


Because it's different but not too different. It's a comfortable step.

Quartz said:
That would be the dragonborn.
Click to expand...

Not according to the 5e Monster Manual.

But of course you can do whatever you want with your world. 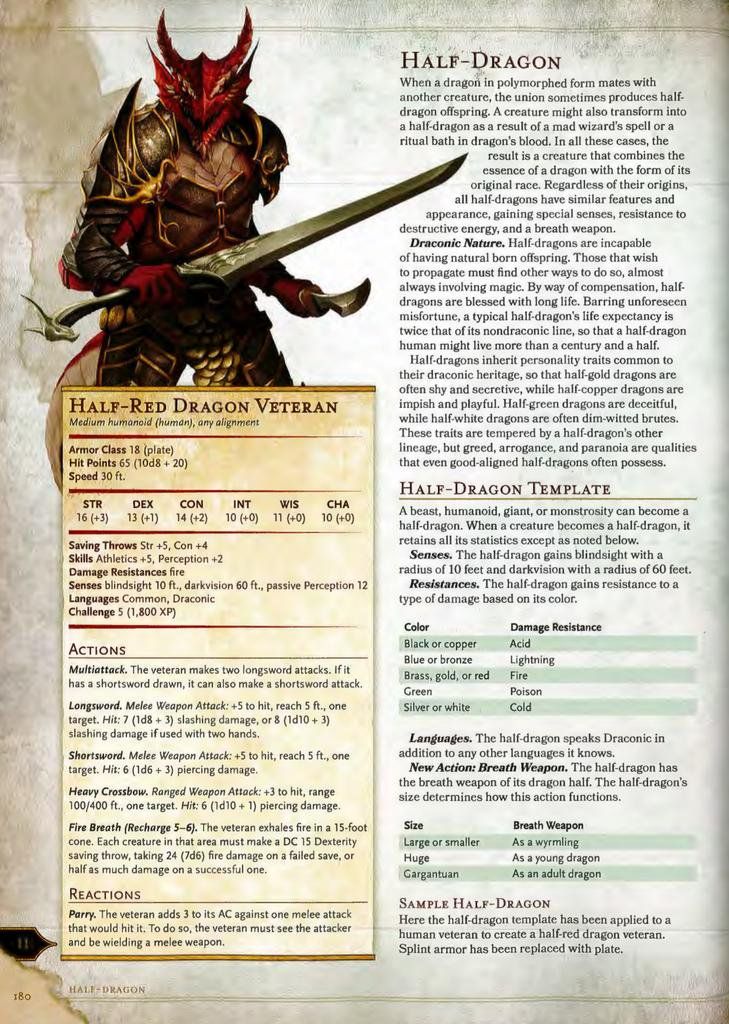 I mean reptilian as in like a chicken would be maybe...is that what you meant?

SkidAce said:
I mean reptilian as in like a chicken would be maybe...is that what you meant?
Click to expand...

If we're including 'dinosaur' in definition of 'reptile', then birds are included by default

If we're including 'dinosaur' in definition of 'reptile', then birds are included by default
Click to expand...

But if I'm looking to populate a world with reptilians, chickens and peacocks may not be the 1st thing that comes to mind, if at all really.

Except of course, Chromasaurs! (velociraptors with predator camouflage and some can cast color spray. They have lots of camo feathers, in my campaign.)

SkidAce said:
Sure, I know.

But if I'm looking to populate a world with reptilians, chickens and peacocks may not be the 1st thing that comes to mind, if at all really.

Except of course, Chromasaurs! (velociraptors with predator camouflage and some can cast color spray. They have lots of camo feathers, in my campaign.)
Click to expand...

Birds are also more closely related to Crocodilians than Crocs are to Lizards, Snakes, Turtles or Tuatara

Birds are also more closely related to Crocodilians than Crocs are to Lizards, Snakes, Turtles or Tuatara

and if you’re willing to include Fish people and Amphibians then bird people should make the cut too
Click to expand...

I know biologically it makes sense, but I still probably wouldn’t include them as part of my reptile world. But I haven’t given it much thought

Epic
The World of Reptorth.

The Lizardmen are the dominant species and ruling caste of a large empire called Hiz. They are sophisticated. Excellent warriors, scholars, guildsmen, and a few mages who have learned spellcraft from the Dracos of Thair.

The empire of Hiz is home to the Lizard commoners, the Bullywugs who make up a large population of cannon fodder/soldiers, and Kobolds that mostly exist as the mining, engineering, and builder labor force. Also the celebrated craftsmen of the Grippli. Several Dragonborn and Yuan-ti merchants, religious scholars, and teachers from Thair enjoy good relations and free borders with Hiz and generations of Thair immigrants can be found across Hiz's territories and vice versa. Hiz' armies are legendary, with a robust air force of wyvern and pteradactyl riders, giant lizard-riding cavalry, and dinosaur-reliant heavy artillery and siege monsters. The land of Hiz is in a perpetual war with the Tyrant of Evriweer whose raiding parties and warbands wage battle against the borderlands of Hiz with some regularity.

Thair is home to the Dragon Pharoah (the extended royal pharoahic family are actual dragons of diverse colors) who rule over the Dragonborn -their soldiers, attendents, and bulk of the population. The Yuan-ti, who make up the religious caste of priestly magi, led by one of the royal family dragons. Lizardmen, Kobolds, Lizards and even the wicked denizens of Evriweer are to be found partaking of Thair's exotic markets, pleasures, extensive resources of knowledge, and enjoy the gladiatorial games. The Draco-god-king's well-known power and honor guard of Dragonborn sorcerer-knights keeps conflicts in the lush lands of Thair to a minimum.

The evil lands of Evriweer are a volcanic waste and extensive flaming desert controlled, nearly uncontested, by the Salamander servants of the devestation-breathing multi-headed demonic Pyrohydra, a mutant sibling of Thair's immortal dragon-pharoah, who seeks the conquest and subjugation of the rest of the world of Reptorth. FIrenewts and the near-mindless savage Troglodytes that inhabit the cavernous world beneath the volcanic wastes. They use Basilisks and giant wild drakes as their war beasts.

Yuanti would be an interesting race. That said, I'd use the pure blood stats, but add some of the snake features (snake heads, tails) for visual purposes.

When I did a homebrew race of anthropomorphic snapping turtles, they were a cultural and mechanical amalgam of halflings and dwarves.

Keeping that in mind while expanding on the OP, though, I’d consider:

1) Anthro chameleons as some kind of shapeshifter.

4) As I suggested for another person’s campaign years ago, largeish raptors/velociraptors (or moas) as replacements for horses.

6) Anthro-Snakes replace elves, thematically, with the cultural divide between venomous and nonvenomous types, and anthro sea snakes living in the sea, of course.

Personally, I would have kobolds as the gnomes equivalent, as they are rivals in the traditional D&D lore. I don't know which reptilian species would replace halflings, tho.

D&D General trying to come up with a decent setting idea.
2 3