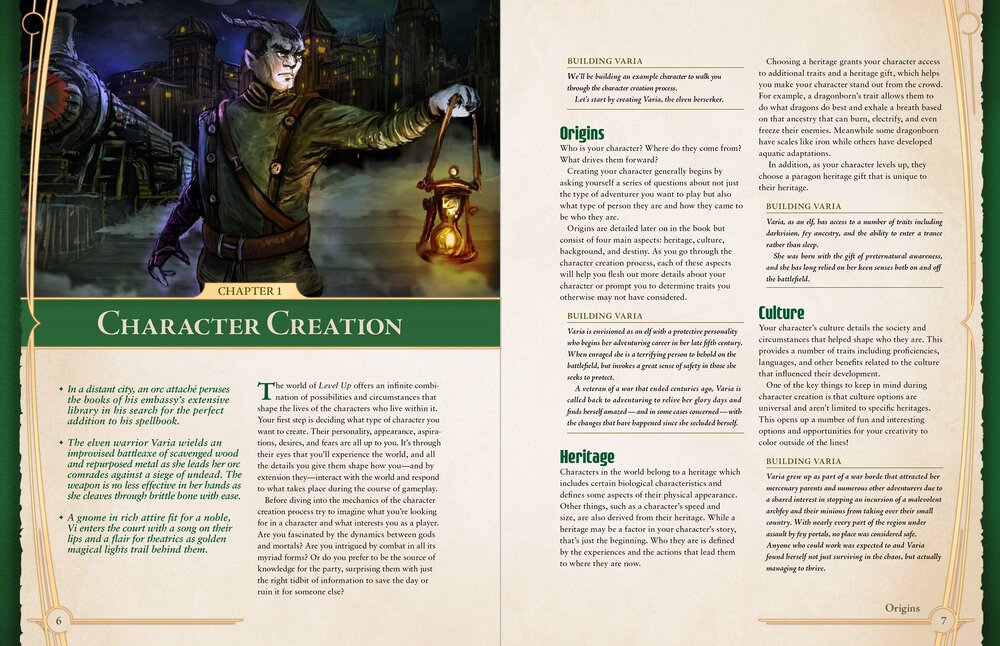 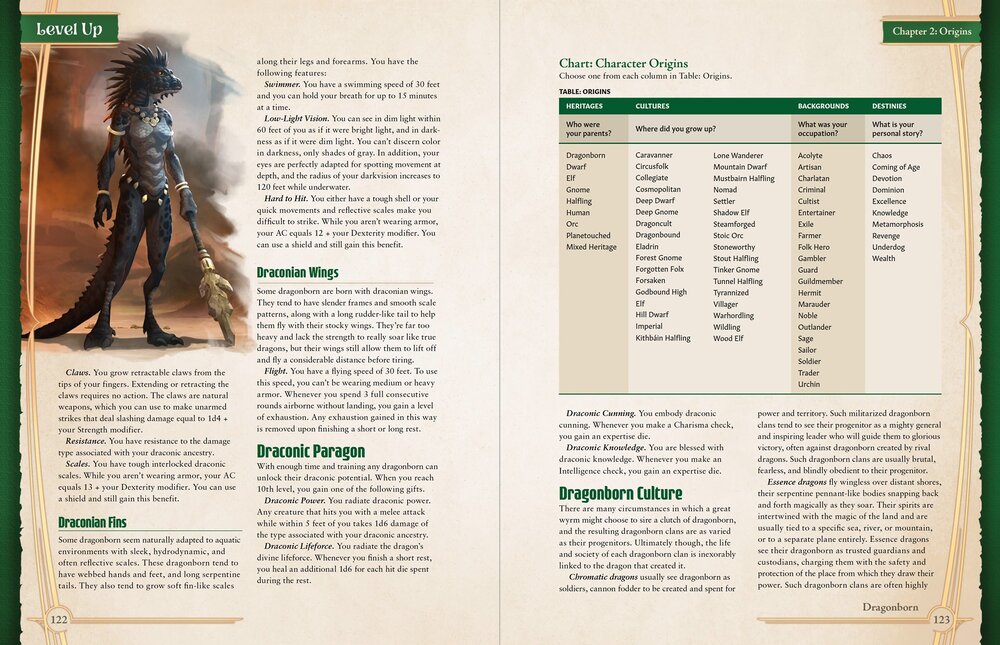 tetrasodium said:
B+ at the very worst for engineering. it covers a lot of creative construction destruction and circumvention going by the description on the skill preview thread
Engineering is touched on a bit here
Click to expand...

Wow, using that guys ratings, that places it higher than Persuasion & Stealth and with only Perception and Insight higher than it ???
It's hard to imagine a game like that resembling D&D ! I really need to read up on what it's going to involve !!

It sounds like the engineering skill is like a far more versatile version of Knowledge (engineering) in 3.5. And that was already VERY useful.

dave2008 said:
I like a lot of what you are doing here, but as a reptile lover - please no reptilian creatures / PCs with mammalian breasts. I was very disappointed to see the dragon-folk art.
Click to expand...

Did you know that the ancient people of Ubaid (a culture that lived in Mesopotamia) appears to have appreciated at least reptile-looking female art? We have numerous statues with strangely long, pointed faces, elongated almond eyes, and long-fingered hands. All the feminine statues, which are by far the majority, have breasts. Many of them are shown holding a much smaller figure with a similar pointed/elongated face, generally pressed against the woman's left breast, which is generally understood to mean nursing.

Unfortunately, 90% of the "information" you can find about these figurines online is ancient alien conspiracy theory nonsense, so it can be very easy to dismiss this as a hoax. But it really is the case that highly reptilian-looking figures with clear and apparently functional breasts were a thing over 7000 years ago. It could be purely stylistic; it could be evidence of binding heads and hands in infants; it could be a mythic figure or figures, like the Egyptian gods; we don't know. But these figurines exist and are pretty consistent.

I know that reptiles with mammaries aren't to everyone's taste, but do keep in mind that, for a lot of actual female gamers, having those secondary characteristics makes it much more comfortable to play as them (especially since, unlike many other races, Dragonborn females are allowed to be much more curvaceous in art). Further, making a big stink about it can come across as very exclusionary. Nobody is taking away your ability as DM to say, "In my world, Dragonborn have no mammaries at all." The presence of art in the book does not reduce your power one iota, but can be very empowering for others.


Hehe, yes, I'm not saying I couldn't come up with examples of when it might be used, of course I could.

By the same rationale I could equally come up with some great examples of how to use a Science skill (I'm a science nerd <grin>), and then Maths, Finance, Law, Basket-weaving, Flower-arranging & Origami but that doesn't mean they're going to be core usage enough to justify "Bang for Buck" being included in a standard skill list for a fantasy adventure RPG ...

If we continue down that path ad absurdum we could end up with a standard skill list of hundreds of skills, which makes it hard to list (takes up lots of room), hard to learn (now which skill was it that covered this situation?), harder for people from O5e to transition to (wait, what, instead of 10 skills you have HOW MANY??), etc etc.

What I'm saying is that if the primary genre of an RPG is high fantasy, surely all of those skills are pretty niche and don't need to clutter up the standard skill list. There's an incremental cost for including each bit of extra stuff, whether it's clarity, accessibility, learning curve, etc, and anything to be included should be made to measure up to the bar of "Is the benefit to the game worth the cost of including it ?" and "Does including this make it a better game?"
Click to expand...

Engineering can also be considered a more general "technology" skill, which is a prevalent enough optional aspect of O5E to be worth it's own skill in my estimation. Adding it hurts no one, and could be useful for many.