Kickstarter [Against the Darkmaster] Secrets of the Golden Throne coming to Kickstarter!

You’ve dreamt of this place. Awallon, the land beyond the eastern sea. Legends say that as long as a True King sits upon its Golden Throne, the Kingdom shall prosper. And yet, a strange blight has befallen your country.
So you’ve come here at last. Pursuing your dreams, following half-forgotten prophecies, looking for answers.
Will you unveil the Secrets of the Golden Throne?

Greetings, heroes! Secrets of the Golden Throne, the first supplement for the classic Epic Fantasy RPG Against the Darkmaster is coming to Kickstarter soon!

Visit our website to get a FREE Preview, including:
An subscribe now to the Kickstarter page to get notified on launch!

The time has come, the land of Awallon awaits! Follow your dreams, rise against Darkness, and unveil the Secrets of the Golden Throne!
WE are live NOW on Kickstarter !

A supplement and a campaign for Against the Darkmaster, the Epic Fantasy tabletop RPG 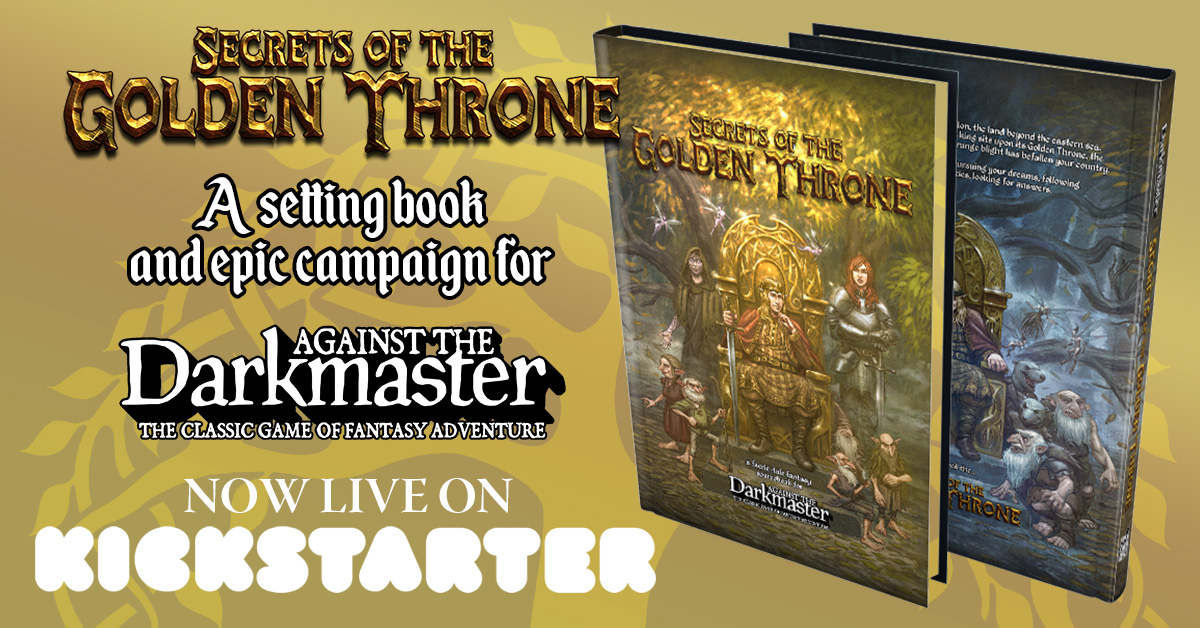 B
Kickstarter What Lies Beneath, an urban campaign and city sourcebook for Age of Ambition roleplaying game is live on Kickstarter!

Oct 27, 2022
beholdsa
B
K
Last Day to Back Summoner Class, Spells, and More in the Creed's Codex Kickstarter, Plus Shard Version for Free