Role-playing magazines or zines are a fundamental means of communicating content throughout the history of the art. They touch the underground roots of the art and provide a discrete package of content. In itself, the content can range from pure aesthetics to something subversive and inspirational. A great many zines, big and small, try and recapture those early days of hit-or-miss articles and strange, often brilliant art. Arcadia takes some of those retro inspirations and weaves them together with a solid grasp of the modern material. 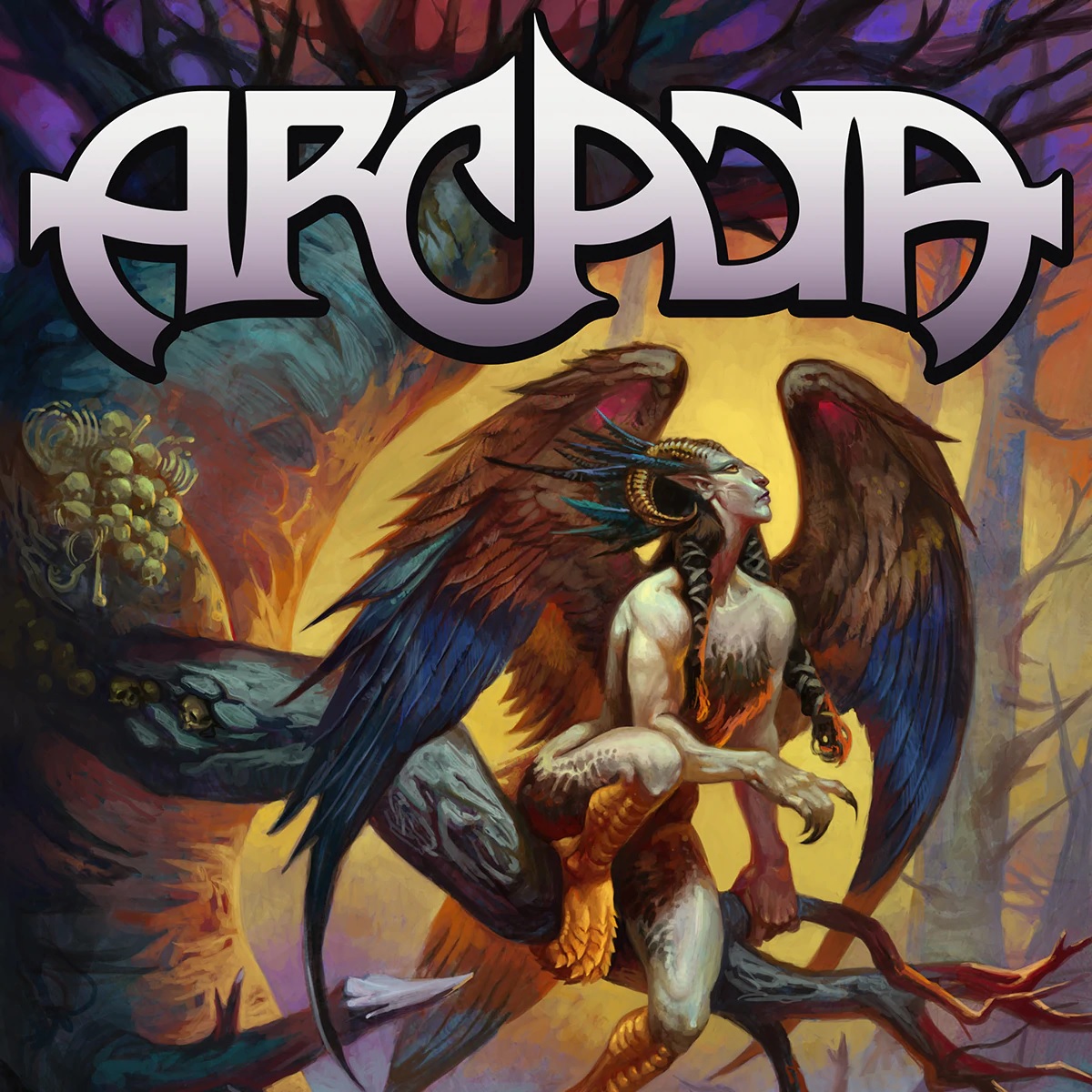 If you do not already know, Arcadia is the magazine put out by MCDM Productions, the company that grew out of Matthew Colville’s Youtube community and Kickstarter success. James Introcaso is the Managing editor, but there is a large team that brings the magazine together on a semi-regular basis. In the case of Arcadia Issue 1 (January, 2021), this includes a fantastic piece of cover art by Gustavo Pelissari. You may also recognize James’ name from his own freelance work and many DM’s Guild productions. To put it bluntly, MCDM has put together an experienced production team, including soliciting work from freelancers with a track record of success.

Full disclosure: I am a patron of MCDM and received my copy through patron rewards when it was first released.

Arcadia is a magazine that provides content and material for D&D Fifth Edition (D&D5E), which is in line with other material produced by MCDM. I think it is fair to say that the content is inspired by the Running The Game videos and other content provided by Matt Colville, but that the creators are putting their own unique spins on the material. Issue 1 provides four articles for the reader, each one something different. In this issue there is an adventure, a subclass for sorcerers, new rules on mounted combat (with new mounts), and an article on celestials as villains.

The Workshop Watches is an adventure by Leon Barillaro. It takes place in a magical workshop where things may have run amok. This is an adventure for 5th level characters and can be dropped into your campaign or run as a one-shot. I could see it as the perfect kind of “mission” for parties that are built around a professional or team aesthetic. Ornery door-bashers might find the material does not fit them quite as well. The DM and player maps are good pieces of art that could work on the actual or virtual table.

Next up is Gabe Hicks' Titan Heart, a subclass for the sorcerer. This is my favorite of the provided content pieces and I love the artwork that accompanies it. More than just an imaginative and satisfying subclass, the article provides Primordial spells and a retainer Titan Mage. This retainer is built on the chassis of retainers from Strongholds & Followers. I think sorcerers are the hardest to add satisfying subclasses for and Gabe Hicks nails it.

Yet Willy Abeel’s Jumping on Mounted Combat is not to be outdone. New mounts would have been enough content for most folks, but the additional mounted combat rules are well thought out. The rules are well written in natural language that is neither arcane nor obtuse. A small racing encounter is provided as well, to test out the mounts. If you miss mounted combat from the D&D 3.0/3.5 days, this brings some of that back.

Sadie Lowry brings it all home with a dense presentation of two celestials that have no mercy in their hearts, at least not very much. Uqaviel The Recreant provides potent antagonists with powerful motivations that can be added to your campaign’s end game. These are complicated adversaries with a great deal of punch to back up their words. They also feel different enough that playing them off one another will provide a good mix of motivation and possible deal making. But I would not cross Uqaviel or Anahita.

It might be a little obvious to compare Arcadia to the magazines of old. There are no comics or advertisements, which all played an iconic role in the enjoyment of those old magazines. However, Arcadia does feel like a throw-back because it has real content and great production values. I can see these articles being used in other rpgs outside of the intended D&D 5E. And the art is gorgeous. It feels inspired and inspiring and provides a satisfying variety of style and subject. What can I say? If you want content that is full and rich, I can recommend picking up Arcadia Issue 1.
Click to expand...

I adore my monthly Arcadia, so many great ideas, and really brings me back to the heydays of Dragon/Dungeon, but without actually going backward.

Is there a reason why the first issue is being reviewed over a year after it's release? Seems pretty late to the party. Am I missing something?

Thank you for the review, now how do I get a copy!