Blackwater Redux, an Eberron campaign on the DMsGuild

If you're interested to run a campaign in Eberron, follow this link: Blackwater Redux on the DMsGuild

Drugs dull the damages of the Last War; gold fuels the fires which might ignite the next. A band of ragtag mercenaries must venture into the putrid swamps of the Shadow Marches to topple the drug lords of Droaam. To achieve their goals, they may have to leave something of themselves behind; in the heart of darkness

Blackwater Redux is an Eberron adventure designed for a group of five characters starting on 1st level. It brings the group to the backwater of Khorvaire, aptly named the Shadow Marches. By the end of the adventure, the characters should reach 5th level or higher. To run this adventure, you need the fifth edition Player’s Handbook, Dungeon Master’s Guide, Monster Manual, and Eberron: Rising from the Last War (RFTLW).

Blackwater Redux is a dark, hopeless adventure with strong horror notes. It is inspired by Apocalypse Now by John Milius and Francis Ford Coppola, The Heart of Darkness by Joseph Conrad, and The Call of Cthulhu by H. P. Lovecraft. Consuming these before running the adventure is highly recommended. The adventure’s themes loosely touch on current and past real-world conflicts. If one or more of the players are former or active soldiers, make sure to discuss the campaign’s content beforehand. 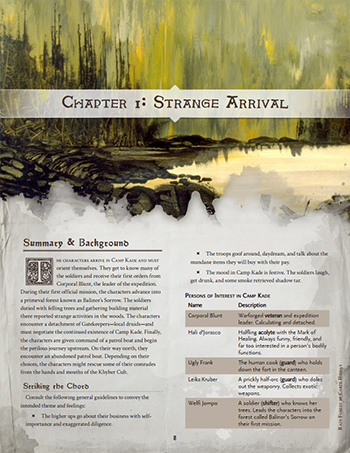 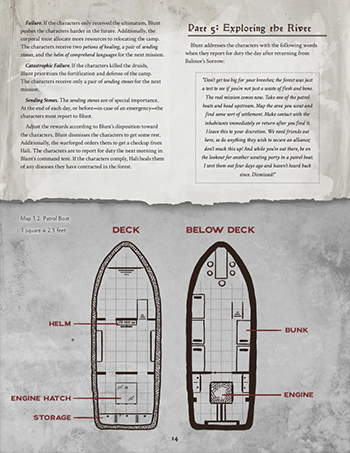 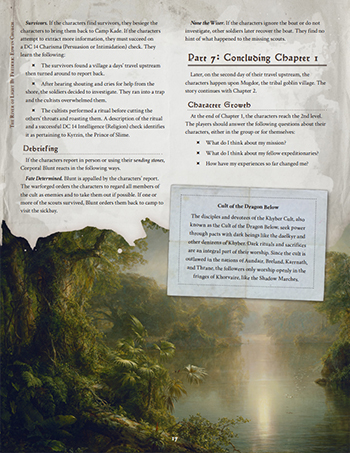 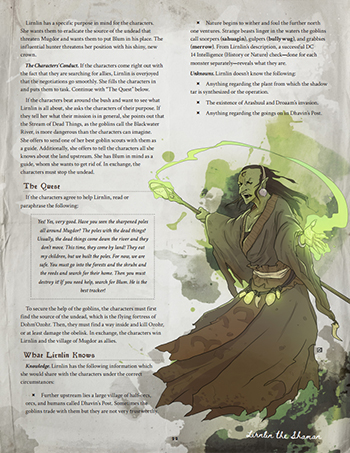 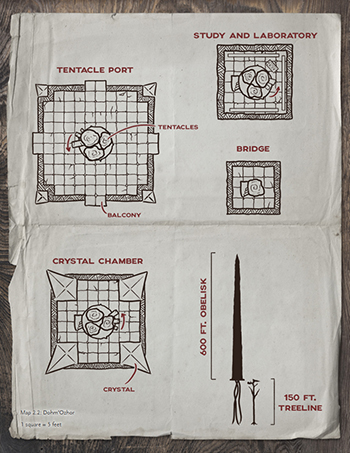 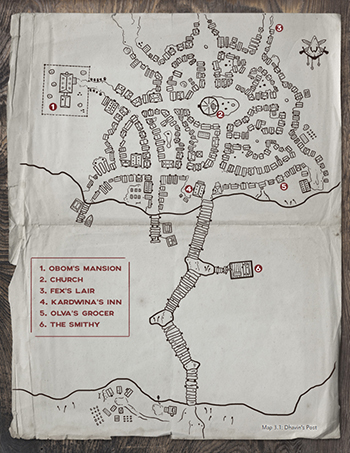