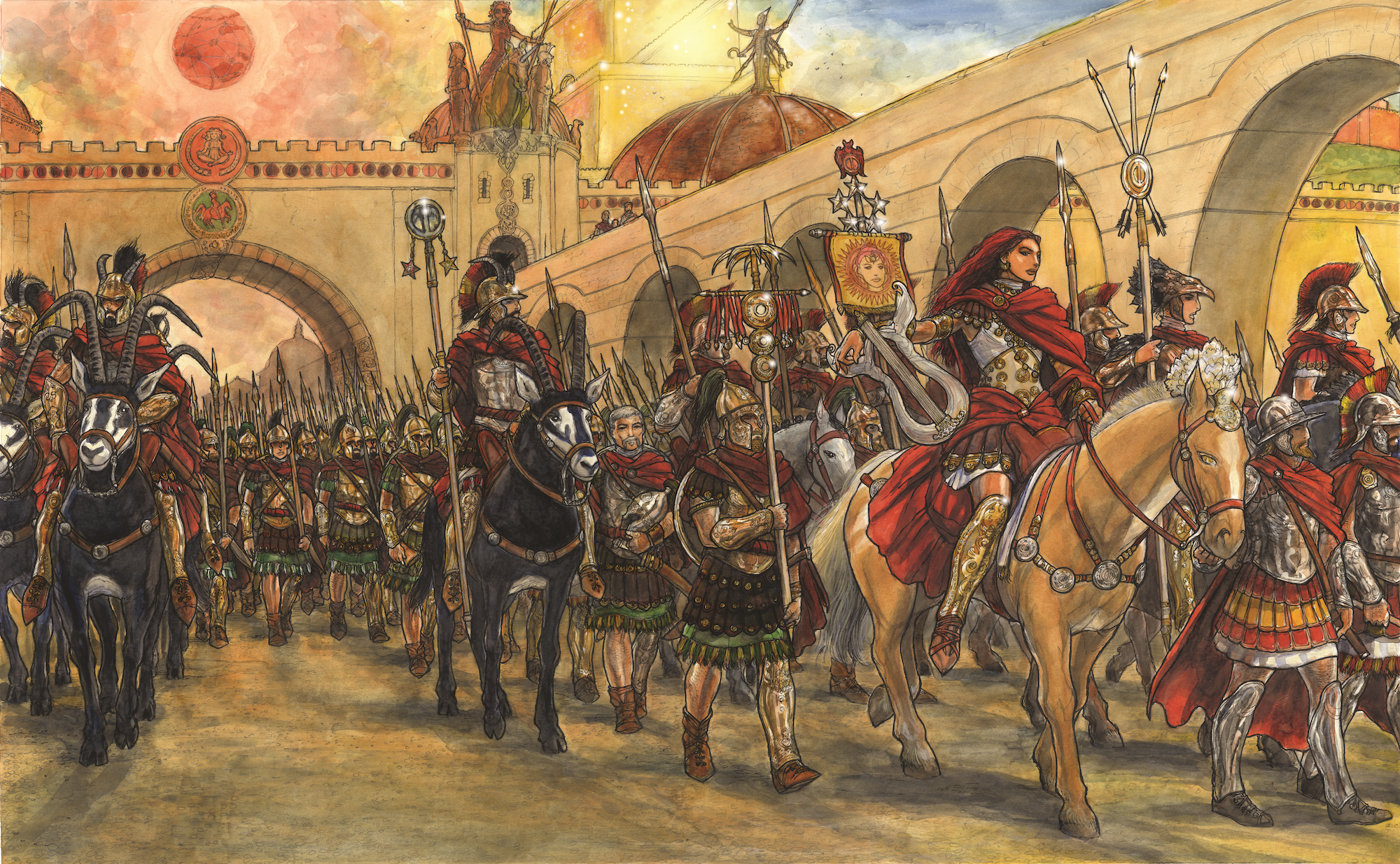 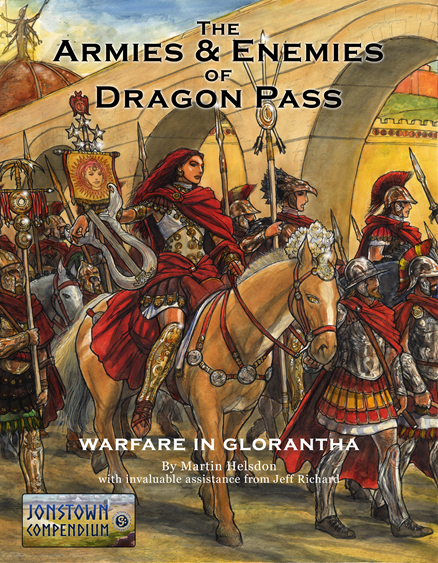 The timeless appeal of the legends of the Hero Wars has resulted in an enduring interest in the period.

Surviving texts, supplemented by archaeological evidence, are used here as the basis of this reconstruction of the combatants of the initial phases of that world-shattering conflict.

Focused on Dragon Pass and the surrounding regions (Peloria, Pent, Prax and Maniria), this volume presents details of the warriors, soldiers and mercenaries of the opening periods of the Hero Wars, their arms and armor, their cultures, histories and organization, the terrain they traveled, the battlefields on which they fought, their fortifications, their magic, and their gods.

Army Lists provide details of the regiments and other entities that fought in this epic conflict, supplemented by numerous illustrations of the participants.

Under the Jonstown Compendium community content license, fans of Greg Stafford's world of Glorantha can sell and share their own material on DriveThruRPG.

Check out the Jonstown Compendium Guidelines and start creating!

Publisher
Here our community ambassador Nick Brooke shows off the long-awaited print version of The Armies and Enemies of Dragon Pass, Martin Helsdon's magnum opus. And, at about 5:14, reveals a cheeky Greg Stafford easter egg that Martin and artist Mark Smylie snuck into the cover art of the book (shown in the top post).


The Armies and Enemies of Dragon Pass is available from the Jonstown Compendium at DriveThruRPG.