It's the second birthday of the Jonstown Compendium, Chaosium’s community content store for RuneQuest and Gloranthan gaming on DriveThruRPG by independent creators! And we do mean that literally, with charts...

Nick Brooke, one of our helpful and dedicated community content ambassadors, charts the success of the program, and how it is going from strength to strength:

"Since the Jonstown Compendium opened at the start of December 2019, independent creators have used its license to publish their own work set in Greg Stafford’s mythic fantasy world of Glorantha. On its second birthday, they’ve generously allowed us to share their results, which we hope will inform, inspire and encourage more authors, artists, cartographers, designers and others to get on board.

The charts that follow show the sales of every major Jonstown Compendium release over the past two years, cumkulatively by month (fig.1) and over time (fig. 2). This includes the 69 books in the first three categories of my Jonstown Compendium Index: the RuneQuest Scenarios, Glorantha Sourcebooks & QuestWorlds Titles. Sales of the other four product categories are, in general, significantly lower (this includes the Monsters of the Month, Zenith Counters, Adventure Outlines & Everything Else)... but most community content creators aren’t producing those.

Most Jonstown Compendium titles quickly earn their Copper (51 sales) and Silver (101) best-seller medals. Our star titles have hit Silver in days, Electrum (251) in a month, and Gold (501) in 3-4 months. At the time of writing, Six Seasons in Sartar has just surpassed Platinum status (1,001 sales).

Currently, more than twenty printed books are available from the Jonstown Compendium. As shown in fig. 4, on average, print sales make up 32% of total sales for those books with a print-on-demand edition. (Due to capacity constraints, titles must usually be Electrum best-sellers before being approved for print).

As these graphs show, the Jonstown Compendium is a successful community content programme, going from strength to strength. This was further demonstrated with Chaosium’s community content titles made a clean sweep of the 2021 ENNIE Awards for Best Organized Play: A Rough Guide to Glamour won the Gold award, and Citizens of the Lunar Empire was also a finalist." 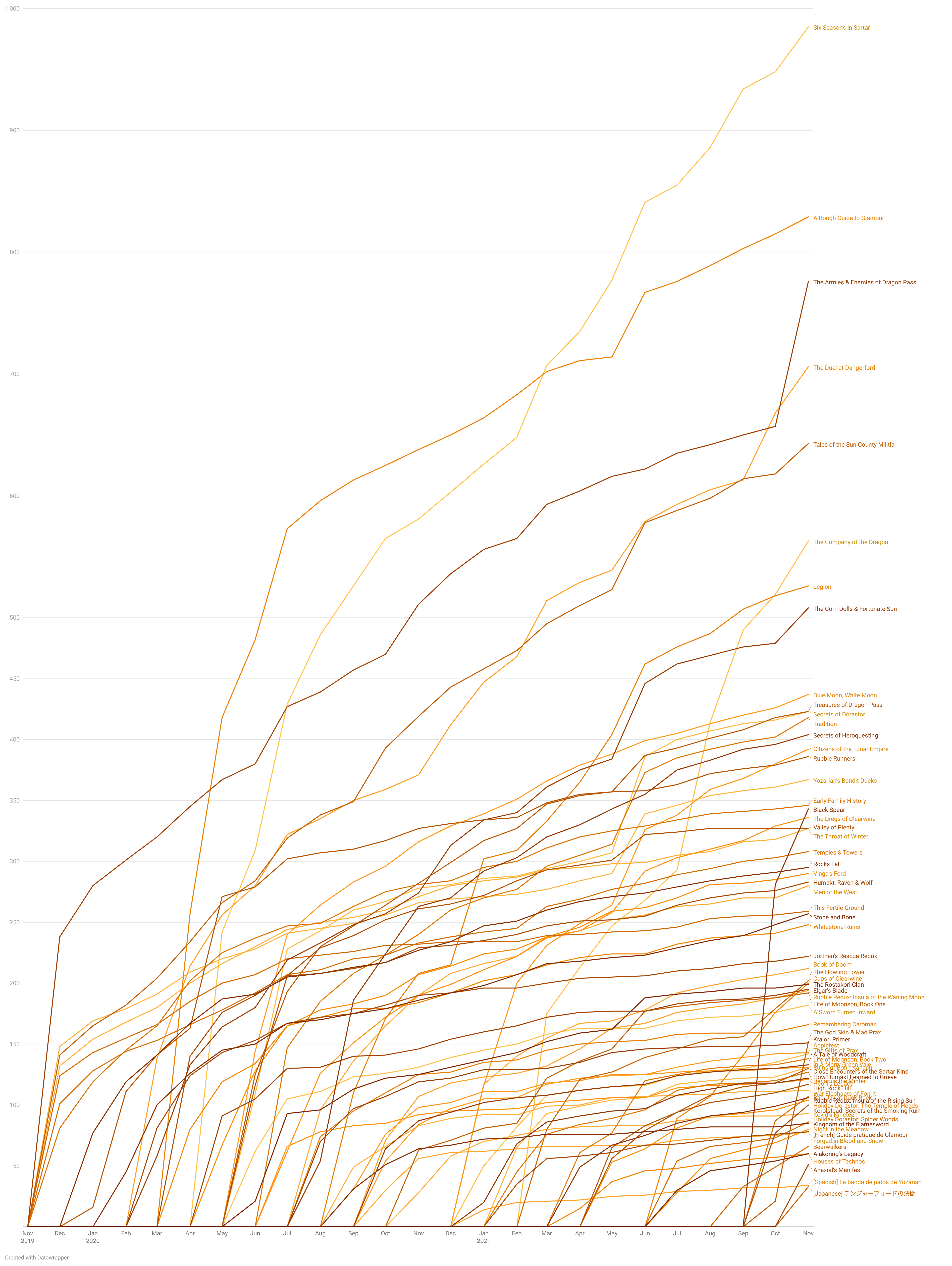 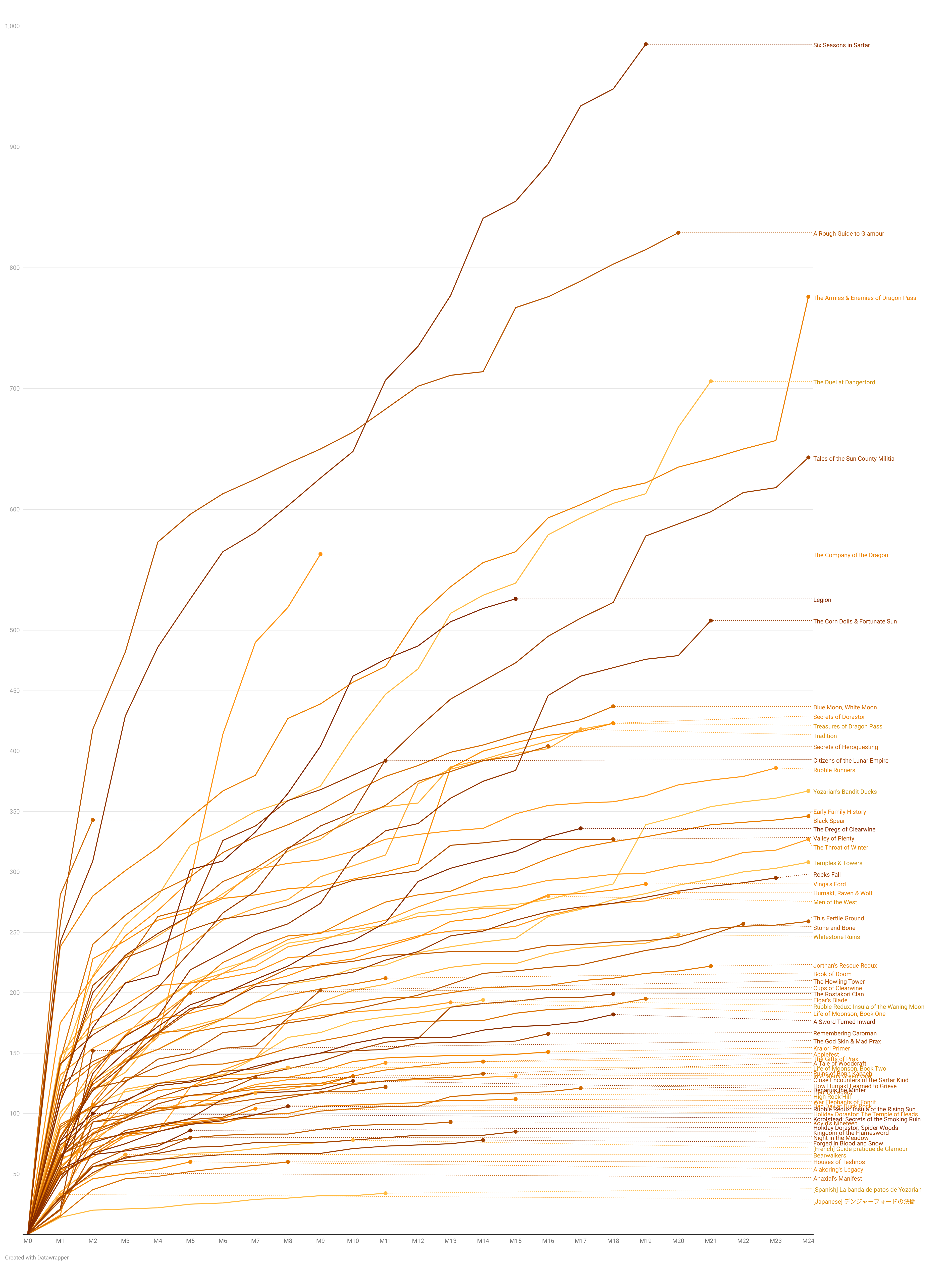 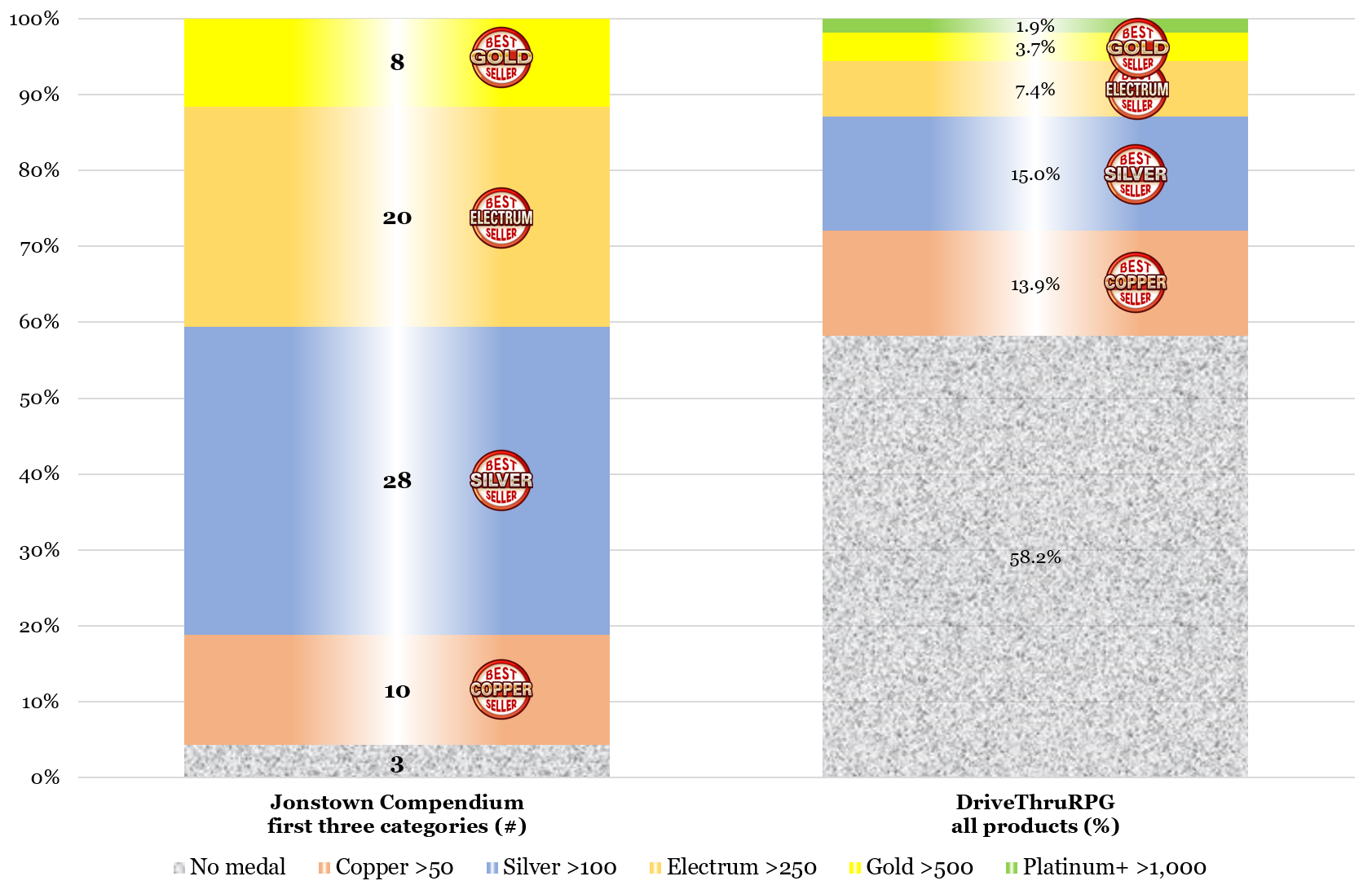 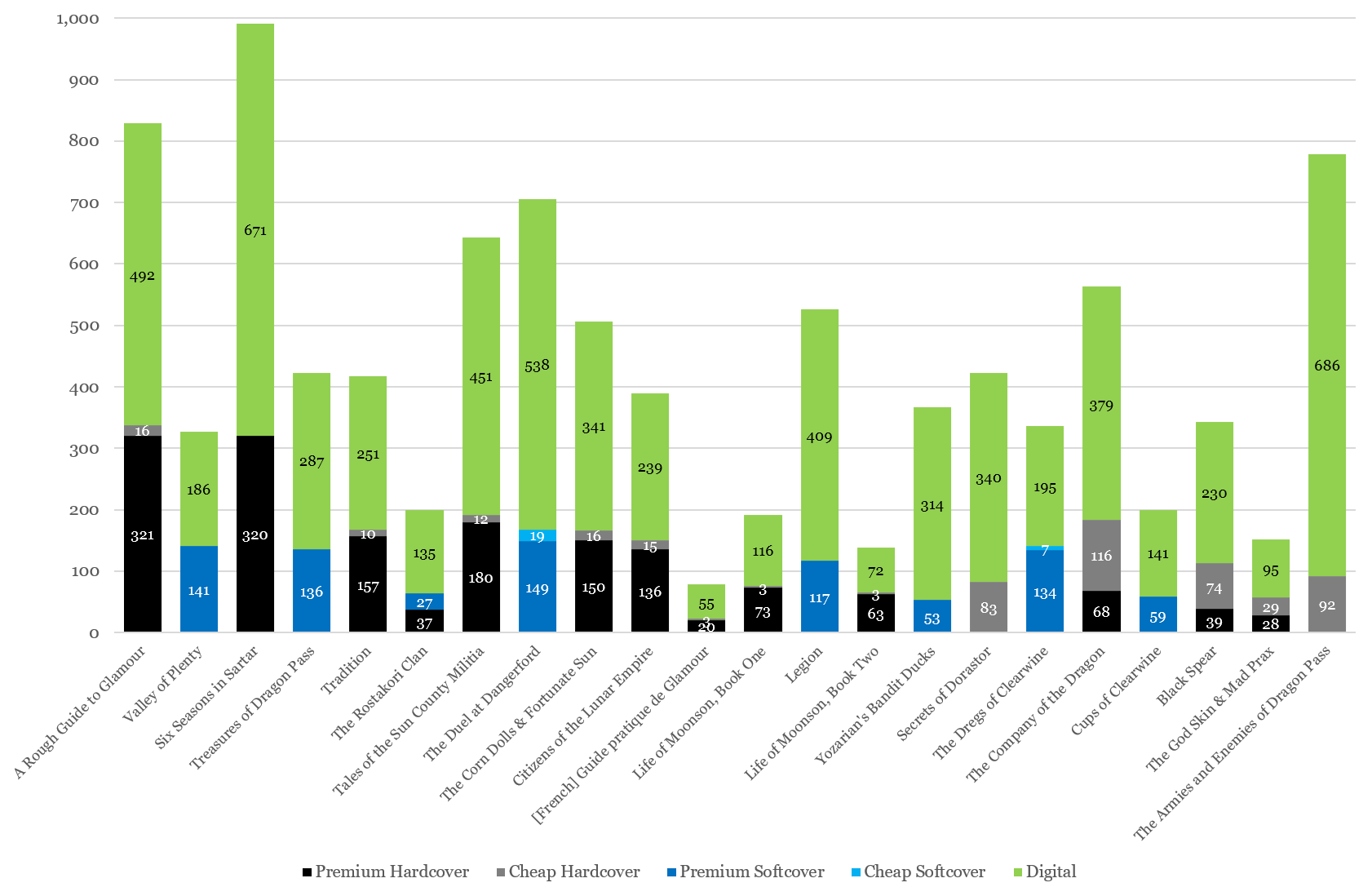