[Chaosium] THE DEAD OF WINTER, an epic story of intrigue, love, and horror set in 1929 across London and Russia: Tuesday nights on Chaosium Twitch 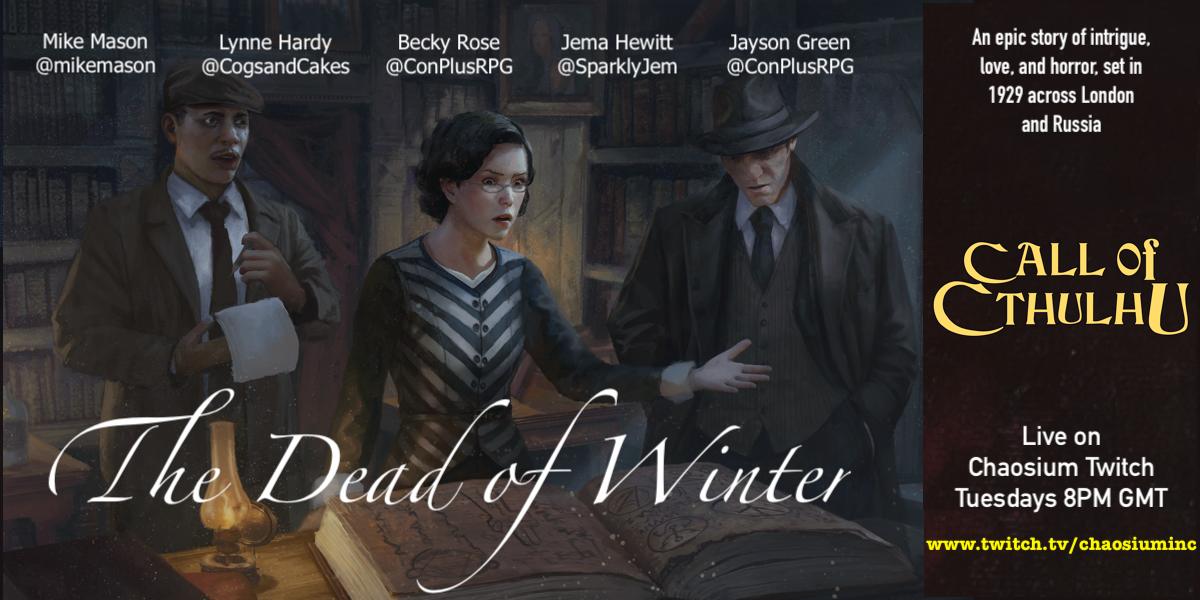 Coming to Chaosium Twitch on Tuesday nights: The Dead of Winter, a new Call of Cthulhu live play campaign. Set in 1929 in London and Russia, this is an epic tale of intrigue, love, and horror by Tim Wiseman, author of the brilliant Tatters of the King campaign.

Joining him are these intrepid investigators:
The strange reappearance of people long gone from the investigators’ lives precedes the arrival of two curious letters, both asking for help from unexpected sources. The investigators are drawn into a series of events taking them far from home and into the unfamiliar and potentially dangerous landscape of Soviet Russia where friends may be enemies and enemies might be friends.

Chaosium's DEAD OF WINTER. Episode 1 is now on YouTube : Each investigator has recently had a strange visitor, who they believed to be deceased, that has turned their eyes to distant Russia...