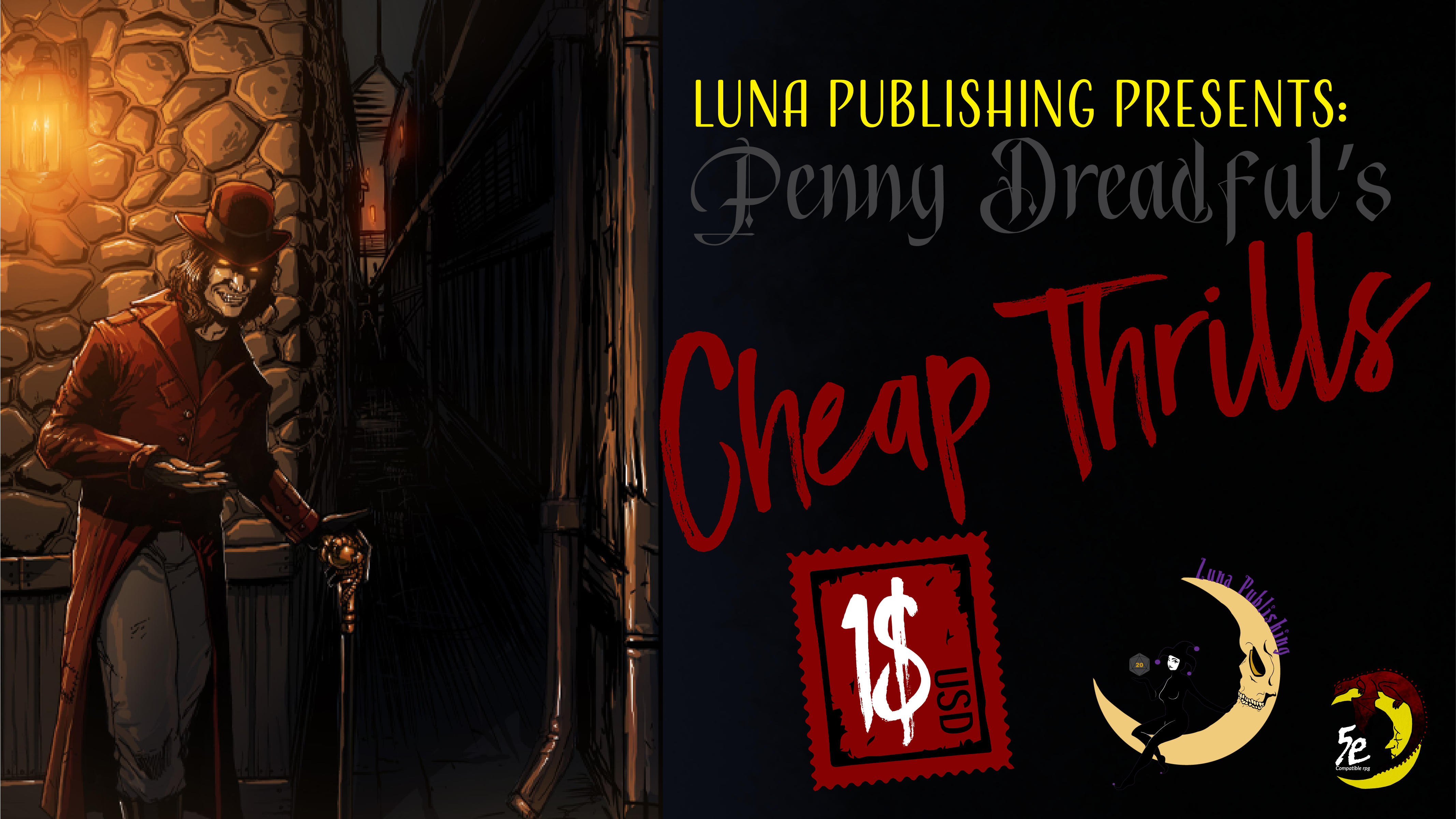 Cheap Thrills is now launched on Kickstarter. Minimum $1 pledge for 5 quick horror themed adventures adaptable to nearly any setting. Come check us out!

This set of Cheap Thrills is designed for parties of low-level adventurers between 1st and 5th level. Many are great fillers useful for filling adventures in a campaign. Use them to start a campaign, as an insert into a larger campaign, or as a one-shot adventure.

Skeletons in the Closet – Displaced from his family, a man returns home to inherit the ancestral home. With plans to sell it and leave the place of his birth once more, he begins making repairs and finds an old and sealed tunnel leading to an ancestral tomb he wasn't aware of...

Deadly Nightshade – A young man's parents beseech the party to slay an evil witch who has cursed their son to never awaken from a nightmare. The players must make their way into a dangerous thicket filled with the witches guardians, but is the witch justified in her punishment?

Vale of Shadow – A maiden is possessed by the evil spirit haunting an amulet. She races towards the spirits place of rest and power. The party is tasked with doing what they must to stop the amulet from reaching its destination. Is the party willing to kill an innocent woman to stop the great evil she is being forced to unleash, or can they find another way?

Alpha - The blood moon has risen. The pack has picked their prey. Moving through the forest the party comes across a grisly scene, and upon investigating find themselves the target of a werewolf pack. Can they survive the night?

Cult of the Rainbow Serpent - Strange cultists have been kidnapping men and women from their homes and taking them to the deep jungle. Inside of an ancient ruin a strange heavenly being demands human sacrifice. Can the cult be stopped?

We've not only met our recent goals, but we are doing very well! Funded in one hour, and we still have two weeks to go. If you are interested in five short horror themed adventures for only $1 come take a look!