Publisher
A third adventure set in Core sector is now available - once again written by Chris Griffen, we are proud to present Errant Lightning! 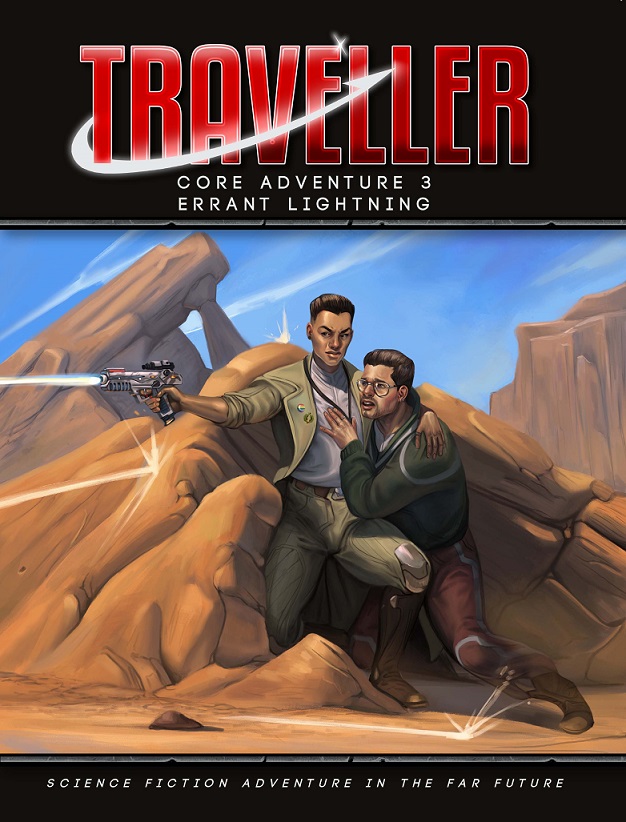 The Core sector is the heart of the Third Imperium, the seat of empire and an economic powerhouse, but even the Core has its backwater worlds. One such place is Adan, a dry, almost desert world with a unique ecosphere and a secret that few know.

Adan’s small hydrosphere is entirely located in a single deep sea called the Cleft. From that sea grows the Clench, a writhing mass of plant life that extends far into the desert, providing life-giving crops for the world’s six million people. Unfortunately, the Clench is dying and the only people who can help are a remote community of psionic exiles living in the deep desert. The people of Adan have come to terms with their presence, but a scientific team from an Imperial Research Station has come to the planet to find the psions and strip them of their psionic abilities using a controversial new technique. If they succeed, all of Adan might very well pay the price.