New Release
D&D Critical Role - Call of the Netherdeep
Wizards of the Coast
$29.99

CAN YOU CHANGE FATE?

The greed of mortals has awakened a powerful entity long thought destroyed. For eons, this mighty champion of the gods has been imprisoned in the darkest depths of Exandria. His name has been forgotten, as have his heroic deeds. Languishing in despair, he calls out for new heroes to save him.

Inspired by the campaigns of the hit series Critical Role, this adventure begins in the Wastes of Xhorhas and leads to the glimmering oasis-city of Ank’Harel on the continent of Marquet, and from there into a sunken realm of gloom, corruption, and sorrow known as the Netherdeep. Above it all, the red moon of Ruidus watches, twisting the fates of those who have the power to shape the course of history.

About the Campaign
*First major adventure module within Critical Role’s world of Exandria, taking players from levels 3-12.
*A multi-continental story that spans the scarred Wastes of Xhorhas, introduces the continent of Marquet, and eventually plunges players into the Netherdeep—a terrifying cross between the Far Realm and the deep ocean.
*Bursting with lore and all-new art depicting Exandria.
Includes new magic items and creatures and introduces new rival NPCs.
*Elements of the storyline tie into themes of Critical Role’s campaigns.

What is Included
*The entire contents of the book presented as an easy to read reference manual within Fantasy Grounds Unity
*image handouts that can be shared with players collectively or individually
*Maps for several locations, with the scale preset
*New portraits that players can use to represent their new and exciting monstrous characters
*Custom decals you can use to change the look of your Fantasy Grounds Unity desktop
*Stats for all items, monsters, and spells
*Tokens for every monster where an image is present
For use with the fifth edition Player’s Handbook, Monster Manual, and Dungeon Master’s Guide. 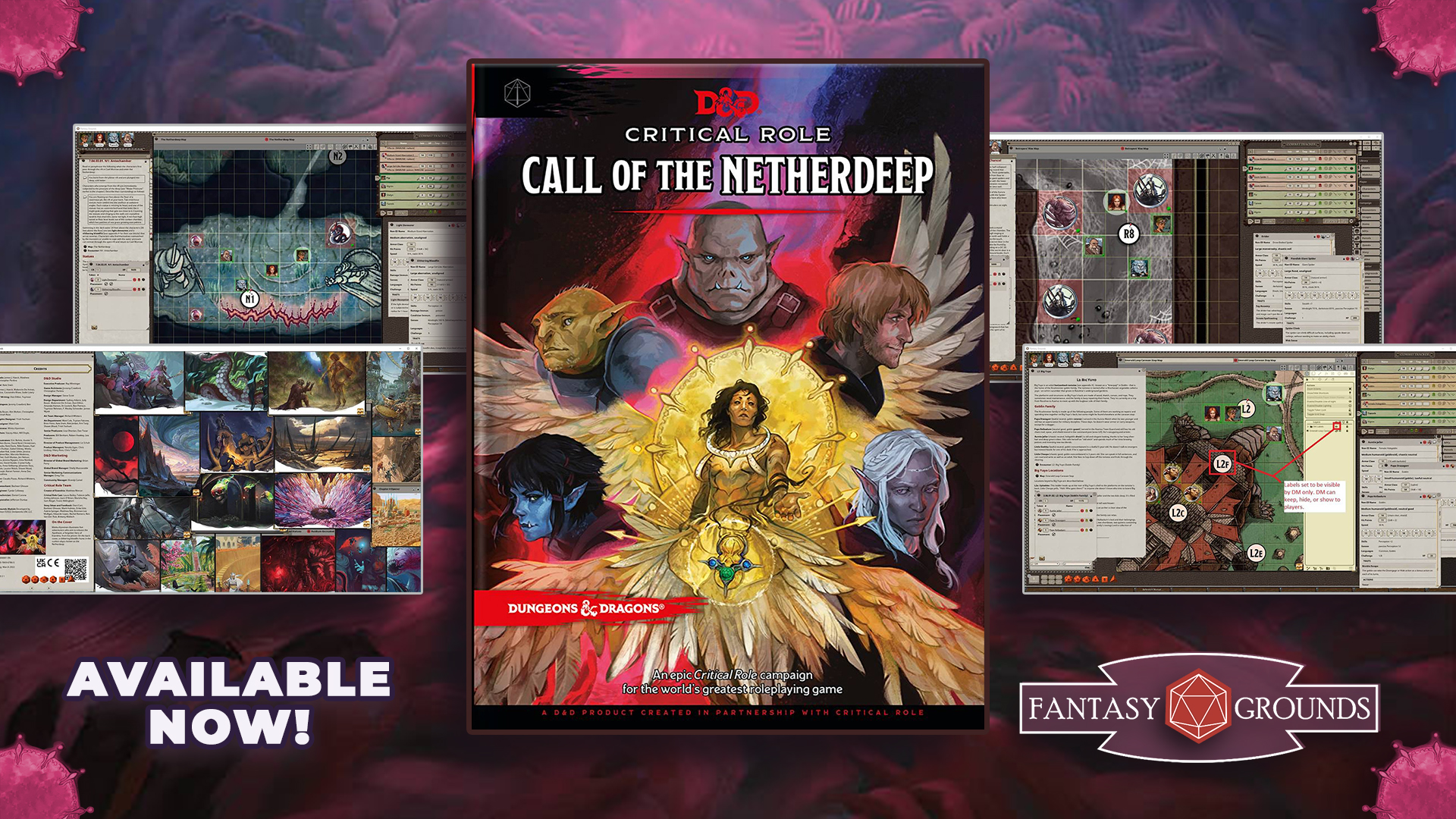