New Release
D&D Mordenkainen Presents Monsters of the Multiverse
Wizards of the Coast
$29.99

A bestiary of wondrous friends and foes for the world’s greatest roleplaying game.

Sparkling with the musings of the wizard Mordenkainen, this tome features a host of creatures for use in the DUNGEONS & DRAGONS roleplaying game. Hailing from every corner of the multiverse, these creatures represent some of the most benevolent and malevolent forces that D&D® heroes might face.

The book also gathers together fantastical peoples from many different worlds. Each of these people represents a race option when you create your D&D character, expanding on the choices in the Player’s Handbook.

Compiling and updating monsters that originally appeared in Volo’s Guide to Monsters and Mordenkainen’s Tome of Foes, this book presents friends and foes for any D&D campaign, many of them accompanied by the comments of Mordenkainen. The wizard has faced many of these monsters and peoples on numerous wondrous adventures. Now it’s time for you to venture forth and face these creatures yourself!

What is included:
*Includes over 250 monsters. Updates to the monsters include making spellcasters easier for Dungeon Masters to run; giving many monsters more damage and resilience; and improving the organization of the stat blocks themselves.
*Includes over 30 playable races. Brings all the game’s setting-agnostic races into one book, complementing the races in the Player’s Handbook.
*A multiverse of lore. Includes updates to monster lore that refocuses the stories on the D&D multiverse, rather than on any particular world.
*This module contains an updated reference manual with easy to read material and stat blocks
*NPC entries now contain a readable stat block in addition to the standard, automated actions
*247 Tokens linked to NPC records
*250+ transparent monster images you can use to build your own scenes, customize their color, size, and more
*52 Portraits you can use for characters 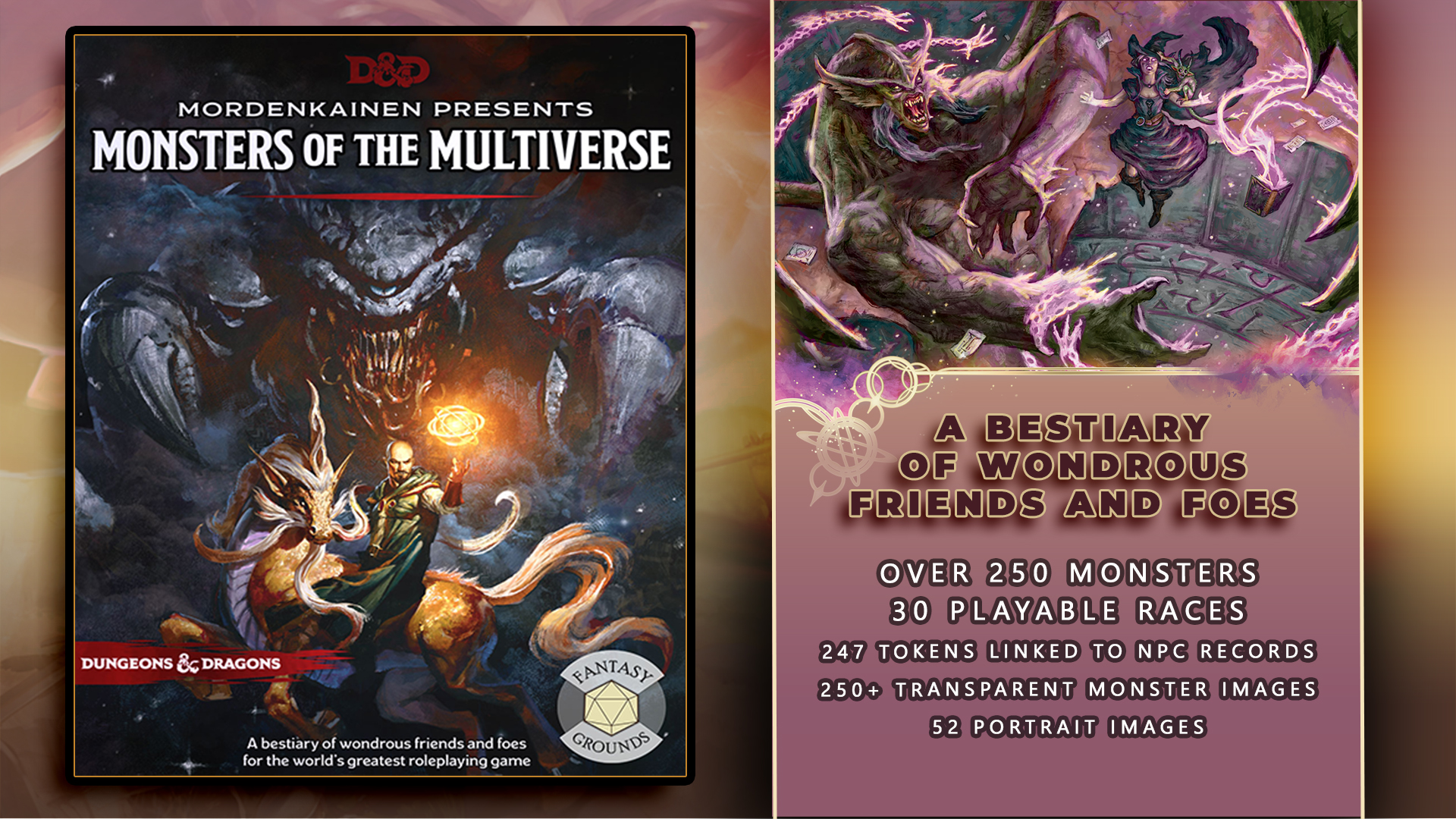