When my family is not playing escape rooms, we're often getting together playing Fortnite. It's something that started with my son, but our three-person team now includes my daughter too. And there's a lot to learn about combat tactics from a third-person massive multiplayer shooter. 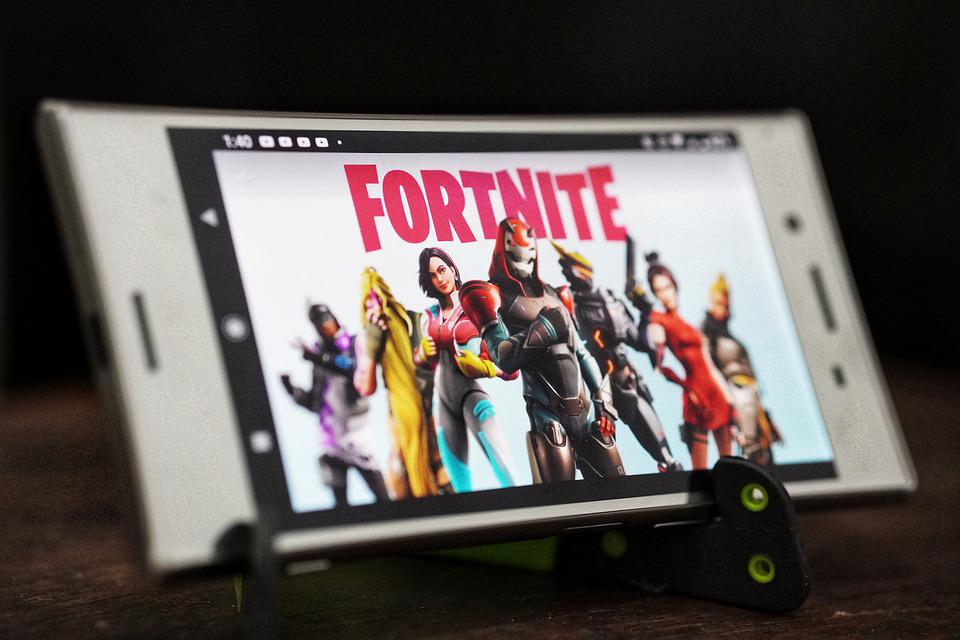 Fortnite's Battle Royale air drops 100 players onto an island with a time limit that counts down, tightening a storm circle that inflicts damage to players outside of it. The goal is to be the last man standing, although there are plenty of quests to pursue that don't necessarily involve combat. The game's title is a play on words: you can destroy structures and harvest their materials to quickly build your own crude forts.

Since its debut, Fortnite has expanded massively beyond shooting at other players. You can go fishing, hunt animals for food or tame them as pets, open vaults, fight monsters, dance to music, drive vehicles, and even camp out in a tent. All this while trying to survive within the time limit.

This allows a surprising amount of latitude that accommodates a wide range of tactics, specifically the military squad style that Dungeons & Dragons was originally known for.

In most Fortnite games, your character begins with one weapon or none at all. Finding equipment quickly is key, scattered throughout NPCs (that you can fight or purchase them from), in chests, or simply on the ground. Different items are color-coded by their rarity, which means players ruthlessly discard new items as they find better versions.

There are a variety of safes, chests, and vaults. Certain chests give out rarer treasure. There are also supply drops that descend from the sky on parachutes. There's even pinata-like animated llamas that give out treasure when you hit them (and flee when you attack).

Add all this up, and you can very quickly grab a lot of equipment in record time. But you have to look for it -- and in some cases, like chests which gives off a distinctive sound -- listen for it. Treasure is hidden in a variety of places, and Fortnite developers are fond of hiding them in false walls, under stairwells, and in attics.

Old school D&D players know this tactic well; in tournament games it was known as "Greyhawking the room" from the Living Greyhawk campaign -- ransacking everything for every bit of treasure. Most games no longer require players to detail searching every nook and cranny for treasure when time isn't a factor, but some OSR games encourage it.

There are just five slots to work with in Fortnite, so inventory management is an accelerated version of D&D's encumbrance, with certain items even taking up two slots. Fortunately, ammunition and material does not take up slots (you can have 999 of each). Your default harvesting tool (and melee weapon) does not count against this limit.

Older versions of D&D challenged players' inventory management skills with weight and cost, limiting characters to what they could afford and carry. 5E limits things further with certain magic items requiring attunement and just three attuned items at once. Like Fortnite, this requires players to measure what's best for their character in the short and long term.

Fortnite's storm mechanism ensures that play becomes increasingly claustrophobic over time, such that a terrain feature that wasn't important in the beginning of the game becomes critical when there's nowhere else to hide.

Fortnite features a wide variety of biomes, from frozen mountaintops to scorching deserts, giant mushrooms and towering trees to entire cities and towns. You can use all of this terrain to your advantage, including setting a lot of it on fire. Blowing it up is also an option, sending boulders and trees down slope toward your enemies.

In D&D, spellcasters with energy spells are the most sensitive to this advantage because it can mean the difference between trapping an enemy in a burning building ... or trapping the party in a burning building (or both). My wife's sorcerer is always weighing the pros and cons as to when she can break out her fireball spell and how much collateral damage it will inflict. Wooden rooms are her favorite (the party is a little less enthusiastic).


Never Split the Party (for Long)​

I'm the captain of our Fornite team, and half of my time is spent reminding my kids to 1) call their targets, 2) keep their shields and health up, and 3) stay in sight range of each other. The third point is the most critical, because organized teams will easily outgun single players.

Players in range can heal each other, point out enemies, and otherwise rely on visual and audio cues to keep each other aware of threats. Because so many rival groups are uncoordinated mobs that just shoot at anything that moves, a team that uses tactics wins every time. The key is that in the heat of battle, players are much more inclined to shoot first and ask questions later than set up sniper positions.

Similarly, D&D players are often accustomed to moving in a straight line toward an enemy. There's a fine line between going off on one's own and scouting ahead, with the distinction being communication: a rogue who is telepathically in touch with the rest of the party can be invaluable (like a Fortnite player sharing what they see over a headset), while a rogue who just goes off on their own will likely end up dead. Planning and coordinating attacks is almost always preferable, particularly when the DM has monsters do just that.

But that level of cohesion takes teamwork. Be it Fortnite or D&D, teamwork is something you have to work at. My kids only occasionally listen to me, but when we all work together, it's magic.

Your Turn: What tactics do you apply from first- or third-person shooters to RPGs or vice versa?
Click to expand...

TL;DR: "Fortnight has some slight an obvious similarities to D&D"

Crossover Fortnite/Spelljammer confirmed! (And Drizzt's daughter as skin) Oh, sorry, what was I thinking about?

Now seriously, we shouldn't be too surprised if there is a collab in the next year between Fortnite and D&D to promote the premier of the action-live movie.

There is an urban legend about Fortnite about this before to become the superpopular Battle-Royal in its beginings it was a totally different videogame about four heroes destroying and looting to build a tower defende full of traps against a monsters named "husks". That story is totally true because I bought the game, in the first day, the fact I bought the last copy there was in the shop. Fortnite: Save the World, the cooperative mode, is a totally different game, when the other three players are your allies (you are a teem working together), and you have to cooperate for the missions, tower defense most of times, but no always. And even sometimes there is a special type of mission, the dungeons, where the four heroes go underground killing monsters until the final boss.

Has anybody played Fortnite: Save the World?

What about a dark-domain in Ravenloft based in Fortnite?

Have you thought any time if Epic Games used the Creative Mode to launch its own Virtual-Tabletop this could cause a revolution in the market?

What if Epic Games and WotC worked together to create a virtual tabletop-role-playing-game based in Fortnite: Save the World + Gamma World?

Supporter
This ... is actually insightful and could play into some interesting "Simplified D&D" concept games.

Take the 5 slot inventory, as an example. Designate one slot for Armor and give the player a "Non-Slot" weapon, like Fortnite, and suddenly the choices, by class, become pretty obvious.

Yeah. In a Fortnite style game, Wizards would get spells as items since they're as reusable as shotguns (Just need to get ammo). Fighter's gotta have the sword and board option, the big weapon option, and the ranged option. Rogue's gotta be able to disarm traps...

Ramaster said:
TL;DR: "Fortnight has some slight an obvious similarities to D&D"
Click to expand...

Yeah it's an odd choice when there are literally hundreds of actual CRPGs out there with more similarities to D&D... and even shooters like Tiny Tina's Wonderlands for example. Fortnite to me is the boy band of gaming.

Before buying Fortnite(Save the World) I played a lot in "Orcs must die: Unchained" where I learnt some ideas about strategy to build a "killbox". 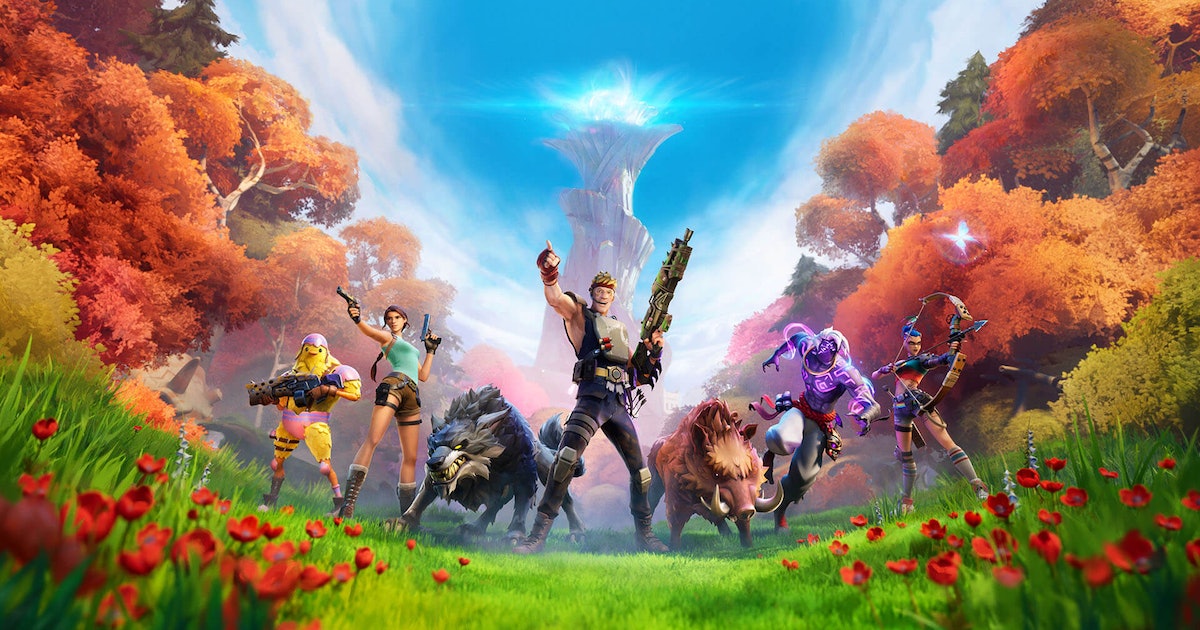 'Fortnite' feels dated, but a new leak reveals its savior

‘Fortnite’ Battle Royale has dominated gaming since it debuted in 2017, but it’s starting to feel a bit old. This new open-world RPG leak could fix everything.

I guess Epic Games wants Fortnite to become the ultimate "metaverse", and Hasbro, what loves to work with licence franchises, can't lose the eye over Fortnite. Sometimes I imagine the idea of a Fortnite: Save the World d20 RPG published by WotC, but maybe Epic Games wanted to develope a Fortnite mode as a virtual-tabletop, and this might to clear out the market.

WotC could collabs with Epic Games for a "Fortnite" version of Gamma World/Star Frontiers/Alternity-Star*Drive, like retropunk - vintage sci-fi.

As an old-school player from back in the BECMI days, I learned most of my small unit tactics from late '70's-early '80s action movies...

I feel like this worked pretty well. I've run a variation of a BR using this as a base. Very fun