David Kizzia of Monkeyfun Studios, kindly agreed to an interview about his company and RPG work. Monkeyfun publishes the Spirit of 77 and Bedlam Hall RPGs and recently kickstarted a town called Malice.

Charlie Dunwoody (CD): Who is Monkeyfun and how do you guys come up with RPGs and adventures?
David Kizzia (DK): I do most of the writing and creative stuff for Monkeyfun, and my wife Jadine is the person that keeps me on track and handles the business side of things. We tend to publish games that we ourselves want to play, so our stuff usually comes from a place of fandom on their own.

CD: What is your RPG design background and what is your favorite RPG work you’ve created?
DK: I started hacking versions of games since, wow, I think junior high. I had never been published, it was just something I used to do because I wanted to play a game based on a particular genre. Naturally I love all my children equally (laugh), but I think Masterpiece 77, is probably my favorite - the players are the “survivors” of many Shakespeare plays, brought back to Castle Elsinore a year after Hamlet’s death. It was nominated for an Ennie award so I can say I most proud of it.

CD: Your RPGs use Powered by the Apocalypse and soon the Story Pillar System. How do these systems help in bringing your RPGs to life?
DK: We tend to embrace game systems if they fit with the tone and theme we’re trying to convey. PbtA games are very elegant in their dice mechanics which allows people to stay focused on the action and not worry about the percentiles or difficulty ratings. The Story Pillar system is based more on a Fiasco-type of framework, more collaborative in its narrative. If you’re familiar with stories such as The Killing, Broadchurch, or Fortitude, you realize that Nordic dramas focus on how tragedy affects the entire community, as opposed to one group of people. That made the Story Pillar System more appropriate than say a strictly stats-drive experience.

CD: How would you respond if D&D players asked why should they should try one of your RPGs?
DK: Our games try to be newbie-friendly in terms of being easy to play. It’s easy to introduce someone to the world of RPG’s with a game like Spirit of 77 or Bedlam Hall, because we try to emphasize interesting stories. Oh and you can have a pet orangutan. Tell me that’s not awesome!

CD: How did you find an audience for adventures and will this trend continue?
DK: It’s funny you mentioned that, most people find it odd for an indie RPG based on the “Powered By the Apocalypse” framework to consistently put out adventures. We initially started doing it with Spirit of 77 because we knew there were certain stories we wanted to tell and we knew that not everyone had the pop culture background we had. Many of our fans weren’t even alive in the 70’s so it provides a good starting point for people to jump right in. 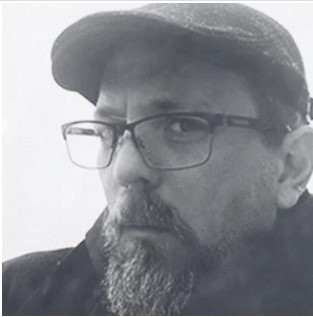 CD: When you work on an RPG what matters the most to you? Story, solid mechanics, art, layout etc.?
DK: Glad you asked! One of the things we do for our adventures (both Spirit of 77 and Bedlam Hall) is provide multiple options for the GM for the narrative that’s being built. We never want to dictate where the players may lead the story, so having multiple options at every turn gives the GM a lot to work with. This allows an adventure to end in a car chase for example, musical finale or even something totally off the wall.

CD: You recently kickstarted a town called Malice. Did that go well?
DK: It did! Malice was a departure for us, in that its town was more serious in nature than what we had done before. We had also used a new framework called the Story Pillar system that was created by Protagonist Studios. So we were really trying something new across the board, but it seemed fitting for the world of Nordic horror we were trying to convey.

CD: Any final comments you’d like to share with the readers of EN World?
DK: Find us! Our website is www.monkeyfunstudios.com, and we’re on Facebook, Twitter and Instagram. We have a lot of fun stuff we know you’re gonna love. Our motto is creating games to be played at maximum volume, and that’s just the kind of shenanigans you want! Keep on truckin’!

C
Charles Dunwoody
Charles Dunwoody started playing and running RPGs with Advanced Dungeons & Dragons (before it was first edition) and is currently GMing Forbidden Lands. He wrote a few articles for Dragon Magazine when it was in print, wrote a bit more for Mongoose’s electronic Signs & Portents, and was paid for a supplement for Bulldogs! (d20 version) that was sadly never published. Currently, he freelance writes including articles for EN World and Geek Native. He also camps year round, backpacks, and canoes when not reading and writing. Charles is a participant in the OneBookShelf Affiliate Program, an affiliate advertising program designed to provide a means for sites to earn advertising fees by advertising and linking to DriveThruRPG.