Eat This, It's Good for You!

Click here to view article text
Dungeons & Dragons set up many of the tropes that have since influenced computer and video role-playing games, but one of the more interesting offsets of this is how D&D handles food. Which is to say, it doesn't have particularly sophisticated mechanics to manage hunger in a stark departure from the electronic games that followed.

[h=3]The Original Rules[/h]The Original Dungeons & Dragons boxed set left much of the rules of survival, like eating, drinking, and sleeping, to another game entirely, Avalon Hill's Outdoor Survival, as explained by Delta:


In standard terrain, only food for men needs to be tracked. Cost is 5 and weight is 1 stone per man/week. Otherwise assume that water is generally available in small ponds and streams (each man with a waterskin; half-gallon, 1/3 stone), and horses may graze daily...Lack of Food or Water: Living creatures suffer 1d6 damage at the end of each week without food or each day without water. This damage cannot be healed until proper food and/or water is procured, at which point they regain 1 hp/level for each like time period. If under half hit points for this reason, then assume the creature’s movement is halved. Standard Rations Only: Only standard rations are generally available. Iron rations may be available in exceptional circumstances (dwarven or magical construction, etc.; one-third weight).
​
The separation of "standard rations" and "iron rations" is significant. Iron rations technically didn't exist as a concept until World War I:


The first attempt to make an individual ration for issue to soldiers in the field was the "iron ration", first introduced in 1907. It consisted of three 3-ounce cakes (made from a concoction of beef bouillon powder and parched and cooked wheat), three 1-ounce bars of sweetened chocolate, and packets of salt and pepper that was issued in a sealed tin packet that weighed one pound. It was designed for emergency use when the troops were unable to be supplied with food. It was later discontinued by the adoption of the "Reserve Ration" but its findings went into the development of the emergency D-ration.
​
It seems co-creator of D&D, Gary Gygax, had something else in mind, according to Michael (Gronan) Mornard:


“Iron Rations” in Gary’s mind were things like dried jerky, hardtack, and hard cheese. Medieval writers describe cheeses that were so dry and hard that they had to be broken up with a hammer and soaked in water to be eaten, but they’d keep virtually forever.
​
Players who didn't use Outdoor Survival likely handwaved eating food, and iron rations were a convenient excuse to do so -- so long as you could afford and carry it, there was no reason to worry about eating. There was also precedent in literature. In The Three Books of Occult Philosophy, a Scythian herb is mentioned that allows a person to endure "twelve dayes hunger and thirst." Later popular examples include "cram" and "lembas" from J.R.R. Tolkien's Lord of the Rings.
[h=3]The Heavy Burden of Food[/h]With Advanced Dungeons & Dragons, these rules became much more fleshed out:


The first edition Player’s Handbook (1978) listed iron rations for a week as 5 gp. and standard rations for a week as 3 gp. The first edition Dungeon Master’s Guide (1979) gives iron rations as encumbering as 75 gp. and standard rations as 200 gp., so back then the rationale was that iron rations were slightly more expensive, but weighed a lot less. This was obviously because iron rations were dried meat, pemmican, or trail mix, or some combination of these. So iron rations was dried or preserved food and would last longer (i.e. months) than standard rations, which might go back in a few days. This was further explained in 2nd edition, which said that iron rations consisted of dried meat, bread, vegetables, and some cheeses. Standard rations were “unpreserved foods, such as soft breads, fruits, vegetables, and fresh meat, in sufficient quantity to feed one person for one week.”
​
Food then, wasn't so much tracked as a record of food consumption as it was a necessary burden of cost and encumbrance. That all changed with the Wilderness Survival Guide, which provided comprehensive rules on hunger. By the time the 3.5 Edition of D&D came along, D&D rules were simplified considerably:


A character needs one pound of food per day and can make food last longer by subsisting on half rations. Eating half a pound of food in a day counts as half a day without food. A character can go without food for a number of days equal to 3 + his or her Constitution modifier (minimum 1). At the end of each day beyond that limit, a character automatically suffers one level of exhaustion. A normal day of eating resets the count of days without food to zero.
​
In essence, food and hunger have always been penalties in D&D, a necessity that cause penalties if the PCs went without. That all changed once video games applied a similar concept.
[h=3]Why Does Food Heal You?[/h]Instead of subtracting from a character by its absence, food became a means of healing. The first electronic RPG to do this was a game set in the modern day, called Earthbound, part of the Mother RPG series:


Food is the sole variety of healing item in EarthBound. The more expensive foods heal better, and you can buy condiments that increase their effects—if the combination is bad, such as hamburgers and sugar, it doesn't heal much; if it's good, such as fries and ketchup, it is very effective. While healing foods already existed in RPGs, they were usually treated as more of a depleting resource, as inherited from Western RPGs, or only healed a small amount. Due to its strong focus on their use, the first Mother is theorized to be the Trope Codifier for food as standard healing items, at least for the genre. Other Eastern RPGs were streamlining out several resource management parts, and and so edibles found their niche.
​
Whereas fantasy settings looked at food as a scarce but necessary resource, modern games treated food as a means of supplanting the traditional healing potion's role. Cracked explains where all this breaks down:


In a strictly biological sense, healing is just a macroscopic perspective of cellular regrowth, a process which requires the body to have a source of energy. This energy is commonly supplied by food - at least in the non-plant protagonists common in video games. But as with first aid kits, it's the speed with which these entire chickens are digested and turned into re-grown tissue which defies belief.
​
This trope, known as "Hyperactive Metabolism," has become so ingrained that it is now reflected in fantasy CRPGs too. What started as a necessary evil in fantasy became something in modern CRPGs that parents everywhere have told their kids for ages: "eat this, it's good for you!"

Mike "Talien" Tresca is a freelance game columnist, author, communicator, and a participant in the Amazon Services LLC Associates Program, an affiliate advertising program designed to provide a means for sites to earn advertising fees by advertising and linking to http://amazon.com. You can follow him at Patreon.

When I saw the blurb for the article I thought "What about Outdoor Survival?". It was great for tracking food and water supplies and usage. We were miniature / war gamers and we tracked food, water, and encumbrance religiously... My players generally didn't want to "waste" magic for food and there were some peculiar effects with food found in some areas (Player: "Hallucinogenic rabbit meat you say?"; DM: "Yes, magical forest you know...") Then too, foraging for food slowed you down (house rule time) and the wilderness was a dangerous place. *sigh* Those were good days. Standard rations could spoil fairly quickly (as was mentioned above) in those humid unhealthy dungeons and forests, while iron rations kept. Foraged rations were always "standard" rations. And do NOT eat the weird mushrooms you find in those magical underground caverns

And do NOT eat the weird mushrooms you find in those magical underground caverns
Click to expand...

Shriekers- while tasty- give you the worst gas: stinky, noisy and voluminous.

My Ashes of Athas (4e) druid was supposed to be a paragon of wilderness survival, but I managed to roll a 1 when I tried to turn a defeated poisonous monster into Survival Rations.
With DM approval, my prize for the module was a load of "fugu jerky" - the preserved meat still had the poison in it. I of course used it as 'bait' when an overwhelmingly powerful wild monster blocked our path...

Eltab said:
My Ashes of Athas (4e) druid was supposed to be a paragon of wilderness survival, but I managed to roll a 1 when I tried to turn a defeated poisonous monster into Survival Rations.
Click to expand...

This is the guy I’m seeing in my mind... 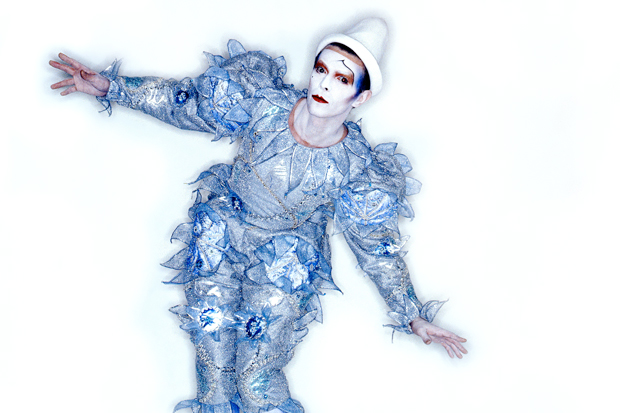 “A character can go without food for a number of days equal to 3 + his or her Constitution modifier (minimum 1). A normal day of eating resets the count of days without food to zero.”

On last nights episode of Chaos Agents our guest star befriended the Ogres looting an orc encampment. So suddenly orc was on the menu for lunch. Our wood elf cleric made a survival check to prepare and cook for our new ogre companions. If you watch it back on twitch and read the chat its so funny reading all of the names for orc dishes that the chat came out with.