Planar adventures focus on cosmic entities and divine beings but there are tiny creatures too—the kind that go unnoticed until it's too late! Today EN5ider considers dimensional afflictions, sicknesses that go beyond the Material Plane. 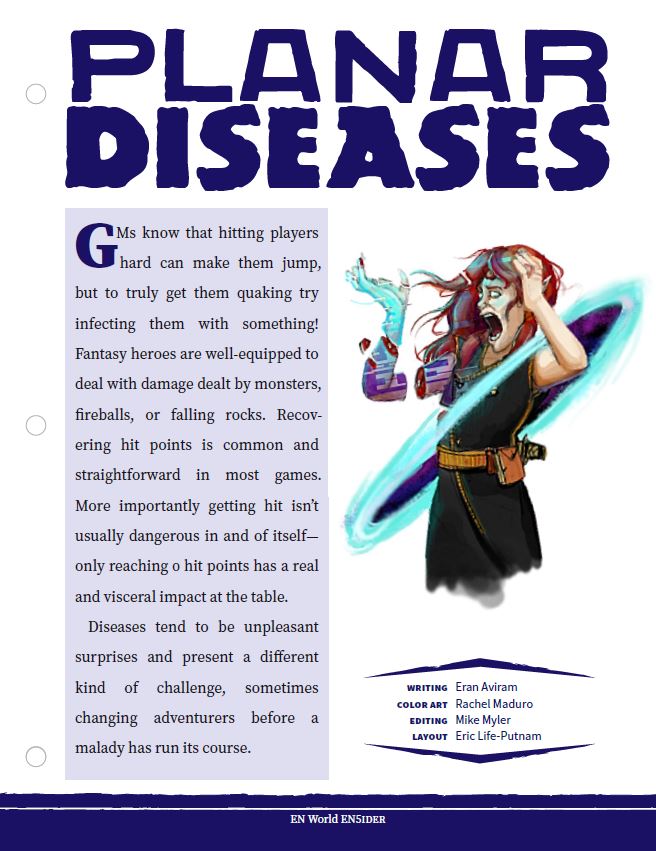 I entirely forgot to mention that there's a preview PDF for the savant and A Touch More Class that can be downloaded for free!