EN5ider is closing out 2019 with a bang! To celebrate the holiday season a minister in training and theologian takes a look at prayerbooks that bring a studious aspect to playing clerics, and a bonus 6th article for the month of December finally answers the question of why there are so many half-orcs, half-elves, tieflings, and other half-breeds roving about—and introduces a particularly irresponsible fellow who sired many of them. 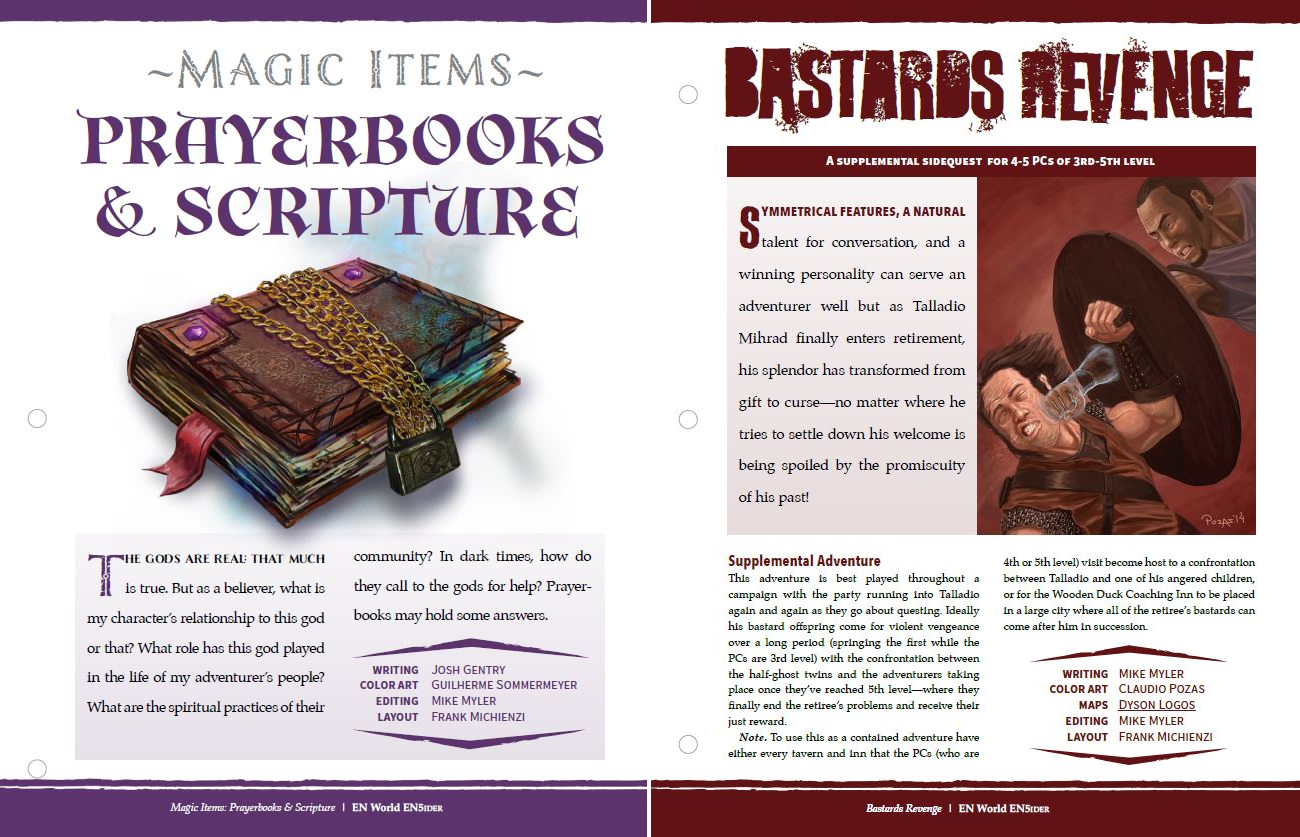