We've all got them but today EN5ider takes on the challenge of making a settlement's police force engaging and varied—with this excellent organizations article in hand, you can quickly bring some character to the city watch in your games! 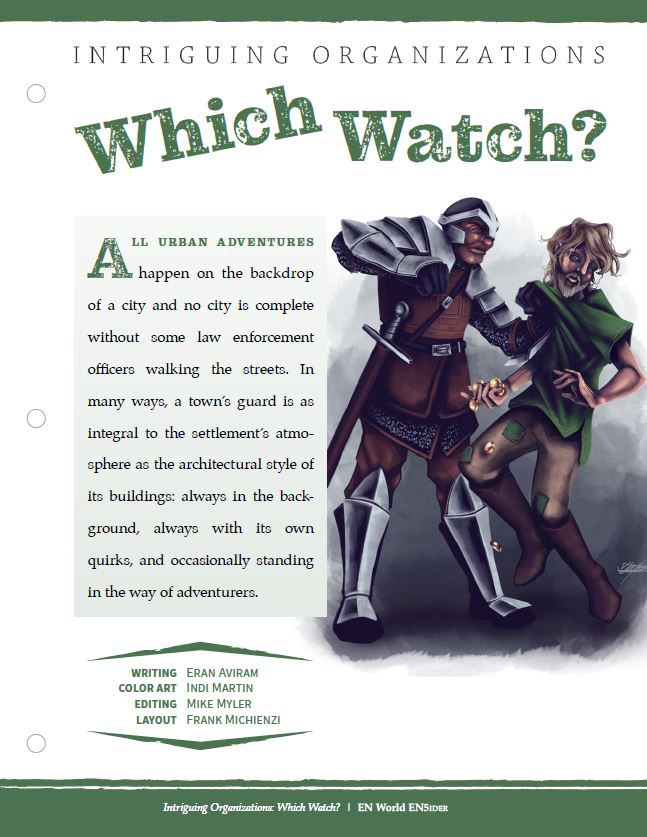