EN5ider knows the plights of the gamemaster. When your players look up at you, hope shining in their eyes as they ask if they can keep a litter of baby snow leopards, infant otyugh, or cooing newborn drake (who will surely die without love and care from the parents they so recently killed), we want you to say yes—and we have some rules to help guide you through that process! 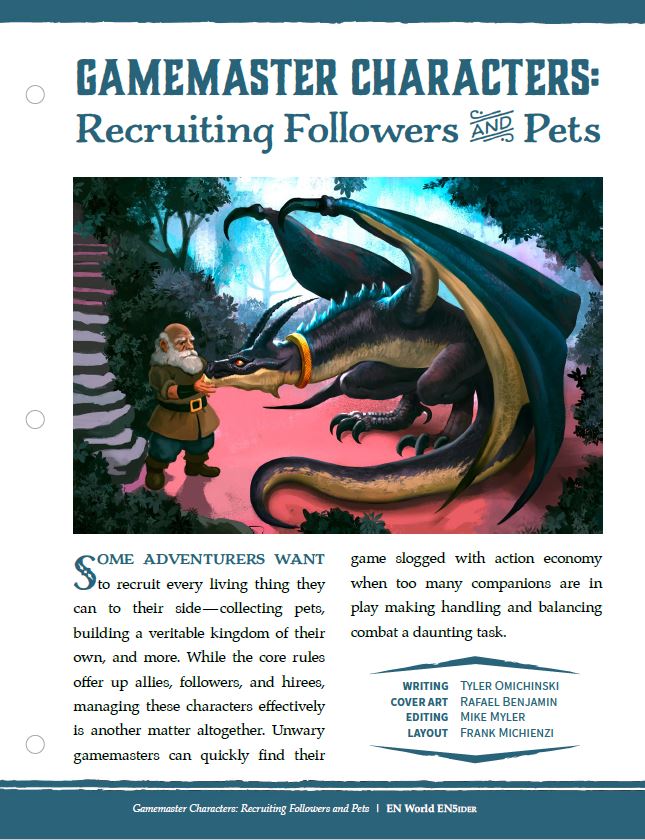