This week EN5ider presents a set of thirteen unearthly enchanted trinkets perfect for occult investigations, strange hermit merchants, and any other creepy traders! 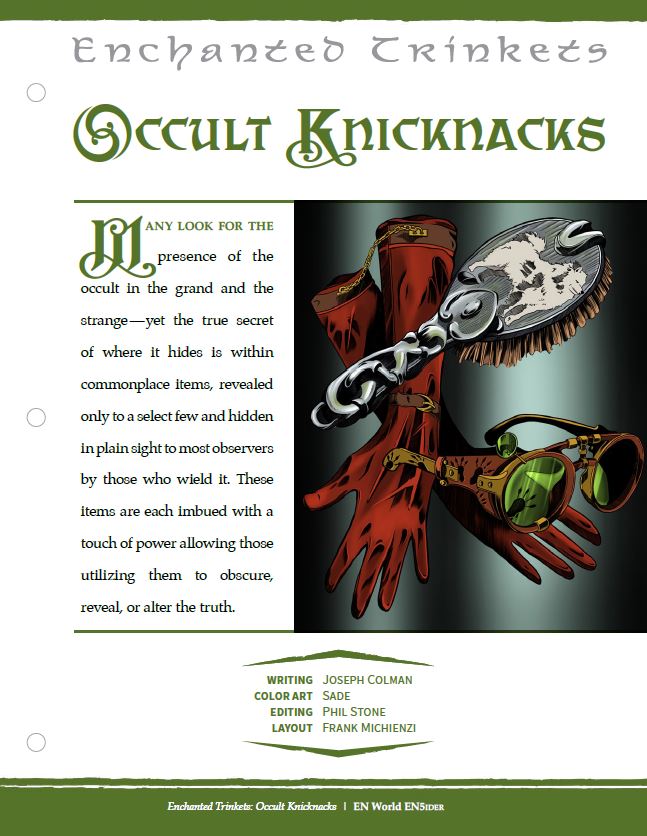