This Enchanted Trinkets article on EN5ider today is unique even for this series: true names as magic items. Granted a hell of a lot people know these true names, but hey you buy a piece of a fiend for just 70 gold and you get what you get... 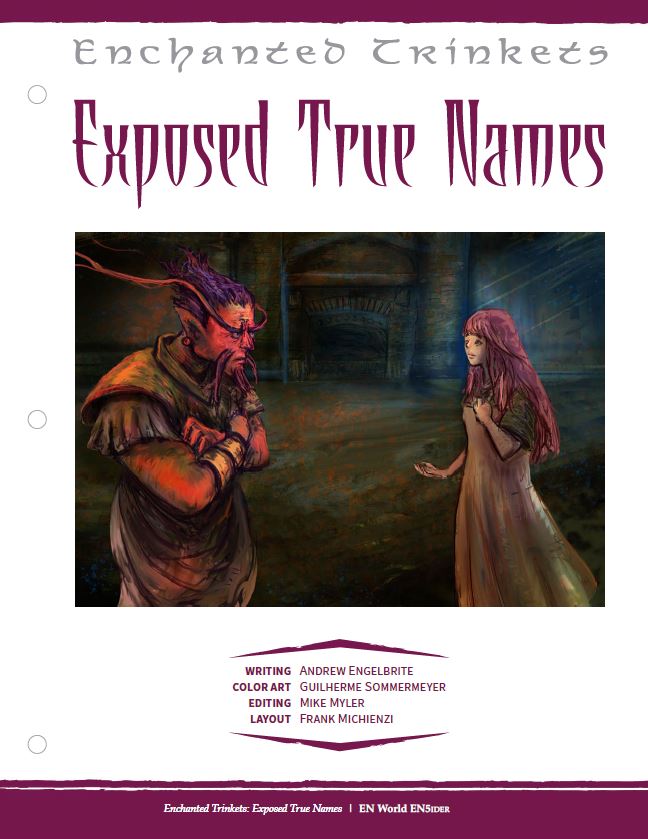