Not all masters of the undead have to be necromancers, and with that in mind today's issue of EN5ider has an unusual sort of alchemist... 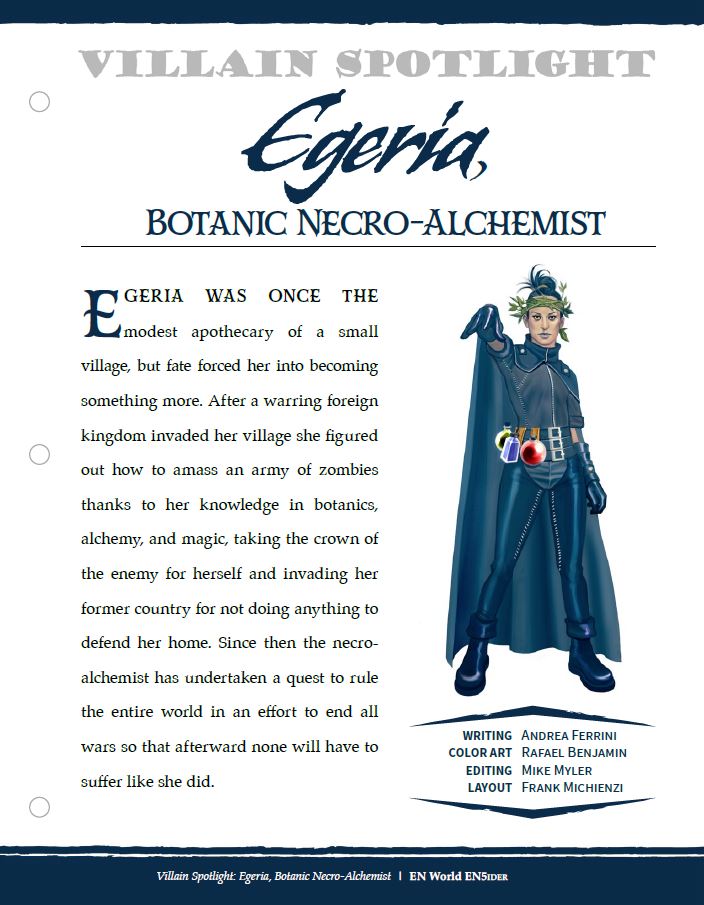