Today's issue of EN5ider wants you to do what you have always wanted to: lob a goblin at the party. As always there's more though, each combo a delectable surprise for the adventurers the next time they face more than one kind of creature! 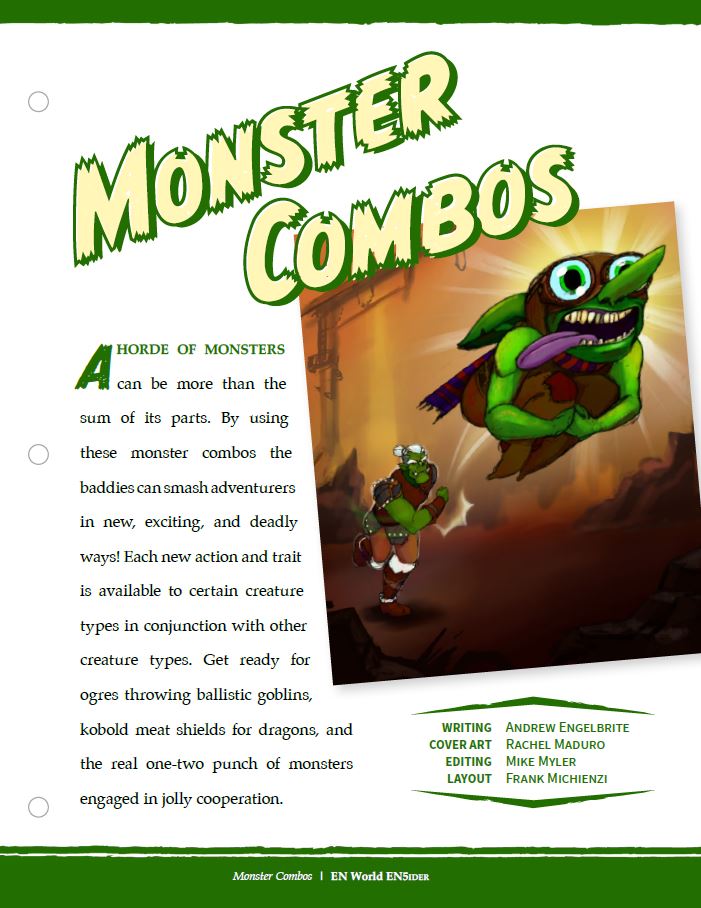 Is this a case of sensivity editing failing?
Tossing 'small people' is not funny and is outright banned in many countries.

I don't think so. Nobody mentioned dwarves, it's not presented as a contest, and one creature throwing another creature as an attack is markedly different than dwarf-tossing. 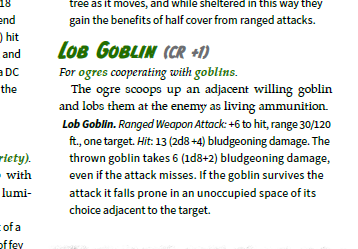 In this specific case it's a Large creature throwing a Small creature in the same tradition as the Fastball Special.