What seems like a simple ransom delivery goes awry and in true EN5ider fashion the heroes in this mini-adventure are faced with an unexpected choice when the plot reaches its zenith! 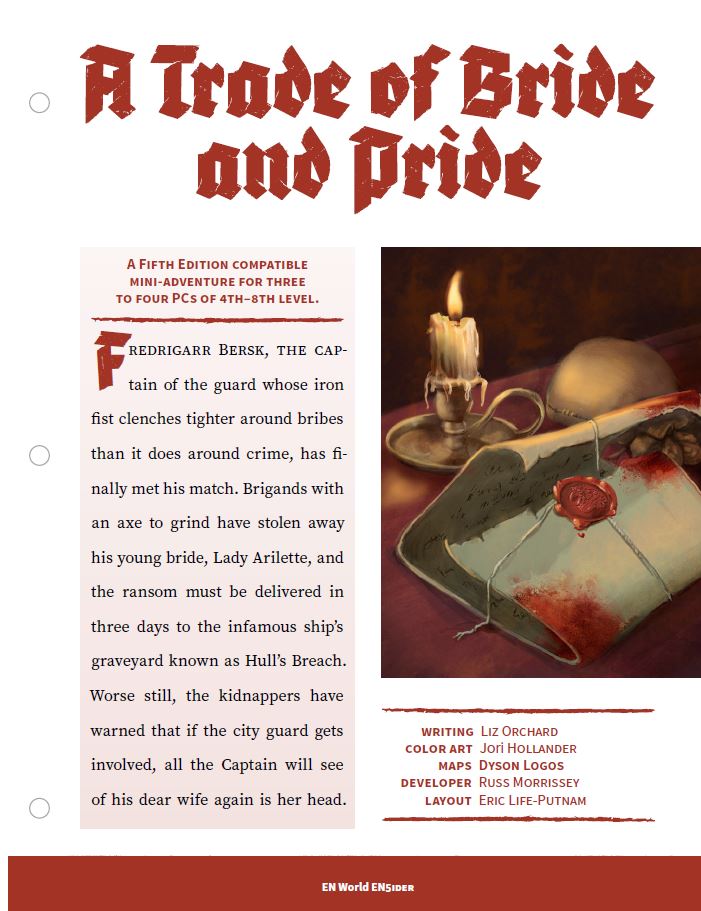