The To Smite A Fiend adventure comes to a close on EN5ider today in a thrilling dungeon dive into the keep of a wizard that has wrangled both celestials and fiends under his control! 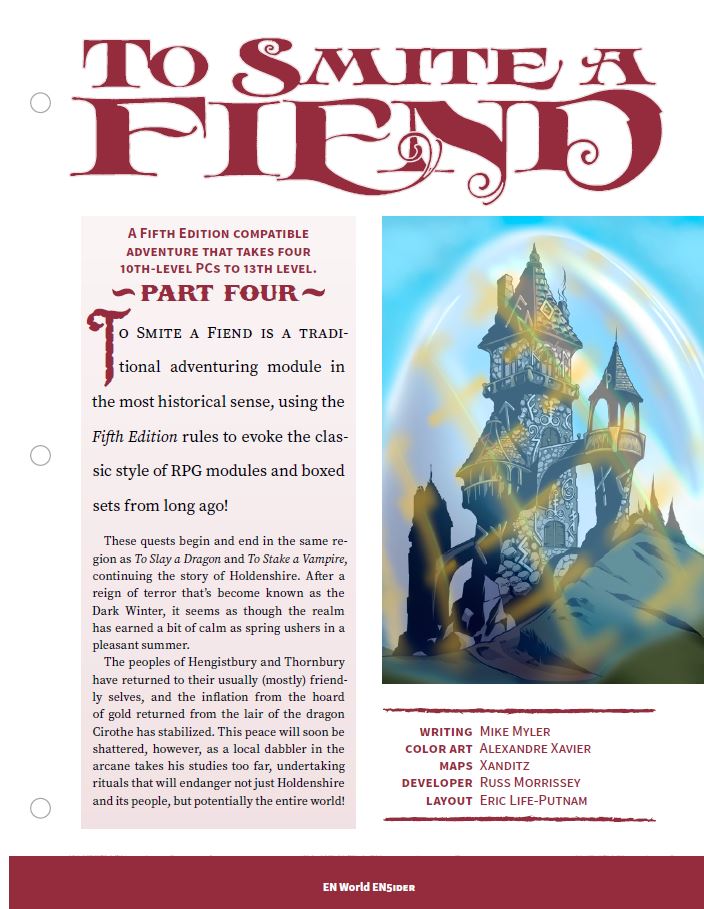