This issue of EN5ider calls for the party to try a bit of diplomacy to solve an encounter—though swords might do the trick, any violence will have unpleasant consequences. 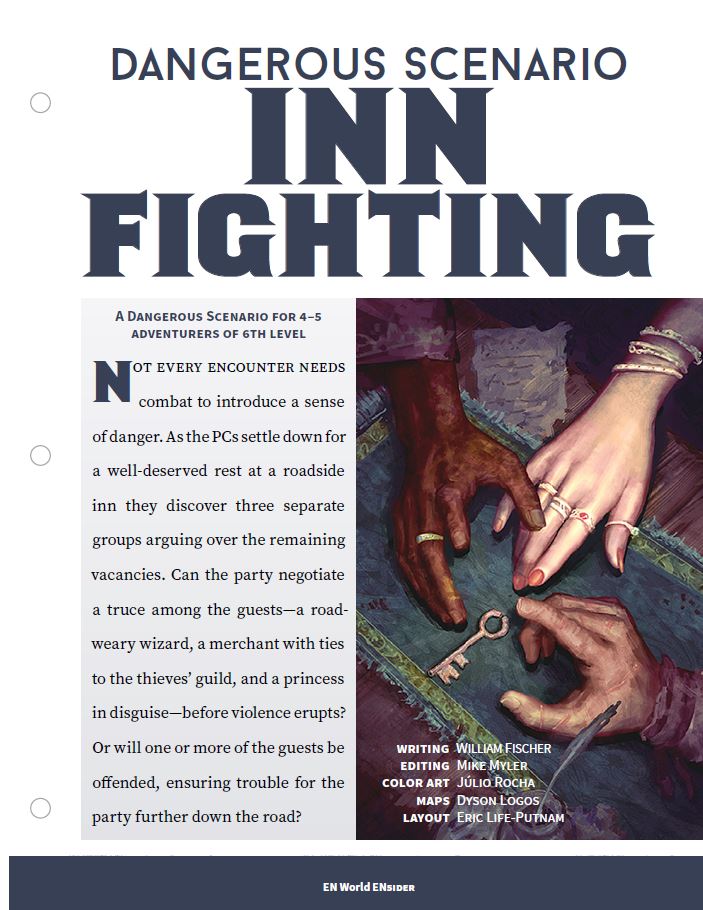