Today's issue of EN5ider includes all the tools a GM needs to run the War for Ideas at the climax of Tip of the Tongue! 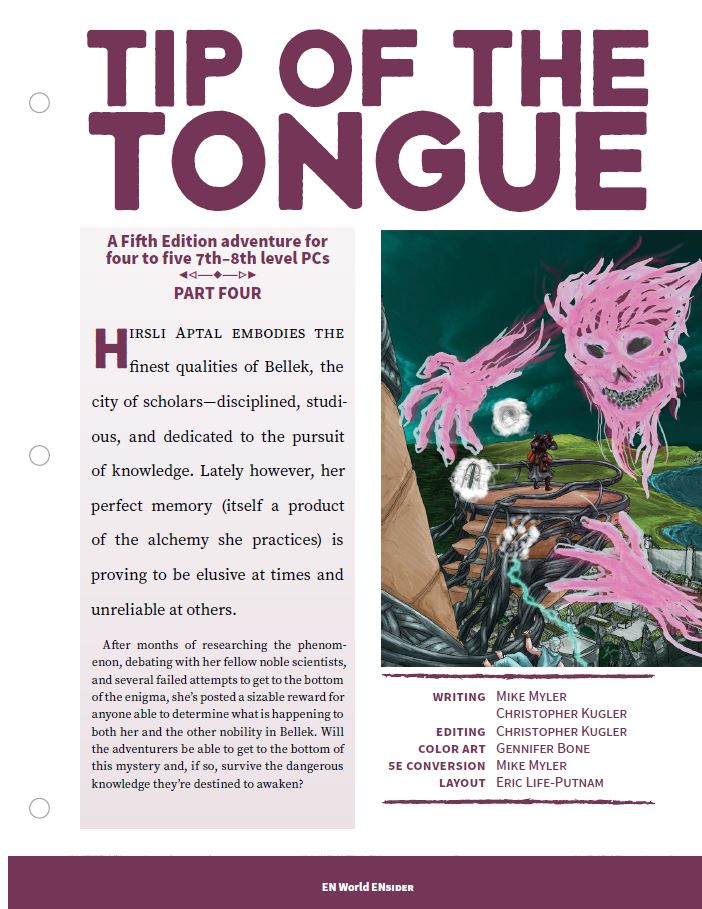