With today's issue of EN5ider the slain elemental from a few sessions back can return with gusto to haunt the adventurers anew! 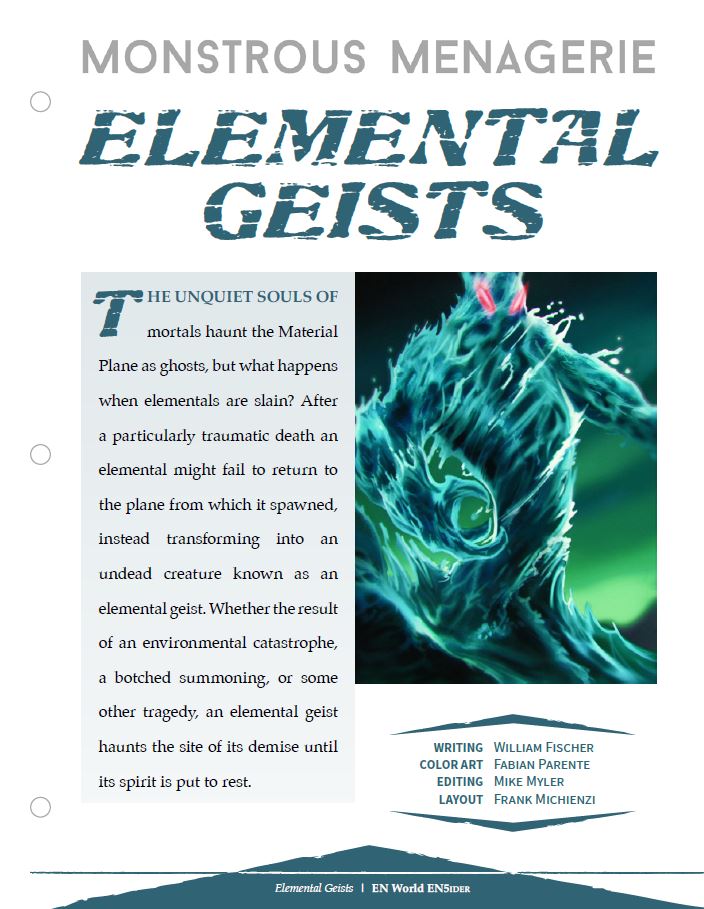