Today's EN5ider is all about a deity that's not forgotten or forgiven his fall from divinity—and the adventurous means he'll use to reclaim his place among the gods. 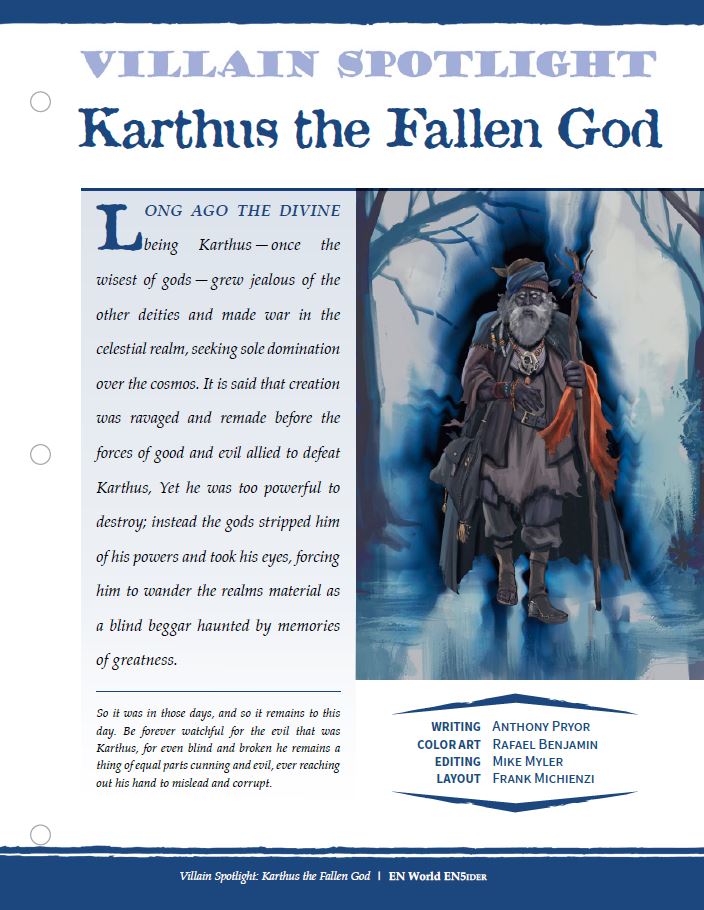